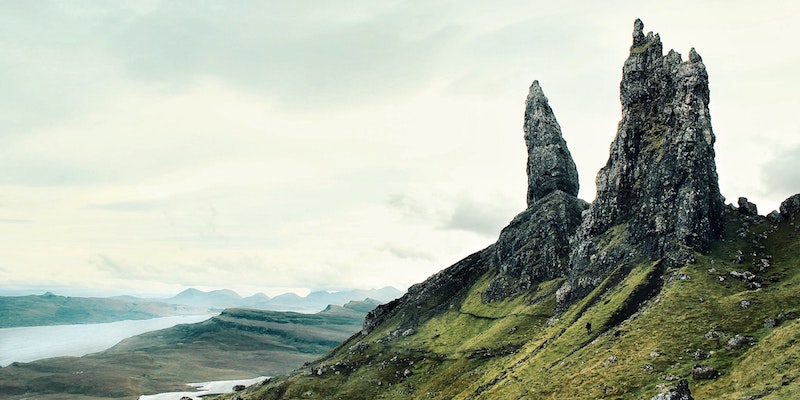 From World Wars to Airborne Fairies: How History, Myth, and Folklore Shape Our Stories

I’ve always gravitated towards literature that blends the historical with dramatic elements of myth and the mystical. Even during childhood, I adored fictionalized accounts of the lives of historical characters, atmospheric tales of thrilling exploits, and almost any story set during medieval times Later, I became interested in twentieth-century history, and understanding the story of how we, as a society, got to where we are.

My upcoming novel, The Wild Hunt, has been described variously as historical fiction, literary fiction, a thriller, a family drama and a ghost story infused with folk-horror. I can no longer remember exactly how I came upon the myth of the sluagh. I was studying at the University of St Andrews and knew that I wanted to write a book that captured the feeling I had when I was in Scotland, especially in the Highlands—the weightiness of history, the vastness of the landscape, the way the two rub up against each other until they felt together like wool. I was interested in the way that story, myth and legend shaped communities; with this interest in mind, I began researching Scottish folklore for a seed of inspiration.

One way or another, I found the sluagh, a type of airborne fairy or sidhe said to be the “host of the unforgiven dead.” Stories suggested that the souls of dead sinners lingered after death as a physical scourge—a motif shared across both Celtic and northern European folklores. Often viewed as a portent of war or tragedy, the sluagh flew westward and preyed on the living. The spirits were said to steal the souls of those who lay dying, or else to physically abduct people and carry them high into the air.

Those abducted by the sluagh rarely returned alive; those who did were never quite the same as they were before. The sluagh’s attention could be called a number of ways—either by the despair of the truly broken-hearted, or by saying “sluagh” nine times. Always, the creatures were considered most dangerous at Samhain, the Gaelic precursor to modern-day Hallowe’en, when the barrier between the mortal and fairy worlds was at its thinnest.

The physical form of the sluagh varies between stories—ranging from actual armies battling in the sky, to incorporeal gusts of wind. The myth is related to the “wild hunt” folkloric motif which appears in various forms through northern European folklore, and includes, for example, Norse valkyries. Of the Scottish version of the myth, the folklorist Alexander Carmichael recounted that “the spirits fly about in great clouds, up and down the face of the world like the starlings, and come back to the scenes of their earthly transgressions.” Elsewhere, the sluagh are depicted as birds.

This is, I think, what makes folklore so interesting: As a means of entering the world, any individual version of a motif reveals as much about the teller as anything else.

Mythology buffs will notice that the sluagh in The Wild Hunt are relatively remote from traditional depictions of wild hunts. When I first started writing the novel, I was determined to portray the sluagh in a way that hewed as accurately as possible to the traditional myth. But that kind of accuracy, I found, does not always lend itself well to fiction, and so I began to pick and choose which elements of the myth to incorporate and which to leave on the cutting room floor.

This is, I think, what makes folklore so interesting: As a means of entering the world, any individual version of a motif reveals as much about the teller as anything else. The motif grows and changes as it moves from culture to culture and from story to story, but always retains its recognizable heart. In this way, these stories create a sort of community, connecting disparate tellers and listeners who might otherwise never meet.

From first outline to final draft it was clear to me from the beginning that the sluagh represent an externalization of grief, mourning, guilt, and suffering. In stories where the sluagh appear as birds, there exists a tension, I think, between the human and the natural, and the power and unknowability of the natural world. (In this regard, I think it would be foolish of me not to note the influence of du Maurier’s work on this novel, particularly “The Birds,” a wonderful short story which bears little resemblance to the Hitchcock film inspired by it.)

But as I leant into this aspect of the myth, and the attendant tension with the natural world, I found other aspects of the myth fit less well with what I wanted to explore in The Wild Hunt. We impose morality on the world in a way that doesn’t necessarily exist naturally—it’s surely logical that these creatures would be seen as “dark,” as souls of “sinners,” but I felt that telling lacked a certain compassion, while simultaneously centering the human by imposing artificial constructs of morality where none may otherwise exist. Reality, I feel, is much more nuanced.

The novel is also overtly historical. The Second World War, looming large in the recent past, forces the characters of the novel to reconsider their places in the world, the order of things, the consequences of their actions. A landscape featuring creatures representative of guilt and grief and suffering seemed fitting, as a conceit, as a way to explore the post-war environment—not to mention the allegorical similarities between the sluagh and a stream of bomber aircraft. Blending the real and the unreal, the historical and the folkloric, required a great deal of research in its own right, so that each element felt as immediate and believable as the other. In fact, every historical detail in the novel, particularly in the storyline of the RAF bomber pilot, actually happened to someone (including the somewhat remarkable tale of a bomber crew bailing out over France and climbing the Pyrenees into Spain).

The act of writing this book made it clear to me that history, folklore and fiction are actually more similar than they are different. Each uses storytelling as a means of reckoning with the world, of processing trauma—both individually and collectively—and of finding one’s place. At the same time, these stories, whether fictional or factual, bind us to something greater, some shared understanding of where we have come from, of who we are, and of who we might become. My hope is that readers will recognize elements of their own personal journeys and private reflections on being and belonging, thereby connecting them—us—to a shared understanding of history and community. 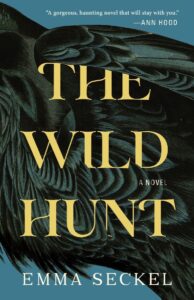 Emma Seckel is an award-winning writer and photographer living in Vancouver, Canada. 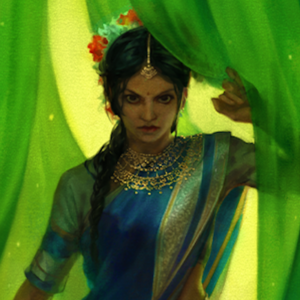 There’s no better way to beat this brutal heat than to retreat to the nearest air-conditioned place, be it your home...
© LitHub
Back to top
Loading Comments...