From There to Here: Five Essential Tales of Immigration

Shawna Yang Ryan on Home, Displacement, and the American Dream

It was the 1970s. My mother came from there (Taiwan) to here (America), newly married to my father, an American GI, whom she’d met three months before. A whirlwind romance that landed her first in White Sands, New Mexico, then Sacramento, California to live with her German mother-in-law.

She went to adult school and learned to write a five-paragraph essay in English. She waitressed in a Chinese restaurant. She became pregnant and wondered why no one offered her a seat on the bus.

It was the 1980s. Now she had two daughters. She studied computer science in community college. She worked as an Avon lady. My sister and I waited in the car as she went into people’s houses to deliver lipsticks in shades like Iced Champink and Sungold Sparkle. She dreaded talking to strangers, even more so in English. I watched her brace herself with a tense smile as she walked up to each client’s door.

She pledged her allegiance as a new citizen of the United States of America.

She finished school. She found a government job as a computer programmer.

My mother was ever striving for security—economic, linguistic, cultural. When I left school with a master’s degree in creative writing and got a job selling men’s jeans in a department store, she asked when I would get my PhD. When I was hired as an adjunct to teach composition at a community college, her mantra became “law school.” When I went to Taipei to write a novel about her homeland, she said, “Why don’t you write something that people will want to read, like Harry Potter?”

Did I take on the uncertain endeavor of fiction writing because I lived in a place (literally and symbolically) where I could be at ease, a place that she had gifted to me with her struggle?

My novel Green Island—in addition to being a political tale and an account of a father-daughter relationship—is an immigration story. After marrying a man she has known for only a summer, the narrator moves to America from Taiwan. Her journey is more escape than pursuit—she leaves behind a land constricted by martial law and her own father’s troubled political history:

[It looked like] the American Dream, and for a while, it was. Even to myself, my letters home sounded absurd, as if I had taken over another woman’s life. I didn’t feel like the girl who had grown up in my grandparents’ farmhouse. I drove a station wagon, went to dinners with Wei’s colleagues, gave birth in a sterile hospital coaxed along by women I’d never met before. And perhaps most strange was how normal it all felt, how easily I slipped into it . . . Yet, my story was an immigrant’s tale told a million times over; in the everyday movement, it became pedestrian.

However, immigration is anything but pedestrian. To displace one’s self in adulthood, to uproot, to leave behind ways of speaking, moving, being that are second nature is a feat of true grit. Here, a few books that put that grit on display.

Carlos Bulosan, America Is in the Heart

This 1946 autobiography recounts Bulosan’s experiences in America as a migrant laborer and union activist. During the period of the book, Filipinos were US “nationals,” but ineligible for citizenship. It is not only a compelling personal account of labor during the Depression, but also a narrative of a man’s political and personal awakening. Like Malcolm X’s and Richard Wright’s accounts of discovering the power of language, Bulosan’s book is also, in part, a literacy narrative, a memoir of finding his way into the world of words:

Would it be possible for an immigrant like me to become a part of the American dream? Would I be able to make a positive contribution toward the realization of this dream? . . . “I would like to write,” I said. “But maybe I was not meant to be a writer. I would like to tell the story of our life in America, I remember vividly how you described our fate: ‘It’s a great wrong that a man should be hungry and illiterate and miserable in America.’ Yes, yes, it is a great wrong. Maybe I could write it down for all the world to see!”

“The memory is the entire. The longing in the face of the lost. Maintains the missing. Fixed between the wax and wane indefinite not a sign of progress.”

How to describe this book, which is more art object than narrative? Composed of photographs, calligraphy, documents, poetry and prose (not all of it in English), Dictee—by Korean-American writer Theresa Hak Kyung Cha—is more like an encounter with the fracturing experience of being. It is an argument about being a woman, about colonialism, and about memory.

This simple, elegant account of the Gangulis, who move from Kolkata to Massachusetts, is also a story of the gap between the experiences of first- and second-generation Americans. The relationship between parents Ashoke and Ashima is deeply poignant, deeply insightful:

[B]eing a foreigner Ashima is beginning to realize, is a sort of lifelong pregnancy—a perpetual wait, a constant burden, a continuous feeling out of sorts. It is an ongoing responsibility, a parenthesis in what had once been an ordinary life, only to discover that previous life has vanished, replaced by something more complicated and demanding. Like pregnancy, being a foreigner, Ashima believes, is something that elicits the same curiosity of from strangers, the same combination of pity and respect.

However the novel is as much about American-born son Gogol, the “namesake.” He drifts away, rejects, misunderstands his parents’ intentions before finding his way back to appreciating the multifaceted cultural identity his parents have bestowed upon him.

You must read Colm Tóibín, my good friend insisted. He’s going to win the Nobel Prize someday. With that kind of endorsement, how could I say no? Still, it was a few years before I finally picked up Tóibín’s novel Brooklyn. With no background knowledge except my friend’s urging, I expected a dense, allusion-heavy text, and found instead a spare and surprisingly uplifting account of a resilient young woman’s immigration from Ireland to New York in the 1950s. Though main character Eilis’s journey is not easy, the narrative is unsentimental, and its understatement makes what might sound like the trauma of immigration in another book into a kind of forthright and deeply moving hardiness.

Going from here to there. The story of immigration is also the story of return, or the impossibility of return.

Returning today, an odd gap appears between my countrymen and me. If I am some archetype in Vietnam’s new narrative of itself—a modern-day Odysseus of sorts, someone that those who stayed imagine they can become if they were to lee overseas—I feel a stranger in my homeland . . . The jet plane does and does not take me home again.

Andrew Lam’s graceful essays move in both directions—both memories of immigrating to the United States and reflections on his return as an adult to Vietnam. It is history lesson, family story, political and human analysis. He destroys stereotypes, presenting the contemporary Vietnam with nuance and humor: “They’ve replaced Uncle Ho’s photos on their parents’ walls with posters of Chow Yun Fat, Baywatch starlets, and the Backstreet Boys.” I also really appreciate his allusion/response to Tim O’Brien’s The Things They Carried in a piece called “The Stories They Carried.” In his account of the Whitehead refugee detention center—as in all the essays of this collection—Lam reframes the Vietnamese as the heart of the narrative.

Shawna Yang Ryan teaches in the Creative Writing Program at the University of Hawai'i at Manoa. She is the author of Water Ghosts and Green Island, a novel set in martial law era Taiwan. In 2015, she was the recipient of the Elliot Cades Emerging Writer Award from the Hawai'i Literary Arts Council.
http://www.shawnayangryan.com 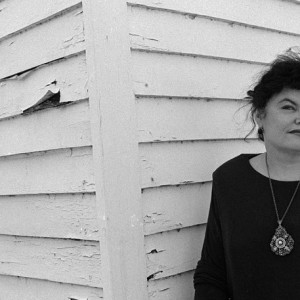