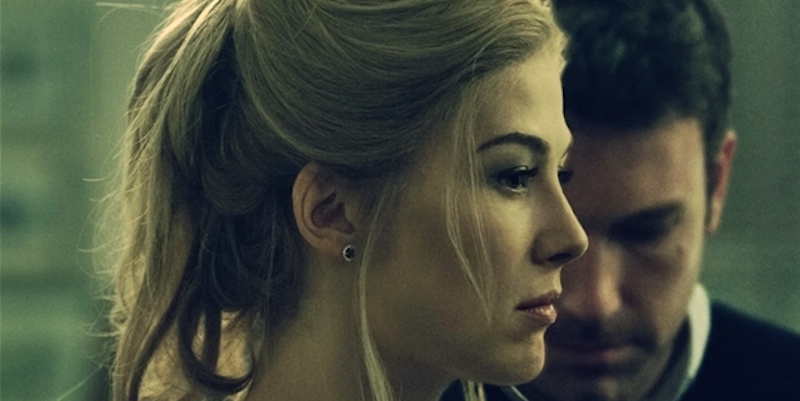 From Page to Screen: Flynn, L’Engle, Grann, and… Franco!

The Week's News in Deals, Adaptions, Options, and Writers Getting Paid

Welcome to Literary Hub’s weekly column about all things adaptation. Every Friday—the day films are released in Hollywood tradition—I’ll be bringing you the last week (or so) in book deals; essays about book-to-film/TV failures and successes; and the stakes involved, for both the filmmakers and the author, to take poems, novels, headlines, even tweets, and ready them for millions across the world.

A non-fiction bidding war! New Yorker writer David Grann is the envy of authors across America after an intense bidding war over his new book Killers of the Flower Moon wrapped last night. Zero-brand recognition production company Imperative Entertainment shelled out $5 million for the rights. And all this for a non-fiction book that will be published in June 2017. I’ll wait till your head stops spinning.

This is manna from heaven for authors. Sell the rights before the book comes out, make a killing, get an executive producer credit on the film, watch A-list talent pony up for the cast, and about a year later, enjoy the awards circuit glory. Major bidders were caught off-guard by the news that the final price was important to Grann. Sometimes I think Hollywood forgets that authors write for more than just the prestige.

Imperative’s win is especially impressive considering its competition: George Clooney and his company Smokehouse Films put in bids, as did Brad Pitt’s Plan B (whose credits include 12 Years A Slave and The Big Short). The most intriguing bid that still failed? $2 million from newly minted Oscar winner Leonardo DiCaprio and J.J. “I’ll Sleep When I’m Dead” Abrams (Appian Way and Bad Robot, respectively). I’m intrigued by the story: an investigation into the mysterious deaths of several Osage Indians in the 1920s, who were at the time some of the wealthiest people in the world. The case was solved by none other than J. Edgar Hoover (who DiCaprio played in the 2011 film J. Edgar, directed by Clint Eastwood) and a brand new outfit called the FBI.

More David Grann. Lest we forget, Grann’s 2009 book Lost City of Z, an account of British explorer Percy Fawcett’s disappearance during his search for an ancient city in the Amazon, is currently in production. James Gray (We Own the Night) wrote and directed the adaptation; Charlie Hunnam stars as Fawcett, Sienna Miller as his wife Nina, and renowned vampire impersonator Robert Pattinson plays Fawcett’s fellow explorer Henry Costin. Brad Pitt’s Plan B is producing, which should give them some leverage in the Killers of the Flower Moon

The Exorcist, resurrected. This project reeks so desperately of TV’s desire to capitalize further on NBC’s Hannibal: two male leads, battling internal and external demons, a thriller with a precedent in pop culture. William Blatty’s 1971 novel will serve as a departure point for Fox’s televised version. Geena Davis stars alongside Alfonso Herrera and Ben Daniels.

Director/actor/producer/poet/lifelong graduate student/NYU professor/onetime Spider-Man villain James Franco hearts questionable decisions. Remember the hullabaloo that Florida stripper caused with her tweets about what may or may not have been a fictional road trip with her friend, friend’s boyfriend, and their violent pimp? Stripper’s name was Zola, and the whole thing became a piece in Rolling Stone, which naturally James Franco is adapting for film. Yeah. Questionable decisions all around.

Madeleine L’Engle! Quick poll: How many of you loved reading her work in middle school? It’s fine, I know all of you raised your hands. I am cautiously optimistic about Disney tasking Ava DuVernay with directing a big screen version of A Wrinkle In Time. Cautious because it’s Disney and they like sprinkling pixie dust over everything, but optimistic because DuVernay’s Selma was beautiful and harrowing. I look forward to her vision for this beloved YA book.

Bryan Singer on Jules Verne? I really admire parts of Bryan Singer’s filmography: two episodes of House, including its pilot; The Usual Suspects. Hm. That might be it. I’m sure the X-Men films are fine, but we’ve long passed superhero film saturation point and I don’t think I can sit through them. But if he fucks up directing Jules Verne’s 20,000 Leagues Under the Sea for 20th Century Fox, to quote Ben Bradlee, I’m gonna get mad.

Gillian Flynn continues to make a killing. Step one: Write a really good mystery novel. Step two: Write an even better screenplay of your novel. Step three: Launch your movie career with said film. Flynn’s work for the screen adaptation of Gone Girl was even better than the novel, and she’s been in regular demand in film ever since. Her short story “What Do You Do?” has been picked up in a six-figure deal by Universal Pictures; Gossip Girl writer Natalie Krinsky will be adapting the tale.

In other GFH (Gillian Flynn-Hollywood, an acronym I just invented) news, Amy Adams will be starring in a television adaptation of the writer’s debut novel Sharp Objects. Marti Noxon, a Mad Men producer and writer who also helped create the phenomenal Lifetime drama UnReal, will serve as showrunner. Hooray for women in charge!

What does Hollywood owe authors when it buys their work? I have a theory that Stephen King is a better writer when he writes, and talks, about writing than when he scares the living daylights outta people with his novels. In an interview with Deadline Hollywood last month, King spoke about what authors do and don’t want when movie studios come knocking for rights: “In all the time we’ve been doing this, I’ve never put up a red light to anybody about anything that they wanted to do. Because if they want to make changes, if they want to be a little bit out on the edge, I’m all for it. I like it.” 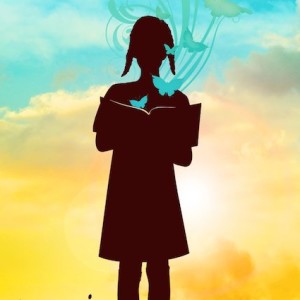 In late February, Brooklyn Magazine ran an article by its books editor, Molly McArdle, that used as its point of departure...
© LitHub
Back to top