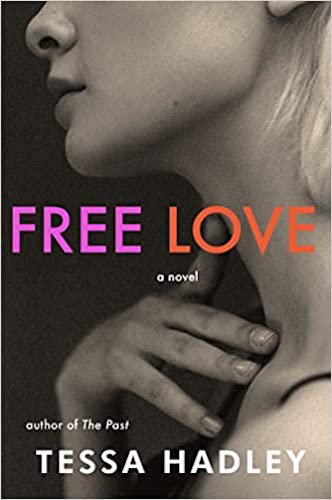 The following is excerpted from Tessa Hadley's new novel, Free Love. Hadley is the author of six highly acclaimed novels, including Clever Girl and The Past, as well as three short story collections, most recently Bad Dreams and Other Stories, which won the Edge Hill Short Story Prize. Her stories appear regularly in The New Yorker; in 2016 she was awarded the Windham Campbell Prize and the Hawthornden Prize. She lives in London.

The Everglade was a crumbling vast art nouveau palace, built at the turn of the century to contain sixty luxury serviced apartments. There were a few old ladies left, too penniless to move anywhere else and certainly no longer serviced, who wore gloves when they went out and were in mourning for a time when the place was select and elegant, with a restaurant and hairdressers on the ground floor. Now it had fallen from grace, broken up into who knew how many rundown bedsits and sublets, taken over by ex-boxers, theatricals, members of occult sects, tarot-card readers, revolutionaries. Everyone who was anyone in the counterculture had stayed in the Everglade at some point. The roof leaked in a thousand places and no one seemed to be responsible for mending it; once or twice an excess of stone ornamentation from the façade had crashed into the street below. Nicky Knight’s room was on the top floor, inside the roof space, so that its walls slanted spectacularly; it was freezing in winter, broiling in summer, and lit by half of an outsized flamboyant round mansard window, partitioned so that its other half was in the bathroom he shared with five other tenants.

Nicky had tried to forget about kissing his parents’ old friend; every so often the scene would flash on his inner eye, making him clammy with embarrassment and vaguely excited. His sexual life otherwise was humiliatingly unsatisfactory. An idyll of playful sexual ease seemed to lie only just out of reach—what prevented him from arriving at it? You heard about everyone sleeping with everybody. And there were so many attractive and fascinating women, he saw them all around on the streets and in bars; the films he watched were knee-deep in possibilities. Whenever he did manage to get hold of a girl, she was a disaster, too silly or too plain, too awkward or too keen, so that he was eager to get rid of her next morning. Idly, and ashamed, he had made use of Phyllis now and again in his fantasies. Then suddenly, one Wednesday afternoon, rapping with a brisk little fist at his door, she was actually there—the least plausible person to materialize amid his sordid solitude. His first instinct was to apologize for the stuffy smell and the unmade bed, for himself. He should open the window, he suggested.—I’m so sorry.

—I brought back your shirt, she said, smiling.

She had it in a little wicker basket, slung over her arm. Phyllis didn’t look disheveled even from climbing the five flights of stairs; she looked fresh and eager, more petite than he remembered, bright with her veneer of female charm. In these surroundings, in her fashionable clothes, he thought she was like a charity worker visiting the less fortunate—he half expected her to take nourishing food for him out of her basket as well as the laundered and ironed shirt, which was folded in tissue paper.—You didn’t use the lift? he hoped, playing for time.—Because it gets stuck. It probably hasn’t been inspected since before the war. Unwary strangers have been stuck between floors for hours on end.

—Thank goodness I wasn’t tempted I didn’t know which floor you were on.

—It’s this one, at the very top. I mean, obviously, as you’re here.

—I’m lucky you’re at Aren’t you going to invite me in?

—It isn’t very nice inside.

—I don’t care what it’s like. I’m not such an old square as you think.

Nicky wasn’t dressed, he was still in his dressing-gown; he was writing something on R.D. Laing for a new periodical started by one of his friends from university, and he’d promised to deliver it by tomorrow morning. His consciousness swung round only slowly from intense absorption in ideas to face in this new direction, processing Phyllis Fischer’s appearance. How had she found out where he lived? Was she really simply returning his shirt? God knew what he’d done with the shirt he’d borrowed; certainly he hadn’t taken it yet to the launderette. This woman was old enough to be his mother, and respectably married to a good man. What did she mean, by her pursuit of him? He didn’t want to become entangled in her world of table napkins and candelabra and French food. Yet the idea of making love to her was also flattering. She was good-looking, she smelled nice. With a mature woman, presumably you could to some extent leave her in charge.

Phyllis slipped off her mac as if she were staying, dropped it over the back of his chair; Nicky remembered that at her dinner table, even before he kissed her, he’d liked her breasts, which showed as small and shapely now under her flowered blouse. She said this was just how she’d imagined his room would be – typewriter on the desk, coffee cups, books everywhere; she stood looking around with an exalted expression at the mess he lived in. Women were entranced, Nicky thought, by the external fittings of the intellectual life. They loved the idea of thought, the outward look of it; Phyllis had probably never read a book, apart from novels. As a matter of fact, he said, glancing half enviously at the page rolled into his typewriter, he was in the middle of writing something. Phyllis made a teasing face of mock regret.—Oh, and I’ve interrupted you.

—It’s very kind of you to bring back my shirt.

He asked how she’d found out where he was, and winced when she said she’d contacted his mother. Phyllis plowed on.—But that’s not why I’ve come.

—I know I’ve got your husband’s shirt here somewhere.

—Wasn’t that such an extraordinary evening, though? It was magical for me, like a midsummer night’s I haven’t stopped thinking about it.

Nicky mentioned that it hadn’t actually been midsummer.—Let me make you coffee, he said,—while I look for this shirt. Only instant coffee, I’m afraid. I keep the milk out in the gutter that runs along the front of these top windows – in winter it’s as good as a fridge. All mod cons in this apartment. In hot weather it tends to go off. Do you take milk?

Phyllis had wondered whether, in Nicky’s real presence, she’d be disappointed in him, at the end of all her frenzy of longing. But he was as powerful and desirable in his angular awkwardness as she had imagined: unshaven, slightly stooped, black hair flopping forward into his face. His skinny legs were hairy under his boy’s wool dressing gown tied with a cord, his bony long feet comical in old-man carpet slippers, his gold-rimmed glasses bent hopelessly out of shape: yet this indifference to his appearance only showed his beauty to more advantage, because he was so perfectly young, and so complete in his absorption in his mind-work, which lay beyond her imagining. It wasn’t exactly desire that kept her here, however, blocking her from saving herself and exiting the humiliating scene. It was a fanatical persistence, rather. She had to try to get what she’d come for, couldn’t face going down into those alien streets again without it, retracing her torturous journey. If he won’t have me then I’ll die, she thought. Although she also knew that she wouldn’t really die, she’d go home and put macaroni cheese in the oven. And that would be worse.

He had put his kettle to boil on the gas ring and now, to fetch in the milk, opened the round French-chateau window, disproportionate to the attic room in its size and showiness, like a pantomime set. Someone bellowed, splashing, from the bath next door, at the blast of air. The light outside was mineral and greenish, the afternoon smelled sooty, and he felt on his skin the first portentous drops of a rainstorm; he pulled the window shut again and in the changed acoustic they were suddenly closed in together, intimate. When Nicky looked at Phyllis he saw that she was anxious; uncomfortably he remembered his mother in that moment. If his mother were ever pitiable it touched a nerve of anguish in him.

—I can’t stop thinking about that evening, she said in a low stumbling voice, different to her ringing, sociable one.—You kissed I didn’t know what you meant.

—I didn’t know what I meant

—I thought that perhaps…

They were standing so close together that he felt her body’s heat; holding the bottle half full of sour milk, he frowned down at her as if she were a puzzle presented to him. Kindly, to reassure her, he did something to the Peter Pan collar of her blouse with the fingers of his free hand, straightening and smoothing it although it was perfectly straight. She was so much older than he was, with a lifetime of experience behind her: and yet she was also weaker and smaller than him, childish. Phyllis let her head fall against his shoulder, his nose was in her perfumed hair, stiffened with hairspray; his fingers found their way up from her collar onto her warm skin, she threw her arms around his neck and stretched like a cat against him, making a little mewing thankful noise. Ducking down his head he began to kiss her for the second time. The taste of her mouth was familiar, though less garlicky. Then he stopped to laugh at himself: he was still hanging on to the milk bottle, the kettle was coming to the boil.

Will Smith Should’ve Been Our Rom-Com Hero

We Need to Radically Rethink the Library of Congress Classification 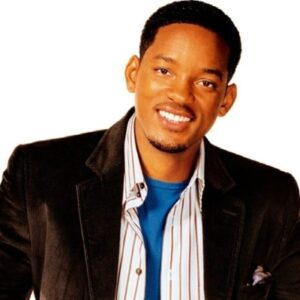 Will Smith Should’ve Been Our Rom-Com Hero To understand just how big a deal it was when Will Smith starred in a romantic comedy, you need to start with the poster....
© LitHub
Back to top