Fred Wiseman on the Winning Combination of Luck and Good Judgment

On Episode 169 of The Quarantine Tapes, Paul Holdengräber is joined by documentarian Fred Wiseman. Fred’s time in quarantine has been his first break without a film to work on in about 50 years. He tells Paul about how he has been filling this in-between time and what he hopes to work on when the pandemic passes. Paul asks Fred about his filmmaking process and they discuss the fictional elements of documentaries. Fred talks about why he chooses institutions as the subjects of his films, how he approaches the editing process, and the role of luck in his work. In their conversation, Fred and Paul discuss a clip from his recent documentary on the New York Public Library, Ex Libris.

Fred Wiseman: When I start to make a film, it’s like going to Las Vegas. Everything is a roll of the dice. I’m prepared to shoot anything that happens, that comes within my range of vision. And I have no idea of the structure or point of view. It’s a combination of luck and good judgment. You have to be lucky to be in the right place at the right time. And you have to have the experience or the judgment to recognize what is that’s happening in front of you, so that you can respond quickly enough to film it, and based on one’s experience, know how to film it. What I’ve learned to do over the many years of making these films is to trust my instincts, for good or bad. I’m not saying that my instinct is always right. But I have to trust it, because otherwise I’m lost.

Fred Wiseman is a film and theater director of 45 films, primarily focusing on American institutions. His most recent film CITY HALL was released in October 2020. In 2019, he was the honoree of the Library Lions Award from the New York Public Library and received the Pennebaker Award for Lifetime Achievement at the Critics’ Choice Documentary Awards. In 2018, he was the Charles Eliot Norton Professor of Poetry at Harvard University. In 2016, he received an Honorary Award for lifetime achievement from the Academy of Motion Picture Arts and Sciences Board of Directors. He is a MacArthur Fellow, a Fellow of the American Academy of Arts and Sciences, the recipient of a Guggenheim Fellowship, and an Honorary Member of the American Academy of Arts and Letters. He has won numerous awards, including four Emmys. In recent years, he directed The Belle of Amherst, Beckett’s Happy Days in Paris and Vasily Grossman’s The Last Letter at the Comédie-Française in Paris and Theatre for a New Audience in New York. A ballet inspired by his first film, TITICUT FOLLIES (1967), premiered at the New York University Skirball Theater in 2017. 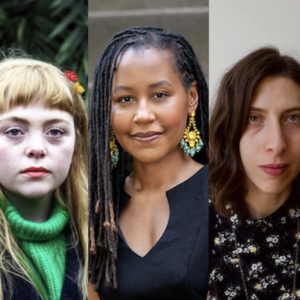