From her new collection Ninety-Nine Stories of God

A noted humanist was invited to take part in a discussion about the dangers and opportunities that would arise if intelligent life forms on other planets were discovered. His remarks, though no one disagreed with them, became so heated that the producers later, in light of what had happened, decided to edit him out of the program.

There was consensus that discovering intelligent life forms on other planets was probable and even essential to the human endeavor, but much of the conversation concerned whether any life form discovered would hold a candle to human intelligence and creativity.

The humanist, who was also a noted scholar, argued that nothing could be discovered that could write a symphony, as so many of our brilliant composers had done, or be capable of appreciating the symphony. The ability to appreciate the symphony seemed to him quite as important as the actual composition of it.

The humanist/scholar became quite emotional in conceiving of the world devoid of human beings, which was a possibility brought on by one disaster or another, due, it must be said, to our own actions. This would be the worst thing he could imagine—worlds devoid of human beings, even if these worlds were populated by other intelligent and enterprising life forms.

After the taping, the humanist/scholar, whose name was Charles Thaxter Ormand, the acronym of which, in the ever-evolving and vibrant field of text messaging, would be check this out, retired for lunch to one of the city’s many small, fine restaurants. He ordered that day’s special. When it was brought to him, whole and beautifully prepared and presented, he took a moment to study it before consuming it.

To his discomfort, he detected from the plate the faint sound of the most beautiful music. It was exquisite, joyous yet heartbreaking, a delicate furling of gratitude and praise gradually diminishing, then gone.

Horrified, he continued to look at the speckled trout that, according to the waiter, had been taken mere hours before from its mountain stream. Then, with a cry, he rushed into the kitchen, where he attacked both the waiter and the chef with a variety of heavy utensils before he was subdued and taken away for observation at the nearest psychiatric facility. His ravings about the trout being no more appreciated than the ravings of any of the other lunatics there.

Passing Clouds was the brand of cigarette favored by the great English contralto Kathleen Ferrier. According to one of her early teachers, her magnificent voice was attributed to “a wonderful cavity at the back of her throat.” This was the only explanation given for the purity and power of her voice.

Near the end of her brief life, Ferrier sang Mahler’s symphony “The Song of the Earth.” We die, but life is fresh, eternally fresh, was Mahler’s ecstatic conviction. Nature renews herself year after year . . . for ever and ever.

Ferrier was in tears when she concluded “The Song of the Earth,” so distraught that she omitted the final ewig, the final ever.

This is an appealing story.

One day, a hermit brother about to leave for town went to a brother who lived nearby and who had continual compunction. He said to his fervent neighbor, “Please do me the kindness, brother, of taking care of my garden until my return.” The other replied, “Believe me, brother, I will do my best not to neglect it.” After the brother’s departure, he said to himself, Now take care of this garden. And from evening until dawn he stood in psalmody, ceaselessly shedding tears. He prayed the same way for the entire day. Coming home late, the brother found that hedgehogs had ravaged his garden.

He said, “God forgive you, brother, for not taking care of my garden.”

The other answered, “God knows I did my best to keep it, and I hope through God’s mercy that the little garden will bear fruit.”

The brother said, “But it has been completely destroyed!”

The other replied, “I know, but I have confidence in God that it will flower again.”

But he was speaking of the effort of his continual tears, the weeping for one’s sins in the hope of salvation, and of the garden of his heart, watered by him and in full flower.

A child in the south side of town was killed in a drive-by shooting. He was not the intended victim, he was only seven. There really was no intended victim. The gunman just wanted to spook some folks, the folks in this specific house. It wasn’t even little Luis’s house. But he was there, visiting a friend who had a pet iguana, and the iguana was sort of sickly, no one knew why, more yellow than green, maybe someone had fed it spinach by mistake. Hearing a ruckus, the boys ran outside and Luis was shot in the chest and died.

The family held a car wash to pay for the funeral expenses. This is not uncommon. It was announced in the newspaper and lots of people came, most of whom had nice waxed cars that didn’t need washing, and the family appreciated this.

Joy Williams is the author of four previous novels–including The Quick and the Dead, a runner-up for the Pulitzer Prize–and four collections of stories, as well as Ill Nature, a book of essays that was a finalist for the National Book Critics Circle Award. Among her many honors are the Rea Award for the Short Story and the Strauss Living Award from the American Academy of Arts and Letters. She was elected to the Academy in 2008. She lives in Tucson, Arizona, and Laramie, Wyoming. Her novel Harrow is out now. 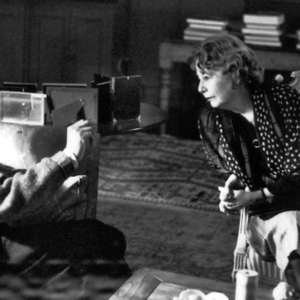 My longest healthy relationship is with the dead poet Catullus. | Literary Hub Jay-Z and Morrissey, unexpected...
© LitHub
Back to top