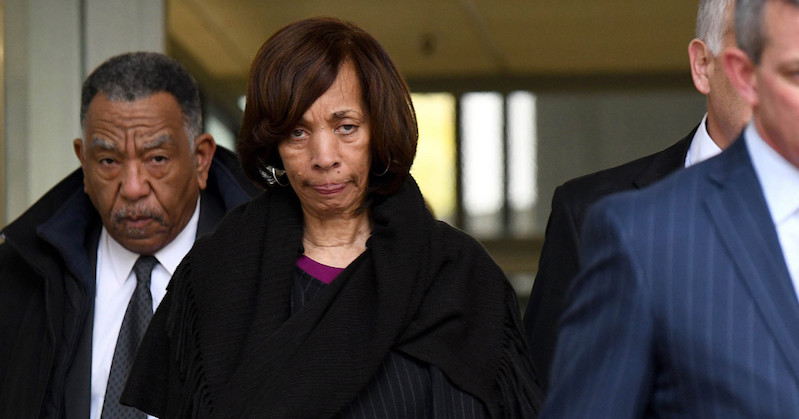 The Baltimore Sun broke the news that while Pugh was a board member of the University of Maryland Medical System, the medical system paid her $500,000 for 100,000 copies of the Healthy Holly books.

That was just the most glaring conflict of interest.

Pugh also received $100,000 from health provider Kaiser Permanente, the Sun found, as it was seeking a contract from the city, and almost $90,000 from a non-profit organization, the Associated Black Charities.

If that wasn’t bad enough, tens of thousands of copies of the books never arrived at a number of schools, libraries, child care agencies, and other businesses that purchased them. Pugh resigned from office within a couple months of the scandal breaking.

Today the case came to a close at a federal courthouse in Baltimore as the 69-year-old Pugh was sentenced to three years in prison and three years of probation. She was sentenced hours after her lawyers released an apology video from her.

Outside of the courthouse following the verdict, Pugh told the crowd gathered there that it wasn’t “the last you’ll see of Catherine Pugh.”