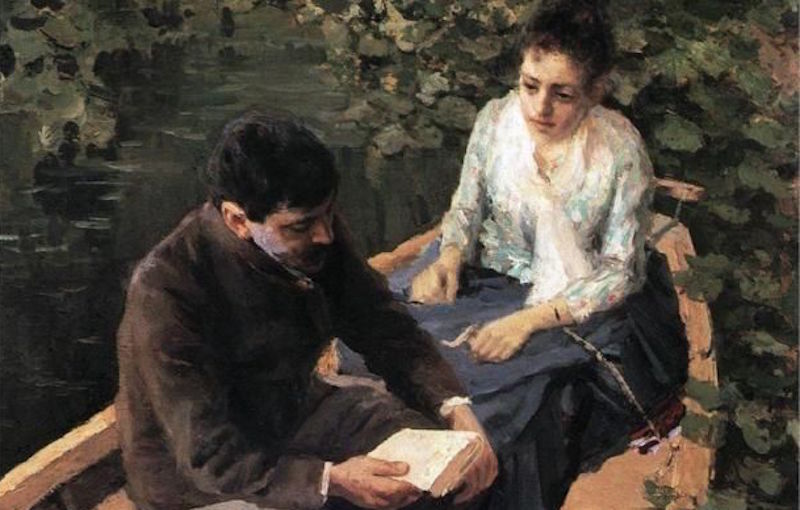 For your consideration: New fetishes from classic literature.

A recent advice-seeker in Slate’s Dear Prudence column wrote to ask Prudence (AKA Danny M. Lavery)’s opinion on their boyfriend’s expressed interest in some good old-fashioned Middlemarch role-play. “My boyfriend recently brought up the hypothetical idea of ‘solemn play’—someone who has a fetish for pretending to be like Casaubon toward Dorothea, refusing sex and making her instead do long, pointless tasks for him.”

Unfortunately, the letter-writer was not interested in sexual cassocks of any kind, but the question did open my mind to the fetishistic possibilities of classic literature, generally. Do feel free to try out any that speak to you.

In Search of Lost Time
The moment you touch, you’re each thrust back into separate, but equally detailed memories of the sexual exploits of your early twenties. You sit next to one another, quietly reminiscing about jersey sheets, non-residentially-zoned loft spaces, and ambiguous 2 AM text messages. You never speak to one another again.

Moby-Dick
The sex is a metaphor for different sex.

Pride and Prejudice
You role-play as Mr. Collins and Charlotte Lucas role-playing as Darcy and Elizabeth. In the end, you’re both dissatisfied, but you expected nothing less.

Walden
You lie next to each other, not touching each other, until you realize that neither of you is as self-sufficient as you previously thought. The first one to ask for a hand loses.

Lolita
You’re both part of The Never-Ending Discourse and you have to keep trying to think of ways to top each other.

Frankenstein
One of you is nature and one of you is civilization, but you spend the whole time arguing about who gets to play nature. Eventually you’re so sick of each other that you go to separate rooms and don’t speak for the rest of the day.

Ulysses
You never have sex, but you both tell everyone you did.