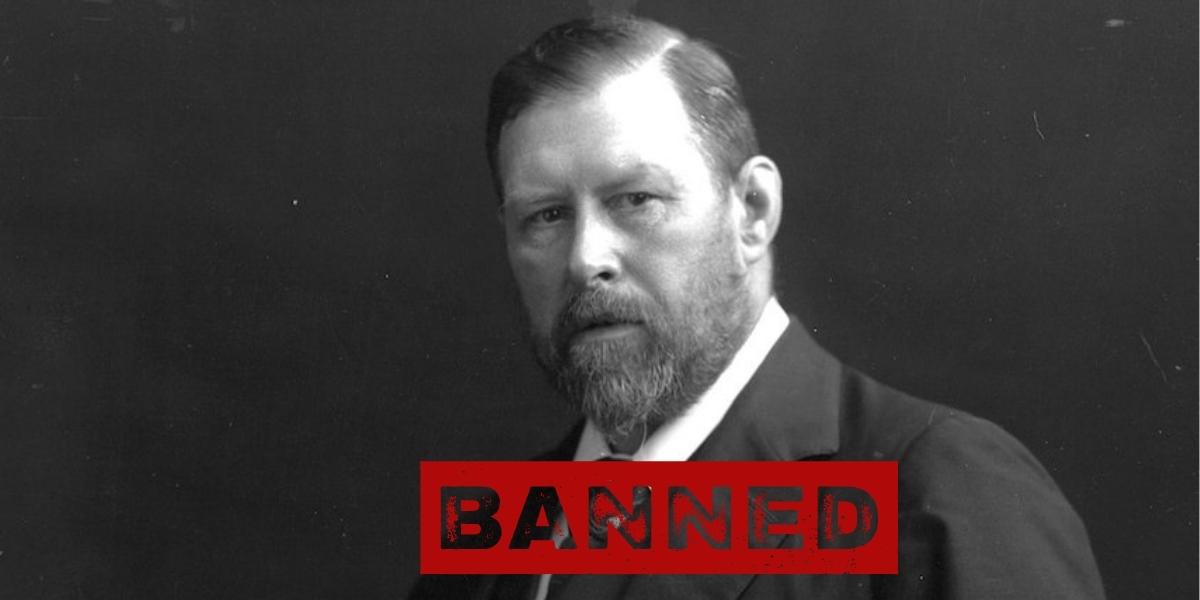 For shame: Bram Stoker was a serial defiler of library books.

I’m sorry, you just shouldn’t write in library books. Do whatever you want with your own books—highlighter, pen, pencil, the blood of the innocent—but being a member of a library is a contract with your fellow readers, and you should leave your thoughts and/or doodles out of other people’s books. Apparently, though, no one ever informed Bram Stoker of proper library etiquette.

According to this in-depth Daily Beast look at the history of the London Library—a relatively low-profile private subscription-based lending library founded in 1841 by Thomas Carlyle—the author of Dracula had no problem marking up whatever book he happened to be reading. It was only in 2008, upon the publication of his private notes, that librarians realized some 25 books (out of the collection’s million) had Stoker’s scribbles in them.

Stoker the Defiler is but one of the many legendary members to have browsed the London Library’s 17 miles of bookshelves:

The names [the library] can account for are impressive. Charles Darwin, an early member, wrote On the Origin of Species with an assist from the library. Alfred, Lord Tennyson, and TS Eliot (who has a room named after him) were all early adopters. Mark Twain briefly joined while living in London. After his death, a quick check of the records proved that, yup—Philip Roth was a member. Stanley Kubrick, Alec Guinness, Agatha Christie, Charles Dickens, we stroll by a murderers’ row of creative minds.

Just promise you won’t write in the books.