Remembering the Author of A Year in Provence

Many writers say “It’s all material,” but for English author Peter Mayle, who died yesterday, January 18, even the material was material: His worldwide bestselling memoir A Year in Provence evolved in no small part from the repairs on and construction of his vintage farmhouse in France’s Lubéron Valley.

Mayle, 78, died at a hospital near his home in Ménerbes, a place he and his wife relocated to in 1987. While he had only written a few commercial, packaged books for teenagers at that point, his career as creative director of advertising agency BBDO in London had been a high-flying one that allowed an early “retirement” to a region of France that was just beginning to interest the smart set.

Before Peter Mayle, travel writing meant Bruce Chatwin, Jan Morris, occasionally Elizabeth David, but never someone just messing about with home renovations and trying to understand the plumber’s local slang. Although it took a little while for A Year in Provence and its sibling volumes to gain critical attention, it took very little time for them to gain readerly attention: Before publishers could say “Print more!” the initial run of 3,000 in England had turned into one million books (600,000 in the United States). Since then? Six million copies around the globe.

However, the copies didn’t simply spawn money, but also copycats. Imagine Under the Tuscan Sun or Driving Over Lemons or even Au Revoir to All That pre-Mayle; it just isn’t possible. As he messed with his 18th-century mas, Mayle touched a nerve: people longed to know more than what it was like to travel somewhere; they wanted to know what it might be like to live there. To embed themselves in a different culture.

As long, of course, as that culture was somewhat recognizable and extremely picturesque, and the Provence of the 1980s fit both bills. Both Great Britain and the USA had become familiar in the preceding decades with French cuisine, thanks to writers like Elizabeth David and chefs like Julia Child. Many a suburban cook had attempted an authentic ratatouille (hint: it really should look like sludge) or homemade croissants due to more information and more available ingredients. The natural next step was to imagine one’s self at a sunny market in Antibes or Toulouse, comparing plump heads of garlic or choosing the freshest fish to take home for lunch, just like Peter Mayle did.

The genius of Mayle’s breezy, entertaining writing lay in his ability to make readers believe that every day in Provence was like a lazy Sunday, even as he detailed the days when he could barely get through the doorway because of incompetent contractors, or the days when the mistral winds made it impossible to leave that doorway. Not for nothing was Peter Mayle an adman, a magician at knowing which words reach the longest tendrils into a consumer’s brain. That is no criticism.

However, the trick that may have catapulted A Year in Provence to the top of everyone’s TBR pile was one proposed by the Times of London: Excerpt one chapter per month for a year. Risky for the publisher, but a huge win as readers who missed one month or more rushed to get their own copies of the book and catch up on the misadventures of a genial Everyman battling weather, authorities, and customs in a different country.

Mayle would have been the first to counter this with his list of huge pleasures at making his life in France, which he included in Toujours Provence, Encore Provence, and French Lessons—a life that really did revolve around a morning trip to market, a lunch with wine, long walks with his and wife Jennie’s two dogs, and many, many guests (wouldn’t you wind up on the doorstep of a friends like the Mayleses?).

Alas, the Era of Provence may be winding down. Too many people have moved there. Too much new construction threatens the old mellowed stone houses. A new generation wants different things, vacations that can be Instagrammed and adventure sports; knocking about in a garden, rewiring a kitchen, and sitting back to read a modestly entertaining account of the same may no longer be everyone’s tea and crumpets. But we hope that Peter Mayle is somewhere sipping a cold glass of Mirabeau Rosé, munching a bit of ficelle with pâté, and relishing his undeniable impact on modern travel writing.

How to Read Caves 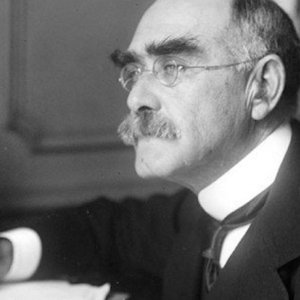 Rebecca Solnit on life in the dark timeline and the 20 million missing people that could save America. | Literary...
© LitHub
Back to top