For Libraries, the “Customer is Always Right” Might Be Wrong

When I’m sitting a shift at the circulation desk, I’m generally sipping from a giant mug of coffee and wishing it were something stronger. The front desk is the front lines, that exciting place where nightmares find you when you’re least prepared.

People come to circulation to air their many grievances and to ask if you sell postage stamps. Because it’s generally located directly next to the entrance, you often experience the brunt of people’s anger. Patrons hold you personally responsible when the wifi password doesn’t work or when you won’t override a fine or when a toilet gets clogged. It’s a rough job and you’re expected to power through it, even if you’re hungover from drinking two pitchers of beer at karaoke the night before (I’m speaking from experience here).

Circulation is the face of the library. It’s a public-interaction job, which means customer service, which means you better be able to smile at someone even if they’re yelling about how they broke the copy machine by sticking newspaper in the feed tray “just to see what would happen.” It’s a glamorous gig, circulation, and so much of it is dealing with people getting pissed off because they can’t have the thing they want exactly when they want it.

Think about it: what’s allowed in a library? Not that long ago, you couldn’t bring in food. Couldn’t make noise above a whisper (hence that stupid shushing joke that people always make when you tell them you’re a librarian). Couldn’t use a cellphone. These rules were put in place for a reason. Back then, what communities needed were quiet places for patrons to read, check out books, and study. We still meet those needs, but it’s safe to say that libraries have expanded to take on wildly different demands.

Now we offer charging stations for your cellphones and even barcode chargers for checkout. We provide internet access and try turning it off and on again when the wifi goes down. Our collections contain selfie sticks, digital cameras, bicycles, and seed collections. Many libraries house coffee shops or cafes; lots of our program attendance is based on what kind of free food we’re offering. I mean, I get it. I’ve ordered a pizza for the circulation desk (mostly for myself). But what this implies is that there has been a decided shift in how libraries function. Because of budget cuts and how severely our services are scrutinized, we’ve become hyper-focused on doing whatever it takes to get you in the door.

We want to make patron transactions smoother. Worry-free. We take workshops to learn customer service skills and search for ways to provide easy, foolproof access to any of our services. Foolproof is a weird word to use here, but accurate. We’ve been trained to make it so any fool can use our systems. No thought required. Many times in order to make your experience a good one, we go out of our way to make sure you don’t have to do anything to get what you need. Though “the customer is always right” is a service motto, this occasionally presents a very real problem: we’re making decisions for patrons and we’re not allowing them participation in the process. We aren’t helping them learn how to do things themselves.

Think about the libraries that have been reconsidered by communities as “user-friendly” spaces without the input of librarians. No longer a place to engage and create, learn, grow—but rather spaces that have been honed down to the finest, tiniest aspect of consumerism. If we take out the librarians, take out the need to catalog, do away with reference, then we ostensibly have created a space where people can enter, grab what they need, and leave. The argument for these spaces is for their “ease of use.” But what if there’s a question that needs answered? What if the material isn’t what they need? In this scenario, the user takes what’s put in front of them, but might not even understand what it is that they’re really getting from it (or what MORE they could be getting, if they had access to a librarian).

“For every annoying person who walks through the door and tells me their ‘fines pay my salary’ I’ve got five other patrons who genuinely make the library a fantastic place to work.”

Having patrons involved in how your library progresses means they’re more invested in keeping that space alive. It’s not about just getting bodies in the door or providing a service, it’s about forming relationships that build upon each other, lasting ones that make for smarter citizens. It is empowering the patron to work with the library instead of taking their choices away and making decisions for them. The value in libraries is that we build smarter communities. We serve, certainly, but it is with a goal—to extend knowledge. To let people LEARN.

Ok, I admit it—I sometimes find it hard to treat patrons like peers. A lot of my hesitation comes from the fact there have been times I’ve had to deal with people who act like they’ve lost all sense. Like the time someone broke the copy machine by stuffing leaves down the feed tray because they wanted to make a fall collage for Thanksgiving. Or when someone reshelved an entire stack of books alphabetically because they liked how it looked, even though we use library of congress classification. Or the time someone decided they would come in every day for a week to ask if we had Game of Thrones on DVD for a season that had not yet aired. When patrons say “oh cool it must be neat to read all day” or “you must get so worried about job security, what with all those people buying ebooks,” I get aggravated. Really, really pissed off. I start to think I should do everything myself, just to make my own life easier. I lose sight of the fact that I’m supposed to be instructing and teaching. That in order to learn from experiences, I have to show people how to do things for themselves.

For every annoying person who walks through the door and tells me their “fines pay my salary” I’ve got five other patrons who genuinely make the library a fantastic place to work. Overall, patrons want to learn, to engage with us, to give back. As a librarian, I have to be mindful not only of the bookends of public services (all those toothy grins and grimaces), but of what’s sandwiched in the middle. If patrons learn how to use our resources effectively, they leave smarter. They leave satisfied, too. Instead of being “users”—a word we need to wipe from our vocabularies—they become members, part of an active community that utilizes libraries as resources. It’s a reciprocal relationship and it’s valuable as hell.

And if they break the copy machine again, so be it. I’ve got Konica Minolta on speed-dial.

What Happens When You Sail Into a Hurricane 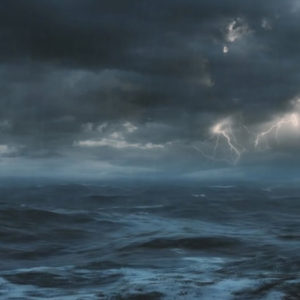 What Happens When You Sail Into a Hurricane

The following is an account of the last hours of the El Faro, a merchant ship that sank off the coast of the Bahamas during...
© LitHub
Back to top