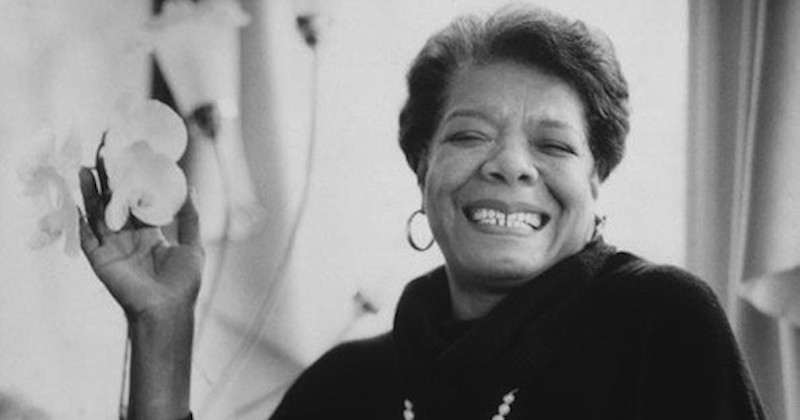 “Food is healing.” Learn how to make one of Maya Angelou’s beloved family recipes.

It’s officially October, which marks the start of National Cookbook Month. If you’re searching for some new sweet or savory treats to make, why not look to Maya Angelou? In addition to being a wizard with her literary pen game, Angelou was also a published cookbook author. In a 2011 article for The Guardian, Angelou made no apologies for branching out into the culinary arts. Citing herself as “the people’s poet,” Angelou said, “Writing and cookery are just two different means of communication. Indeed, I feel cooking is a natural extension to my autobiography.”

Angelou published two cookbooks for Random House: Hallelujah! The Welcome Table: A Lifetime of Memories with Recipes (2004) and Great Food, All Day Long: Cook Splendidly, Eat Smart: A Cookbook (2010). The first shared the beloved, personal recipes associated with key moments in her life, including the cassoulet cooked for renowned food writer M. F. K. Fisher. Inspired by her weight loss journey, the latter work focused on healthy, conscious eating. In Great Food‘s introduction, Angelou wrote, “Only a few readers buy cookbooks to really cook the recipes. If this book finds its way into the hands of bold, adventurous people, courageous enough to actually get into the kitchen and rattle the pots and pans, I will be very happy.”

For Angelou, food wasn’t just food—it was another form of storytelling, a way to bring people together,  “devices for the growth of the soul.” Sometimes, memorable dishes held painful memories. For example, a notable recipe in Hallelujah! details how to bake her grandmother’s caramel cake. Those familiar with I Know Why the Caged Bird Sings know the heartbreaking backstory: When Angelou was a young girl, her mother’s boyfriend raped her. This act of violence traumatized Angelou to the point that she stopped speaking and became mute. At school, most of her teachers were sympathetic to Angelou, with the exception of one Miss Williams, who slapped Angelou across the cheek when she refused to introduce herself to the class on the first day of school. Later, Angelou came home in tears and her grandmother (affectionately called Momma) asked her what was wrong. Angelou wrote down the incident and without hesitation, Momma went to the school and slapped Miss Williams across the face. After she returned home, Momma baked a delicious caramel cake for her granddaughter.

In separate medium mixing bowl, beat eggs about 3 minutes, until foamy. Add remaining sugar, and beat until there is a fine spongy foam. Stir into cake batter until blended. Divide batter between cake pans. Bake for about 25 minutes. Remove pans from oven. Gently press center of cake with forefinger. Cake should spring back when finger is removed. If it doesn’t, return to oven for 10 minutes. Cool in pans for 10 minutes. Turn out onto rack and remove wax paper. Let cakes cool to room temperature before frosting.

Directions
Brown butter in heavy pot over medium heat—be vigilant or it will burn. Allow butter to cool. In large mixing bowl, add confectioner’s sugar, cream, vanilla extract and salt to butter, and beat until smooth. If frosting is too stiff, add a tablespoon of half-and-half or full cream to thin.