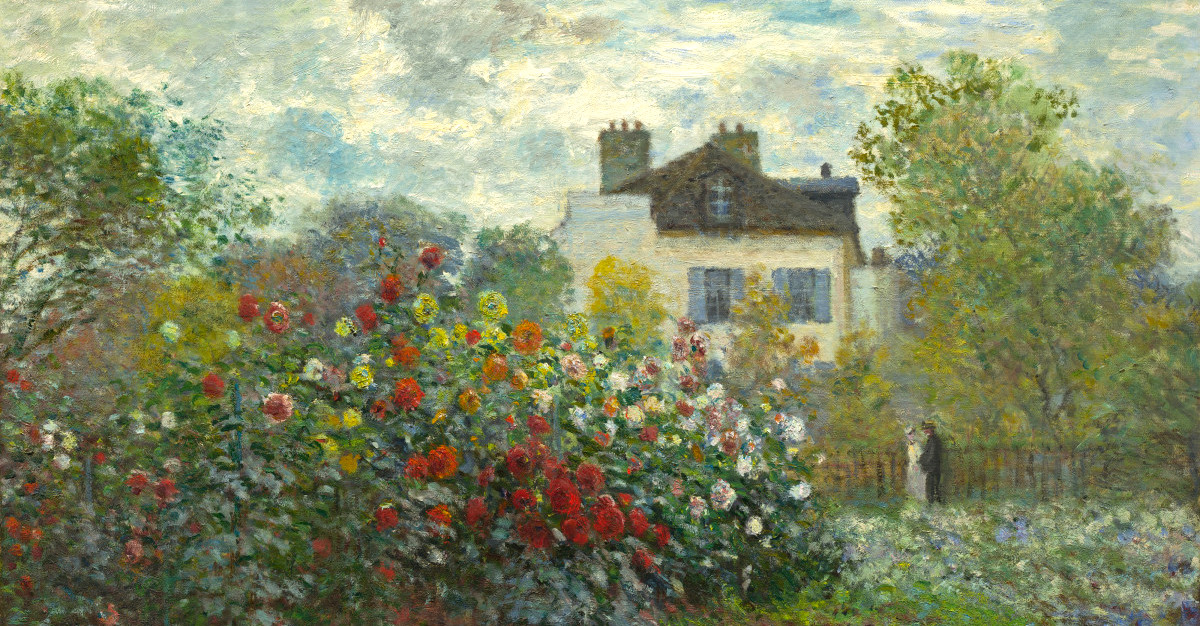 I head to my bookshelves in a faded mood, and choose a book that is torn and faded to match it. Well-loved and full of ancient wabi-sabi, that bittersweet state of cherished decay, hiding in the shadows between the shiny and massive two-volume A–Z Encyclopaedia of Garden Plants and the equally glossy Mushrooms. My books are in no kind of order, just slotted in anywhere. Human hands have opened these pages since before I was born. Their skin cells and DNA are probably in the rough weave of the pulpy yellow-browning, ragged-edged leaves.

The book is In Your Garden by Vita Sackville-West. I look at what I should be doing today. She suggests that the iris are at their most lovely right now (which they are); she compares the falls—the drooping lower petals of the iris flower—with velvet and wine, and says they are the easiest plants to grow, and asks only that they are dug up and divided every three years to increase them, or to give them away. We have nobody to give them to and there are masses of them; the rhizomes have become straggly because I haven’t dug them up for a few years—they are leaving their bed and wandering onto the lawn, and I feel neglectful. Vita also talks this month about taking rose cuttings. Having done this many years ago, we have a good bed of pink roses, all taken from the same few plants, which are looking great right now, but probably need deadheading. I put the book in my lunch bag and drive to work.

I trim a few iris rhizomes back with my secateurs and pot them up in the greenhouse, cutting their scrappy leaves back with shears so that they put their energy into developing roots instead of maintaining leaves. It was what I was taught many years ago. I do it out of habit. We do many things out of habit, and I remember a story I was told about a woman who always cut her Christmas turkey into pieces before putting it in the oven. After some years, her husband asked her why she was doing that. She told him that her mother had taught her to do it that way. She decided to ask her mother what the purpose was, and her mother told her that when her daughter was young, they only had a tiny oven and the only way she could get the turkey in the oven was by cutting it up. I am the same with gardening. I do it the way I was taught; my methods may be rubbish, but they work for me.

Then, as Vita suggested, I wander down to the roses and, not having brought a trug with me, I cut off the faded flowers and stuff my pockets with the immature seed heads. It feels good to let somebody else make the decisions for a while. It is summer, I am in shorts and a straw hat, feeling absent-minded and mooching about.

Blistering sun, then storms come. It’s hard to work in either, so I shelter and watch flocks of sparrows swishing from tree to tree singing, a rush of plucking from a dozen mandolins. In the roses they are eating aphids; they leave the ladybirds, whose red coloring tells the sparrows that they are not for tasting. The ladybirds also eat aphids. By growing roses, I am nature’s way of providing greenfly for the sparrows and ladybirds and ants.

I do not spray the aphids on my roses, although in the past I have lost whole crops of broad beans to them.

There is no shortage of aphids and they reproduce at a flock-sustaining rate. Rose greenfly generally live on young shoots. They can kill small plants by sucking them dry, and carry viruses from plant to plant that can make stems twist themselves into corkscrew shapes, or leaves develop mosaic patterns or curl and die.

The greenfly is a very curious animal. Squidgy and semi-transparent, they pass their winter as eggs, which hatch in the spring—all as females, which pump out live babies every fourteen days by parthenogenesis until they are surrounded by their tiny clones; there are no male greenfly at this point. The young emerge tail-first, and commence feeding on plant sap pretty much as soon as they find a gap in the crowd. From their beak they drive a sharp stylet down into the plant, and the pressure of sap in the plant loads up the aphid, inflates it with more food than it can digest properly. Overflowing from its anus, this drips as sticky sweet honeydew that attracts ants, fungus and mould. One individual “stem mother” can give rise to millions, as they become sexually mature very quickly.

Soon the mother is overcrowded, surrounded by her young, who don’t travel very far. Some of the new females are then born with wings and fly off to other plants—one brood having wings, the next brood having no wings—alternating until the early autumn, when the various stem mothers start to lay males among the egg-laying females. They mate and the females lay eggs that survive over the winter, and the whole cycle starts again the following spring.

Some ants have a delicious relationship with the aphids. They farm the aphids and look after them, often transporting them to new food plants at the appropriate stages of the aphid lifecycle, sheltering the eggs in their underground nests during the winter, frequently running massive farms that can spread across the root systems of several trees. Ants milk the aphids for their honeydew, stroking their soft bodies with their front legs; the ants then use the honeydew to feed themselves and their brothers and sisters, and some species will protect the aphids quite aggressively from predators, spraying formic acid at them. The manna that came from heaven in Exodus is widely believed to be the honeydew secreted by an aphid—a scale insect that lives on tamarisk trees in Sinai. Aphids are also eaten by lacewing and hoverfly larvae, earwigs and beetles.

I do not spray the aphids on my roses, although in the past I have lost whole crops of broad beans to them. I am nurturing sparrows and ladybirds, beetles, ants and underground fungus instead, all of which rely on the greenfly. 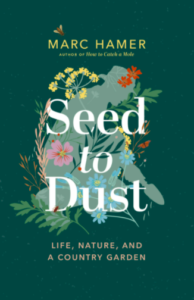 Excerpted from Seed to Dust: Life, Nature, and a Country Garden by Marc Hamer, available May 2021 from Greystone Books. Excerpted with permission of the publisher.

Marc Hamer was born in the North of England and moved to Wales more than thirty years ago. After spending a period homeless, then working on the railway, he returned to education and studied fine art. He has worked in art galleries, marketing, graphic design, as a magazine editor and taught creative writing in a prison before becoming a gardener and mole-catcher.

Half Lives and Long Drives:
An Interview with Anne Carson and Robert Currie 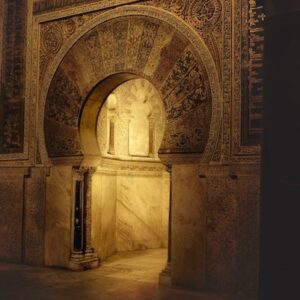 Because I don’t have at the ready a pat way of explaining my lifelong fascination with the ancient world, when I’m asked...
© LitHub
Back to top
Loading Comments...