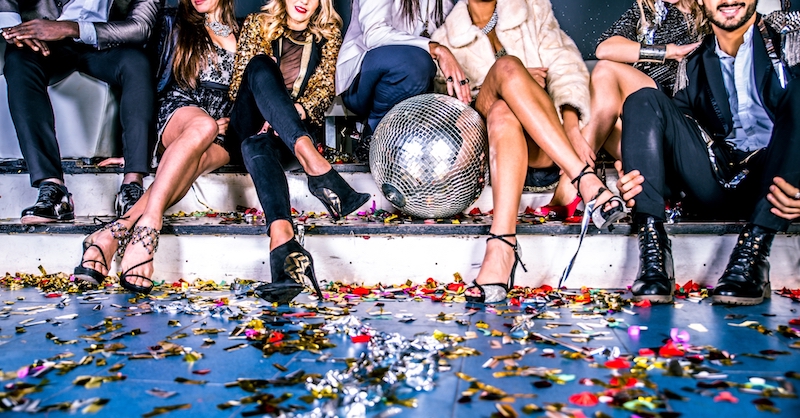 Five Surprising Things I Learned from Partying with Rich People

In 2010, I began going out with club promoters, that is, people who set up parties for the world’s “very important people.” Over the next few years, I interviewed 44 promoters by day and followed them out at night, first in New York, and then in Miami, the Hamptons, and Cannes, donning the requisite four-inch high heels and a hand-me-down Chanel purse.

What was a sociology professor doing out late at night in bottle-service nightclubs? As the economy recovered from the Great Recession, it was becoming clear that financial gains were flowing disproportionately to those already positioned at the top of the class ladder. While the unemployment rate slowly climbed up, bankers were throwing million-dollar birthday parties and oligarchs made headlines outspending each other on bottle service in Mayfair, London.

Rich people were capturing headlines with high-priced art, yachts, and private planes, all broadcast in lurid detail on social media, most notably in the Rich Kids of Instagram and even, as I scrolled through in amazement in 2016, in the Instagram feed of Melania Trump, then soon-to-be First Lady, who posed for selfies in fur coats in that gold-plated penthouse on Fifth Avenue.

I joined the VIP party because I wanted to understand how the rich think about spending sprees that, to outsiders, border on ridiculous. What I found was a bizarre economy of beauty and money, which was both shockingly stereotypical in its formulation of gender, and also strange in the ways it fused exploitation with pleasure. Here are five surprising things I learned from partying with the world’s Very Important People.

Rich people are ridiculous, and they know it.

In the VIP party circuit, clubs provide a stage for the jet-set to display their wealth with bottle service. The markup on a bottle of champagne was going for over 1,000 percent in the Meatpacking District prior to the pandemic. Bottles come in jumbo sizes with Biblical names like jeroboam (4.5 L) and methuselah (6 L), the equivalent of eight regular bottles, a Cristal of which was priced at $40,000 at Provocateur in New York circa 2015.

As bottle sizes increase on the menu, their prices rise exponentially, not linearly, as the display of the bottle, not its content, is what people are really buying. The biggest spenders in the club world are called “whales,” and they spend upwards of $10,000 in a single night. Some whales have legendary tabs, like Jho Low, an infamous Malaysian businessman who spent over $2 million in St. Tropez in 2010 in a single night. (Low is now an international fugitive with arrest warrants in three countries for fraud involving the 1MDB fund.).

To distinguish itself as a high-end place, a club needs a so-called “quality” crowd which comes down to two indicators: men with money and women with beauty.

When the whales get to spending, the club feels electric: people cheer and take photos while beautiful cocktail waitresses carry sparkler-clad bottles of champagne to rich people’s tables.

But in interviews, outside of the club, when I interviewed people about their bar tabs, they were repulsed by such consumption, widely denouncing it as vulgar and “ridiculous.” Speaking in quiet cafes or in corporate boardrooms, clients who had spent thousands on nightclubbing downplayed the expense, and pointed to other clients known for spending more—like oligarchs, or Arabs.

“It’s people that have not earned their dime,” as one banker in New York told me. The clients I met wanted to be seen as hard working and deserving of their material success. If they worked so hard, didn’t they deserve to play hard on occasion?  So they reasoned with a pinch of unease.

Herein lies a fundamental tension of class privilege: economic elites are often uncomfortable with the fact of their wealth and the inequality it supports, while they also enjoy what it brings.

There are no women in the VIP party scene. But there are a lot of girls.

To distinguish itself as a high-end place, a club needs a so-called “quality” crowd which comes down to two indicators: men with money and women with beauty. The goal is to have significantly more women than men at all times. To that end, clubs hire party promoters to recruit women with a very specific sort of rarified beauty: fashion models who are, thin, predominantly white, and typically young.

Promoters take pains to find fashion models, recruit them, and bring them to the clubs, usually enticing them with free meals and bottomless glasses of champagne, sometimes also free transportation and accommodations in jet-set destinations like Cannes and St. Barts. After authentic models, the next best thing is a “good civilian,” a woman who looks like she could be a model. She has the two most important bodily cues that signal high status: height and slenderness, but she may be a few inches or years off the mark, which was how this sociology professor got a seat at the table.

All women in possession of this “bodily capital” are ubiquitously called girls. There are no women in the VIP club, because “girl” is an altogether different social category from woman. This is not just about age. At 32, I was also a girl, about ten years older than most of them.  What is a girl, if any woman from her teens to her thirties can be one?

The term “girl” came into popular usage in England in the late 19th century to describe working-class unmarried women who occupied an emerging social space between childhood and adulthood. Not quite a child, the girl was childlike in that she had yet to become a wife or mother, and she was thought to engage in “frivolous” pursuits like urban leisure. By virtue of sitting with a promoter, wearing high heels, and being a part of the VIP club, any woman becomes a girl. Because in this rarefied world, there is an unspoken but widely understood logic: girls are valuable; women are not.

Girls are currency, but it is most valuable to men.

Most of the promoters I partied with were not from elite backgrounds. They came from middle or working-class families, and few of them had finished college. Yet they drink high-priced champagne and share social space with the upper class. This is a remarkable accomplishment in itself in the United States with its relatively low rates of class mobility.  Girls offered promoters a pathway to meet valuable contacts in exclusive spaces in which they otherwise had little chance of belonging.

With a few “good girls,” promoters could attract the notice of club management, who paid them between $800–1,000 a night to party at their spaces.  Girls also helped promoters build social ties with wealthy men, whom they saw as potential investors for their business ventures such as opening their own clubs or restaurants. One promoter, who had been selling cell phones in his native Queens prior to hosting models at an exclusive Meatpacking district club, described how he had made in impression with club management and high-end clientele: “All you have to do is just walk around with girls.”

That men could use girls to advance their social and business aspirations was obvious. What was less obvious was how girls themselves could capitalize on their beauty. As it turned out, female beauty was worth more to men than it was to the girls decorating their arms. Girls could generate enormous returns, which were almost entirely concentrated in men’s hands.

Promoters who were men were far better positioned to capitalize on girls’ beauty than were women promoters, who struggled in the job. Of the seventeen clubs I regularly attended in New York, just one was owned by a woman. The world of VIP nightlife is run by men, for men, and fueled by girls.

As valuable as models were to the scene, promoters and clients alike looked down on them as unserious women. By using their “bodily capital,” the main trait they needed to enter a VIP space in the first place, women entered into a dubious position that rendered their other qualities nearly invisible.

The “party girl” is a sexist and classist trope that penalizes women for accessing a world of wealth and power they have historically been excluded from.

In fact, I met quite a variety of women with diverse professional backgrounds and goals in the scene. There were plenty of underage and uneducated models filling promoters’ tables, that’s true, but there were also university students with majors ranging from fashion, law, and business. I frequently sat beside young professional women with new careers in fields as diverse as real estate to medicine. But by virtue of being guests of promoters, men assumed they were all just “party girls,” whose work and personal lives must be unstable.

Clients liked being around party girls at night, but they were the last thing they wanted to see in daylight, since they imagined such women to be promiscuous and not fit for long-term relationships. Party girls were the pool of hook ups, but not the pool of future wives.

The “party girl” is a sexist and classist trope that penalizes women for accessing a world of wealth and power they have historically been excluded from. Few students, fashion models, and for that matter, sociology professors can afford to dine and dance in upscale Manhattan establishments. The term “party girl” holds deeply classist and sexist assumptions that a woman’s morality is compromised if she uses her beauty to access men’s worlds of power. And if she has fun doing it, heaven forbid!

It is actually really fun to be there.

Now that I’ve described this sexist world in which “girls” are paraded in high-heels for men’s status contests, you might be wondering, why do women participate at all? For the most part, they like it. They found exciting the experiences of partying in exclusive destinations, meeting celebrities, and flying with the jet-set.

They also got the thrill of attention from rich and powerful men.  Through their looks, they could get close to what they and most other women are otherwise excluded from: economic power. In this exploitative arrangement, women are active participants, and seeking pleasure, too. 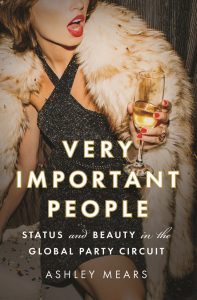 Ashley Mears is associate professor in the Department of Sociology and in the Women's, Gender, and Sexuality Studies Program at Boston University. She is the author of Pricing Beauty: The Making of a Fashion Model. Her writings have appeared in the New York Times, Elle, and other publications. She lives in Boston. 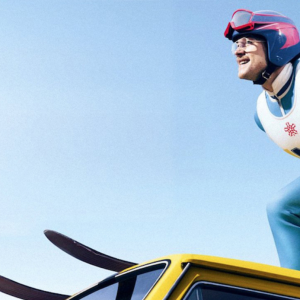 With the Olympics postponed to July 2021, you might be missing your sports fix. In case you need a taste of the thrill of victory...
© LitHub
Back to top
Loading Comments...