Five Reasons Why Writers Should Move to Columbus

Forget New York and Get Yourself West to Ohio

Under a thousand dollars a month can get you a one-bedroom apartment smack in the center of the Short North, a popular gay neighborhood. There you’re close to art galleries, ethnic restaurants, and hip breweries, like Seventh Son, that pay as much attention to the aesthetic of their space as they do to the taste of their beer, making it a lovely space to socialize at night by the fire pit, or work quietly in the daytime. The North Market features Thai, Vietnamese, Mexican, Indian, Polish, Italian, and more, including the famous Jeni’s Ice Cream. The very decent public transportation system means a car isn’t an imperative, though once you’ve got one, parking and traffic aren’t the headache they can be in cities of comparable size. We were ranked 34th in the nation for best places to bike, a great way to get around after a day of sitting and writing.

Ready to be a homeowner, you successful writer you? (Congratulations on your romance novel/vampire series/very lucrative side gig with MaryKay.) Established writers can buy a nice house in a safe neighborhood with a decent public school system. The median sale price in Columbus proper in 2014 was $141,500 and in 2015 it was $126, 900, so go ahead and cash in that advance and go nuts at Ikea.

What this affordability looks like: if you come here for grad school, your crippling self-doubt and alcohol problems can play out in the privacy of a decent one bedroom or a run-down half a duplex on your stipend, within walking distance of grocery stores, bars, restaurants, and parks.

2. There’s a plethora of part-time opportunities perfect for creative people

Being an adjunct English instructor isn’t ideal if you have an expectation of the American Dream. But if your goal is to make enough money to live, have enough time to write, and feel intellectually engaged, there are a half-dozen colleges and universities that keep the Columbus literati regularly employed. Most of these positions are to teach composition, which I like to think less as a distraction from creative writing and more of intellectual and artistic cross-training—important to a writing routine and a relief.

The stories we tell ourselves, right?!

At Columbus College of Art & Design, adjunct instructors regularly teach creative writing workshops, for a decent wage, too. At Columbus State Community College, you don’t need a lengthy CV to teach creative classes, but you do have to teach about a hundred students to make a living wage.

An adjunct English instructor at The Ohio State University makes approximately $5,000 a class. If you don’t have a car payment or student loans, and you really like ramen, you can live off of a class or two (I did this in 2011 and 2012) and write most of the livelong day.

At Columbus State Community College, the salary is significantly less than OSU, and CCAD is somewhere in between. In the suburbs, you can teach at Dennison or Otterbein and make more, though these opportunities are harder to come by.

3. There is just enough to do, but not too much

I didn’t always love Columbus. In 2011, a group of writer friends and I were joking about the city’s campaign to come up with a new slogan. “Come Settle Here,” one suggested. “Columbus: Everything You Need and Nothing More,” another said. Now I think about that second one fondly.

Everything about Columbus is Midwestern: the city is polite, wants to stay out of your way, endeavors not to distract you. The weather keeps you working inside all winter, curled up with a candle and a book while the snow falls, and then gives you just enough hiking/camping/cookout opportunities in the other seasons. But it by no means demands that you get out there and enjoy it. The city gives you ways to distract yourself from your impending death on an introvert’s rhythm:

There are excellent dance parties just about every weekend: hip-hop, pop, and vinyl oldies. In their Midwestern way, they don’t compete with one another. There’s even a Friday early-morning dance party called “Wake and Shake” at Wild Goose Creative where you can unselfconsciously get down and sweat out some of that existential dread before you even start your day. The Wexner Center brings in fascinating art installations every six months and hosts an outdoor film series in the summer.

The local music scene is absolutely killer: for five dollars or less on a weeknight, you can see a great show, and the city attracts headliners of all genres too. Venues like Ace of Cups, Strongwater, Newport Music Hall, Notes and Bluestone host local bands like Counterfeit Madison and Saintseneca, selling out of tickets quickly.

The city boasts a handful of reading series for the up and coming too, often paired with established local writers (of which there are plenty) as well as a thriving Slam Poetry scene.

4. There’s a big LGBTQIA community here, and activism is strong

Here in Columbus, people give a shit. Several nights a week, there are talks or meetups to try to make the city better, more accessible, more connected, safer for everyone. Activists and local politicians are friendly in coffee shops and the city is small enough that you run into people. The queer community is integral, with some describing us as the next San Francisco.

Black Lives Matter Columbus has an active chapter here as well, and they do the work of educating the community on the work still left to be done. Which, as we know, is considerable.

Writers need to strike a balance between solitude and connectedness, and being literally alone and truly understanding other people, and Columbus is the perfect place for that.

Or Paris. Or Prague. It’s distinctly uncool, in the literary sense, and this is precisely what makes it so cool. What are you a writer for, if not to discover something unknown? If not to see something that is under-documented and bring it out into the world? I’m not saying such creation is impossible in your Nigerias and your Irelands, but sometimes a little less competition can be a good thing. Yes, there is an army of fundamental-Christian-looking-hipsters in flannel shirts and bushy beards, and they will talk your ear off about craft beer and their new fixed-gear bike that they built with their grandpa’s tools. But true pretension is hard to come by here, and that’s seriously valuable to a writer, budding or established. There are plenty of people to talk shop with, but no one judges you when you’re agentless, publicationless, broke, or in a dry spell. There is a serious camaraderie here, and a lovely lack of pressure.

Here we’re not on the cutting edge of anything, except medicine, college football, and deciding who the next leader of the free world will be.

Annie McGreevy was born and raised at The Jersey Shore. She holds a BA in Literature from American University and an MFA in Creative Writing from The Ohio State University. She is the author of the novella Ciao, Suerte, and her short fiction has appeared in The Portland Review and elsewhere. She is currently a Senior Lecturer at Ohio State and is working on a novel.
http://anniemcgreevy.com/ 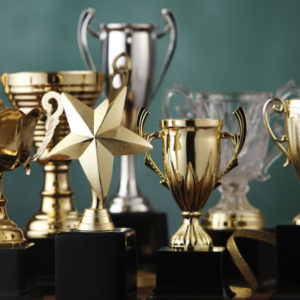 Literary Award Season is upon us: PEN Center USA has announced the winners of their 2016 Literary Awards, as chosen by "a...
© LitHub
Back to top