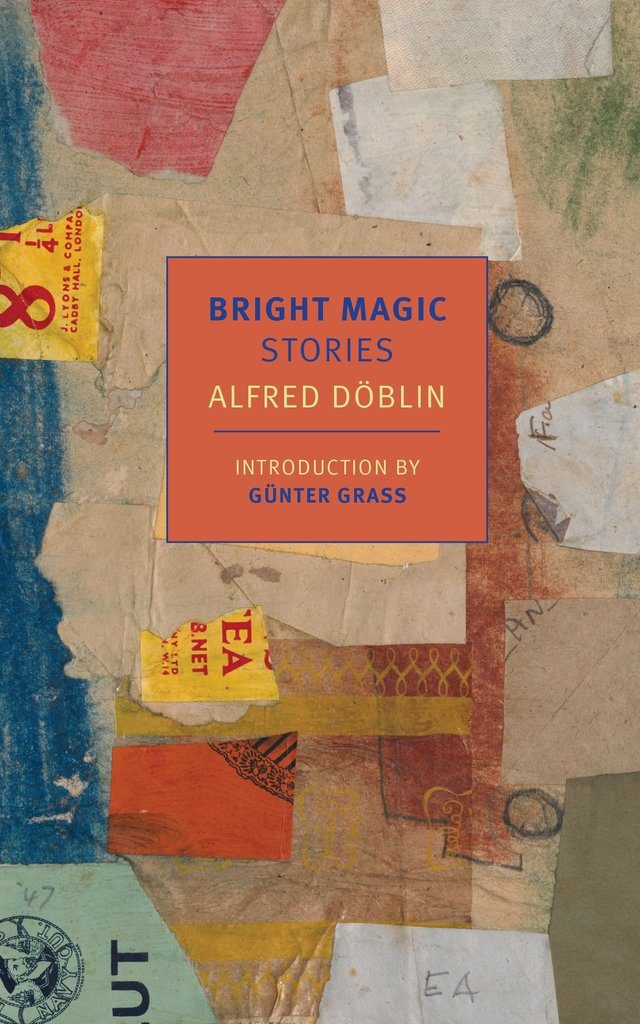 The following is from Alfred Döblin’s Bright Magic: Stories, translated from the German by Damion Searls. Döblin was a German novelist, essayist, and doctor, best known for his novel Berlin Alexanderplatz (1929). A prolific writer whose œuvre spans more than half a century and a wide variety of literary movements and styles, Döblin is one of the most important figures of German literary modernism.

THE ERUPTION OF MT. VESUVIUS

One day, a man living in the city of Minsk in Poland, little concerned with the wider world, raised suspicions with his remarks about Italy and was thereupon arrested.

As everybody knows, volcanic eruptions have long since ceased to be attributed to events in the earth’s crust. Everything is simply chalked up to arson. Now Vesuvius was active again at the time, and everyone was asking, Who started the fire?

At the home of the above-mentioned individual from Minsk, who led a quiet, withdrawn life and had expressed the opinion to neighbors that the eruption of Mt. Vesuvius was of no concern to him, in Minsk, there was found an entirely emptied matchbox as well as a large quantity of still-unburned newspaper pages. He was unable to give a satisfactory explanation of either the used matches or his plans for the bundles of newspaper.

Finally, under cross-examination, he confessed to having started the fire. Why? His interests were scientific. He was pursuing the topic of remote ignition. He had already tried several times to ignite Mt. Vesuvius or some other volcano from here in Minsk; he had never been able to do so. Only now had he learned, from the newspapers, that he had been successful.

Further investigations revealed that he had in fact been in Minsk at the time the deed was committed. He did not want to reveal how he had done it. He said people could cause too much mischief if they knew. The tsar’s central authorities in Petersburg, led by Posadowsky and Stokowski, ordered the incident hushed up, for political reasons and also because Italy could otherwise claim all kinds of compensation for damages from Russia every time Mt. Vesuvius erupted again.

The man was thus released from custody. He had to pledge that his further efforts would be restricted to remote volcanoes, for instance in the middle of the Pacific Ocean. A suitable cluster of volcanoes was suggested to him.

After the fire was started, the volcano belched fire for weeks. Then it merely smoked. During this period, the man from Minsk, it was discovered, began to smoke too.

Eventually the whole affair was forgotten.

The man himself tried other things, since this one hadn’t paid off. He emigrated to Smolensk, then to Poltava. Eventually he settled along the Berezina. His project, he said, was to annul famous old battles retroactively. No one knew why. He was a hermit who lived deep in a world of his own.

THE ORIGINS OF CAVIAR

Caviar is formed from gray-green boulders that have been eroded by the weather and exposed to frequent rainstorms. This occurs in the mountains. When the stone grows soft, the individual particles, happy to be able to move at last, set out on the double and swim down the torrential streams to the valley.

There a joyful village population awaits them, having prepared for the event by erecting walls and defenses against which the caviar will be dammed (not: damned). Anyone who wants to can safely skim it from there and spread it on a slice of bread. The stony taste goes away if you chew long enough.

The caviar for sale in stores is excreted from fish and cannot in any way be compared with the original caviar, described above.

One day, a man named Karl Flieder, chimney sweep by trade, went into a library and could not shake off his amazement at the number of books inside. He was defenseless against the thought that these works, always there (unless checked out at the moment), must have, over time, exerted a powerful influence on the walls and ceilings. They must have been exerting this influence for ages by now, so that it would be possible to acquire a kind of education simply by being there, by sitting in a chair, by standing around.

He told no one about this perfectly reasonable thought but sat in the library in his free time, on a chair, at a table, and looked around, and waited. Flieder, a journeyman who worked with two assistants, permitted himself in the interests of his education a half, later a whole, and indeed sometimes even two hours. He fell asleep on occasion too and always woke up invigorated, serious, and thoughtful.

But what these thoughts were, of which he was full—that he never got to the bottom of.

To try to figure out what they were, he occasionally walked over to some shelf or another before he left, pulled out a book, and consulted it. Sometimes he seemed to think or to have thought something similar to what he found there. But when he reached for another book, a Wild West adventure story or the like, it could have been that too. It was impossible to determine.

From this he concluded: In a library you can’t bother with individual books, which after all contradict each other anyway, you need to make do with a kind of cross-total that spending time in a book-filled room automatically produces. In short, he stopped going over to any shelves and went back to simply sitting around, during which activity many things came to his mind, none of which, however, he pursued.

The chimney sweep lived in this state of suspension for many years. Everyone could see that he was a serious, deliberate man. People said that his great respect for books kept him from reading. That respect certainly existed, but he also had a different mode of learning.

Max was a little girl.

She wore a wreath of buttercups in her blond hair. Her dress was woven of glass, which her mother, to please the child, colored according to the season of the year: green in spring, red in summer, yellow in autumn, and white in winter. How she did this was her secret, but it was out of love for Max, so she could do it.

As a consequence of this clever camouflage, Max, when she stayed out while her mother was working as a washerwoman, was invisible to most people, and her mother could do her work with her mind at ease. But Max often startled people she ran across on the road, when they suddenly saw two black shoes and two little legs come skipping by with nothing above the knees. The shrieks of these individuals startled Max in turn, so that she ran away from herself and hid in her courtyard. Her mother then gave her a pair of contrast eyeglasses so that at least she could see herself when she got scared that no one was there.

Now and then her father looked after things too. He was a friendly tailor, if we might describe his activity with this term: He would snip and trim all kinds of articles out of the newspapers and sell them tailor-made to other people, as a way to keep himself and his family above water.

Max, incidentally, had a brother, whose name was also Max and whom she always followed around. Our Max’s (our girl Max’s) good nature can likewise be seen from the fact that no fights ever started between them when someone shouted “Max!” The fact is, neither of them paid attention to the name, and the brother named Max paid no attention in the slightest. The fact is, he was just called Max, but he wasn’t one, and was not even really her brother, she just called him “Brother.”

He was a giant, gargantuan hippopotamus. No idea how it could have strayed into the narrow courtyard of their house. But when he appeared and nestled up to her little daughter, the mother, who did everything for her Max, took him in.

Now the time had come for the great harvest festival, which was celebrated in all the courtyards and backyards along the street. People customarily gathered in the largest courtyard that evening, but this year it was decided that they should gather in the smallest courtyard, out of respect for the mother, whose it was. There was room for no more than ten or twenty people, even after the garbage cans were moved elsewhere. Yet some hundred children typically took part in the harvest festival, what with the Chinese lanterns and the beautiful music with everyone singing, and then too there were the grown-ups, who wanted to dance.

All these people, close to two hundred, now marched through the dark streets with a jolly man named Uncle Pete in the lead and a band consisting of a hurdy-gurdy, four drums plus a kettledrum, and a trumpet.

But all were quiet. They knew a surprise was planned for them in the yard.

In preparation for the festival, Max’s mother had not fed Max’s brother for a week. The hippo was thus looking forward to the festival as much as everyone else. As was his sister in her little glass dress. The merry crowd approached. Uncle Pete entered the courtyard, Max’s mother did the honors, the hurdy-gurdy played, the kettledrum went boom boom, the other drums rolled, the trumpet blew what it could blow. And just then, the residents of the rear building dumped big buckets of water out their window, which they had prepared on Max’s mother’s instructions. Whereupon Uncle Pete and his band dispersed.

The first group of children, twenty in number, came into the courtyard singing, their lanterns lit. One pour and they disappeared. The next twenty came in and were received in the same fashion.

Then the next, and the next after that. The residents had to work feverishly, but it all went smoothly.

During this harvest festival, Max’s mother stood in the doorway of her comfortably furnished ground-floor apartment under an umbrella, to her right little Max, to her left the hungry hippopotamus, and they all enjoyed the successful celebration. When, at the end, the twenty adults appeared, the hippo bade farewell to his sister and her mother and swallowed the front ten.

The ten in back turned to the mother and complained that now they couldn’t carry out the performance they had planned because the ten in front had been their ladies choir. The mother said there was nothing she could do about it, talk to the hippopotamus. Max, the hippopotamus, asked what they had been planning to sing.

The people in his belly answered, “The Serenade by Schubert, text by Shakespeare, LP #4008.”

At that, he respectfully let them out. The choir was complete and they could start their performance.

During which, in compensation, the big Max ate a week’s supply of oats, because the mother, who knew a little etymology, was raising the hippo-potamus or river-horse as a real horse.

WHAT PEOPLE MEAN BY COW’S CHEESE

To gain clarity on this matter, renowned intellectual Gregor Gregorovich opened one of his books and read:

In the spring of 480 Before Christ, Xerxes the King of Persia set out to subjugate the Greeks. He threw a bridge across the Hellespont and crossed it with a mighty army, more than two million people, including women and noncombatants. At the same time, a Persian fleet consisting of 1,200 ships dropped anchor along the Thracian coast. The Persians and Greeks clashed in several battles: at Salamis, Thermopylae, Plataea, and Mycale. The Persians were utterly annihilated.

All due respect for the deeds of the Greeks notwithstanding, Gregor Gregorovich did not see how this would be of any help to him in the question of cow’s cheese and therefore regretfully closed the book. 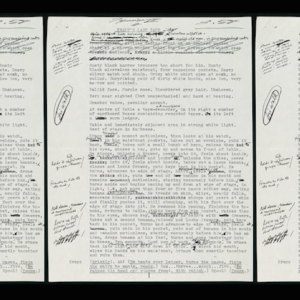