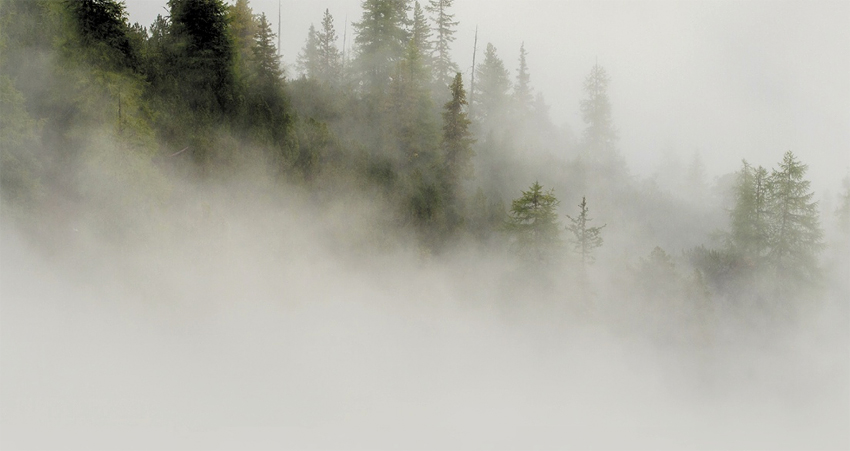 Margo Jefferson, Paul Beatty and #NBCC are all trending on Twitter in the days after the National Book Critics Circle awards are announced. Jefferson’s intimate, elegant and ironic memoir Negroland picks up the autobiography award. Beatty takes home the fiction award for his darkly satiric novel The Sellout, and Sam Quinones creates a masterful narrative about the country’s opiate abuse. Honors also to Ross Gay, Maggie Nelson, and Charlotte Gordon. The PEN/Hemingway award for debut fiction goes to Ottessa Moshfegh’s Eileen, which also was an NBCC fiction finalist. Jonathan Lee’s third novel creates a microcosm of deeply etched characters in a Brighton hotel that is the target of a terrorist bomb, Annie Dillard’s collected essays revive interest in her work, and historian Ellen Fitzpatrick adds historical perspective to Hillary Clinton’s presidential bid.

How was Beatty’s National Book Critics Circle award-winning novel received when first published a year ago? We went to the videotape, and found these prescient raves.

“If not a classic, The Sellout is destined to be a really good cult jam,” writes Kevin Young (New York Times Book Review). “It’s a post-soul parody, trying to feel more like the skits between songs than the song itself.

Michael Schaub (NPR) concludes, “The Sellout isn’t just one of the most hilarious American novels in years, it also might be the first truly great satirical novel of the century.”

“The first 100 pages of …The Sellout are the most caustic and the most badass first 100 pages of an American novel I’ve read in at least a decade,” writes Dwight Garner (New York Times). “I gave up underlining the killer bits because my arm began to hurt.”

Kiese Laymon (Los Angeles Times) praises The Sellout, for “all its spiky satirical absurdity,” and calls it “a bruising novel that readers will likely never forget, especially those readers with the stomach to imagine and the will to remember the mystery and enduring thump of ‘our thing.’”

There was a “widespread kind of addiction that affects an entire generation in the town of Portsmouth,” Quinones told NPR Morning Edition host Renee Montagne. Many of the pills are synthetic opiates, similar in their molecular structure to heroin, he adds. “Heroin,” he says, “is the fallback drug.” By honoring Dreamland with its nonfiction award, the National Book Critics Circle makes sure Quinones’ urgent message is heard.

“Every so often I read a work of narrative nonfiction that makes me want to get up and preach: Read this true story!” writes Mary Ann Gwinn (Seattle Times). “Such is Sam Quinones’ astonishing work of reporting and writing.”

“What’s most shocking about Quinones’s history of the rise of addictive pain-killers like OxyContin is that the apotheosis of these drugs was based on completely unfounded scientific claims,” writes Laura Miller (Salon).

Kevin O’Kelly (Christian Science Monitor) calls Dreamland “a book that every American should read. And I state that without reservation. The story Quinones tells is an illustration of the failures of medicine in the so-called free-market system, of the destructiveness of corporate venality, and of the desperate and criminal lengths to which people mired in poverty or tormented by addiction can be driven.”

“The U.S. will never solve its deadly opiate epidemic if we don’t first admit we have a problem,” writes Philip Eil (The Millions). “And Dreamland is one of those rare books that’s big and vivid and horrifying enough to shake up our collective consciousness.”

Beginning with Pilgrim at Tinker’s Creek in 1974, Annie Dillard’s essays have infiltrated American culture; recently President Obama presented her with a National Humanities Medal. A compilation of her work triggers renewed evaluation.

Over her 40-year career, Dillard has proven herself one of America’s most accomplished stylists and one of its most mesmerizing sensibilities. Her natural descriptions equal those of Thoreau, and her soul is as theological as Marilynne Robinson’s. Her books rival those of Anne Carson in their prickly beauties, and her mind is as geologically curious as John McPhee’s. “The Abundance” collects Dillard’s writing from across her eight books of non-fiction, displaying her brilliance in, well, abundance. It’s true, there isn’t much new here: the most recent piece is more than a decade old. But that is a small complaint to make about such an exquisite collection.

William Deresiewicz (The Atlantic) returns to the discovery of Pilgrim at Tinker’s Creek (“The text itself is thickly planted with marvels to watch for, its vision fresh as Adam’s on the first day.”), revisits the books sampled in her collection (the only new essay, and the newest, is 11 years old), and wonders about Dillard’s “movement into silence.”

What is here is “a distillation of a strange, powerful sensibility, unique in contemporary American letters,” writes Michael Robbins (Chicago Tribune).

Elfrieda Abbe (Minneapolis Star-Tribune) concludes, “With stirring language and powerful intellect, Dillard shows us what it means to be alive, to feel ‘the planet buck under you — rear, kick, and try to throw you — while you hang on to the ring.’ Relish the ride, for time is ‘pounding at you, time.’”

A 1984 I.R.A. plot to kill Margaret Thatcher at the Grand Hotel in Brighton is the trigger for the British-born Lee’s explosive and empathetic third novel. “There are huge gaps in what’s known about the bombing of the Grand Hotel,” the author told Catherine Lacey (The Paris Review). “Everything I read about it, all the nonfiction, seemed to depersonalize the event somehow, in the same way that calling this period of history “The Troubles” inevitably depersonalizes it. I wanted to write a book about people. My big hope is that, done well, fiction can take us under the skin of history…”

“Lee’s third novel, the first to be published in the United States, is a work of social realism that treats the historical Thatcher (variously identified as Maggie, Mrs. T., the Prime Minister, and the Lady) in a balanced rather than partisan way,” writes Leo Robson (The Atlantic). “She gets no walk-on role—unless you count a momentary glimpse of shoes ‘that could be hers’—but she serves as more than just a screen onto which others project their illusions. Her presence enables Lee’s novel to bypass a crude critique, or cartoon version, of the period in order to portray individual lives floundering and changing in the midst of social and political upheaval.”

Lee’s novel is “a subtle examination of lives that didn’t turn out as planned and of parents struggling to keep their children from making the same mistakes,” writes Michael Magras (Houston Chronicle). “That these characters will soon be embroiled in an IRA bombing campaign adds tension to the book’s more quotidian scenes.”

Joan Frank (San Francisco Chronicle) calls High Dive a ”mongrel blend of political thriller, dark comedy, and pathos,” that invokes Tolstoy’s sense of “an overpowering momentum of events, in which humans may act but ultimately fade back into insignificance.”

“Lee creates a sympathetic ensemble both at the Grand Hotel and in the streets of Belfast, all while making expert use of the dramatic tension inherent in waiting for a lethal explosion,” writes Jennifer Senior (New York Times). “We make so many complex emotional investments in the lives of Lee’s characters that it takes a monk’s restraint not to flip to the very end of the book before you get there.”

Tom Nolan, Wall Street Journal also remarks on the depth of the characters: “Lee draws the reader into his characters’ lives with such sympathy and affection that when that inevitable explosion occurs, its impact is all the more devastating.”

“In High Dive, the ticktock means more than the boom [and] the fully imagined fictional bystanders become the realest of the victims,” writes Thomas Mallon (The New Yorker). “The novel’s last, almost whispered word about the bombing’s carnage is left to stand among the most devastating observations ever made about terrorism.”

Jon Michaud (Washington Post) calls High Dive “a beautifully realized novel about the intertwining of loyalty, family, ambition and politics.” He likens it to Joseph Conrad’s The Secret Agent, and adds, “Long after the bomb goes off, long after I closed the book, I found myself wondering about Moose and Freya and Dan. That persistence of interest is a testament to how fully realized those characters are, and how astonishingly well executed this novel is.”

Rebecca Traister (New York Times Book Review) calls Fitzpatrick’s book “an urgent, crucial contribution.” “No matter what, we’ll learn something from The Highest Glass Ceiling, a book unlikely to calm any nerves, but which will at least put our gendered anxieties in historical perspective,” she adds.

“This is a tale of soaring female ambition in America, and so it must be as inspiring as it is enraging,” writes Connie Shultz (Washington Post). “For every one brave woman willing to run for president, there are countless men ready to thwart her. And this is long before America had ever heard of Hillary Clinton.”

“Ellen Fitzpatrick breaks the second-highest glass ceiling: writing a history of political women that reads like a murder mystery while managing to elevate the office of president despite recent electoral buffoonery,” writes Elizabeth Cobbs (Times Higher Education). “It’s a neat trick that kept me turning pages to find out what happened next. Like the politicos whose audacity, gusto and brainpower she admires, Fitzpatrick is that entertaining.”