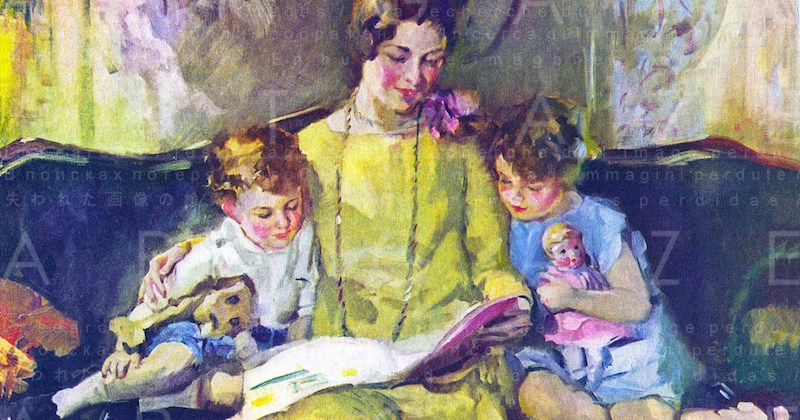 Finding Literary Spaces Amid the Intensity of New Motherhood

In the year and odd months since I gave birth to my first baby, in the early days of 2020s panic and isolation, I read books at a breakneck speed. I unsubscribed from every podcast that reported the bad news outside and instead requested as many audiobooks from my local public library as my card allowed. I listened all day as I made freezer meals and put together the baby’s crib, then read a paper book when I finally sat down to rest.

This pace of reading crowded out everything else and made me feel like there was something going on in the world besides waiting to give birth as people on ventilators said goodbye to their families on FaceTime. Reading became the way I could fall in love or root for an underdog every day, tracing character arcs and redemption plots as I felt the baby kick my palm, my rib cage, the spine of my book as I rested it against my stomach.

Now that I’m a mother, my own writing time is hard-won, and my ideas often feel so specific to this season of my life. “Write when the baby writes,” I mutter to myself every day, a play on the worst advice ever, to nap when the baby naps (which is often in the car, in the stroller, at the library . . . ). Yet so little of mothering ends up in the pages I either read or write myself. I read about and record almost none of the mundane tenderness, the comfort of routines, or the seismic discoveries that happen before lunch every day. When I do sit down to write, I don’t know how to leave behind the staging and backdrops of my daily scenes: the living room (scattered with blocks), the high chair (covered in crumbs), the park, the zoo, the grocery store aisles, the books I read during naps or after the baby goes to sleep. None of it seems interesting enough to write about, but it is mine, and that feels precious.

Irish poet Doireann Ní Ghríofa’s glorious A Ghost in the Throat begins by announcing itself as “a female text,” a label that not only says whom it’s by and whom it’s for, but also how it departs from the usual aesthetic framework by rejecting the strict terms of genre classification. The result is part memoir, part literary criticism, and part biography, part imagination, circling an obsession with another female Irish poet born three centuries earlier.

Now that I’m a mother, my own writing time is hard-won.

You can’t choose between writing about what you read or how you mother, according to Ní Ghriofa. These are the same endeavors. An 18th-century poem keeps Ní Ghriofa company as she tends to her home and children. This caoineadh (keening, in English) was composed by Eibhlín Dubh Ní Chonaill after her husband’s murder by an English magistrate and is considered the greatest Irish poem of the 18th century. The lament was passed down orally until its written form reached Ní Ghriofa as a schoolchild in County Clare. Ní Ghriofa returns to the poem as an adult, just after the birth of her third child, and the Caoineadh keeps her company in the hospital after the traumatic birth of her third child, one woman’s despair sustaining another through time, place, and experience. What follows is the result of an infatuation with Ní Chonaill’s lament born as Ní Ghriofa takes care of her own children.

As a teenager Ní Ghriofa interpreted the poem as terribly romantic; this woman keening for her lost love. When Ní Chonaill sees her husband’s mare return without him in the saddle, she takes “three leaps” to mount it and find her husband. When she comes across him dead, she drops to her knees and drinks handfuls of his blood. When Ní Ghriofa reads this as an adult, she sees not thwarted young love, but the pain of a widow with two young children at home and another on the way. Ní Ghriofa wonders what happened to Ní Chonaill, to her children, to their home.

Between pumping breast milk to donate and taking her older children to school, Ní Ghriofa approaches trying to translate the text from Irish to English and reconstruct Ní Chonaill’s life as another domestic task. “In Italian, the word stanza means ‘room,’” she writes after re-reading the poem she loves. “I reassure myself that I am simply homemaking, and this thought steadies me, because tending to a room is a form of labor I know that I can attempt as well as anyone.” She has no particular qualifications to translate the poem but her own dedication.

I read this book with astonishment while I pumped my own breast milk and during stolen moments while my toddler ate string cheese or played with blocks. The continuous line from childcare to writing to reading, from searching someone else’s pages while keeping an eye on your own home, shows how neatly domestic lives and literary obsessions throughout the centuries can map onto each other. Our names even overlap neatly—I was born Ellen O’Connell, and Eibhlín Dubh Ní Chonaill is anglicized to Eileen O’Connell. As a child, I visited the home in Ireland of her nephew Daniel O’Connell, the Irish politician and liberator, and a photo of me in his hometown of Derrynane hangs in my own mother’s study.

But beyond those surface connections, Ní Ghriofa’s rejection of the compartmentalization of attention has led me to understand that there is no separation between mother and writer, nor can I tease apart the time I spend tending to my child from the time I spend thinking about my writing, or actually doing it. Mothers are everything at once, and any attempt to behave otherwise themselves is a form of self-erasure.

“I hoarded every scanty fact and carried them through my own days,” Ní Ghriofa writes, “untethering my imagination as I did my chores, or bathed my children, or sat in traffic. I hoovered and scrubbed and read stories and wrestled duvets into coverlets, and all the while, inside me, [Ní Chonaill] was beginning to feel more and more real.” When Ní Ghriofa tends to her children, she is haunted by her other ghost, a long-dead poet, and when she tends to her ghost, her children tug at her apron strings. “Once the baby sleeps, I sit and blow again on that old steam, and Eibhlín Dubh tiptoes in to join me in my daydreams,” she writes. “I am never alone.”

We know very little about Eibhlín Dubh Ní Chonaill now, a fact that frustrates Ní Ghriofa as she searches baptismal records, archived family letters, and even Ní Chonaill’s family’s Bible for some sense of how she lived, when she died, and where she was buried. Even this quest is maternal. “While I have been dwelling on the many mysteries of Eibhlín Dubh’s life, my daughter has been growing.” After she takes her to playschool, “I spend the subsequent hours scraping uselessly at the same old archival sources. Eibhlín Dubh is never there. My mornings are too quiet, now that my children, my purpose, and my ghost have all left me.”

Reading, researching, and writing happen daily and methodically, without grand discovery or enough praise. In this way, they are a kind of mothering: a tending to ideas, nurturing them as they develop and grow, letting them fly once they’ve grown into something much bigger than we could have imagined. That our minds are elsewhere—with our work or our book when we’re with our children, with our children when we are working—is a result of the impossible task of loving so many things at once, and the lie that we must choose between selves. When mothers kindle the ideas that glow in our own homes, every text we read or write is a small miracle.

George Packer on Redefining "American" and the Inequalities of the State

Wayne Koestenbaum Would Like to Thank Dreams and Nouns 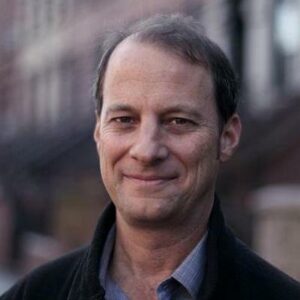 George Packer on Redefining "American" and the Inequalities of the State In this episode of Just the Right Book with Roxanne Coady, George Packer joins Roxanne to discuss his new book, The Last...
© LitHub
Back to top