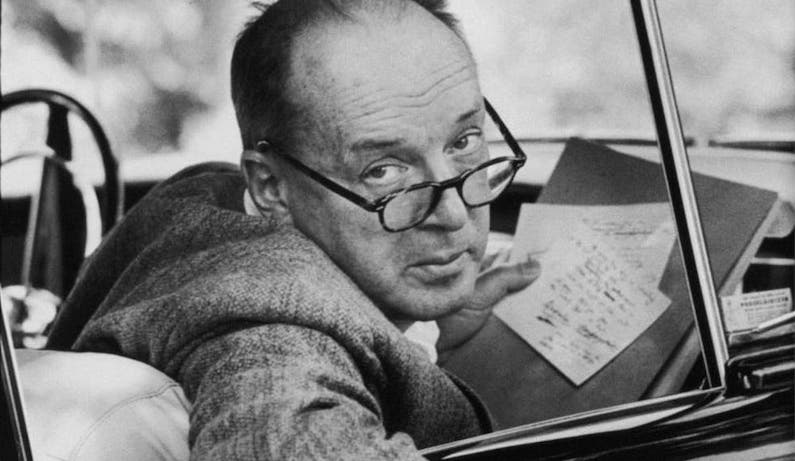 Find your next great literary insult in Nabokov’s burn book.

Vladimir Nabokov is a well-documented complainer. He’s one of the few writers I think would have been good at Twitter (sorry to almost everyone else, living or dead). Actually, he would have delegated it to Véra, who would have gotten some sort of Netflix deal out of it, probably. In any case, poet Ana Krivolapova recently tweeted a list of Nabokov’s thoughts on other writers, and while not all of them are mean—Jane Austen: “Great.” Phew!)—the (many) mean ones are tremendous.

Nabokov’s hot or not list 💅🏻
On melville: “love him. One would like to have filmed him at breakfast, feeding a sardine to his cat.” pic.twitter.com/GjqAn0teH5

Faulkner is a “writer of corncobby fictions” (lol) and a “nonentity. Means absolutely nothing to me.” The latter section, which he also uses to describe Camus, has big Mariah Carey “I don’t know her” energy. Perfect for Véra’s Twitter account! Nabokov also describes no fewer than four writers as “a formidable mediocrity.”

Still perhaps the most withering assessment—and the one I could see have the most application in workshops, book reviews, and in any other situation where you’re trying to look smart and mean but also somewhat charitable—is the one reserved for T.S. Eliot alone: “Not quite first-rate.”