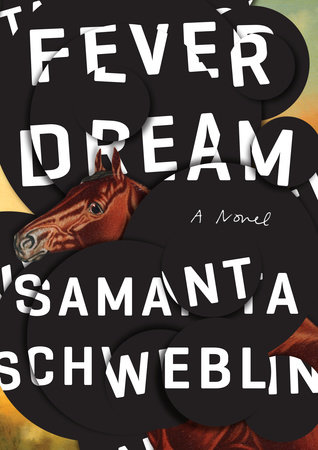 The following is from Samanta Schweblin’s novel, Fever Dream. Schweblin was awarded first prize by both the National Fund for the Arts and the Haroldo Conti National Competition for her debut, El Núcleo del Disturbio. In 2008, she won the Casa de las Américas prize for her second collection of stories, Pájaros en la boca. Her work has been translated into numerous languages and appeared in more than twenty countries.

What kind of worms?

It’s the boy who’s talking, murmuring into my ear.

I am the one asking questions.

Worms in the body?

Yes, in the body.

No, another kind of worms.

It’s dark and I can’t see. The sheets are rough, they bunch up under my body. I can’t move, but I’m talking.

It’s the worms. You have to be patient and wait. And while we wait, we have to find the exact moment when the worms come into being.

Because it’s important, it’s very important for us all.

I try to nod, but my body doesn’t respond.

What else is happening in the yard outside the house? Am I in the yard?

No, you’re not, but Carla, your mother, is. I met her a few days ago, when we first got to the vacation house.

What is Carla doing?

She finishes her coffee and leaves the mug in the grass, next to her lounge chair.

She gets up and walks away. She’s forgetting her sandals, which are a few feet away on the pool steps, but I don’t say anything.

Because I want to wait and see what she does.

And what does she do?

She slings her purse over her shoulder and walks toward the car in her gold bikini. There’s something like mutual fascination between us, and also at times, brief moments of repulsion; I can feel them in very specific situations. Are you sure these kinds of comments are necessary? Do we have time for this?

Your observations are very important. Why are you in the yard?

Because we’ve just gotten back from the lake, and your mother doesn’t want to come into my house.

She wants to save you any trouble.

What kind of trouble? I have to go inside anyway, first for some iced tea with lemon, then for the sunscreen. That doesn’t seem like she’s saving me any trouble.

Why did you go to the lake?

She wanted me to teach her how to drive, she said she’d always wanted to learn. But once we were at the lake, neither of us had the patience for it.

What is she doing now, in the yard?

She opens the door of my car, gets into the driver’s seat, and digs around in her purse for a while. I swing my legs down off the lounge chair and wait. It’s so hot. Then Carla gets tired of rummaging around, and she grips the steering wheel with both hands. She stays like that for a moment, looking toward the gate, or maybe toward her own house, far beyond the gate.

What else? Why are you quiet?

It’s just, I’m stuck. I can see the story perfectly, but sometimes it’s hard to move forward. Is it because of the nurses’ injections?

But I’m going to die in a few hours. That’s going to happen, isn’t it? It’s strange how calm I am. Because even though you haven’t told me, I know. And still, it’s an impossible thing to tell yourself.

None of this is important. We’re wasting time.

But it’s true, right? That I’m going to die.

What else is happening in the yard?

Carla leans her forehead against the steering wheel and her shoulders start to shake a little; she’s crying. Do you think we could be close to the exact moment when the worms are born?

Carla doesn’t make any noise, but she gets me to stand up and walk over to her. I liked her from the start, from the day I saw her walking in the sun and carrying two large plastic buckets. She had her red hair pulled back in a big bun and she was wearing denim overalls. I hadn’t seen anyone wear those since I was a teenager. I was the one who insisted on iced tea, and I invited her over for mate the next morning, and the next one, and the next one, too. Are these the important details?

We’ll know the exact moment from a detail, you have to be observant.

I cross the yard. When I skirt the pool, I look in the window toward the dining room to be sure that my daughter, Nina, is still asleep, hugging her big stuffed mole. I get into the car on the passenger side. I sit, but I leave the door open and roll the window down, because it’s very hot. Carla’s big bun is drooping a little, coming undone on one side. She leans against the backrest, aware that I’m there now, beside her once again, and she looks at me.

I think about what to say, something like “Now Carla, come on, don’t be silly,” but instead I look at her toes, tense on the brakes, her long legs, her thin but strong arms. I’m disconcerted that a woman ten years older than me is so much more beautiful.

“But Carla, come on, how could I not want that.”

“You won’t, Amanda,” she says, and her eyes fill with tears.

She nods. That son is you, David.

She wipes away her tears with her knuckles, and her gold bracelets jangle. I had never seen you, but when I’d mentioned to Mr. Geser, the caretaker of our rental house, that I’d made friends with Carla, he asked right away if I’d met you yet. Then Carla says:

“He was mine. Not anymore.” I look at her, confused.

“He doesn’t belong to me anymore.”

“No, dear,” she says. She has long nails, and she points at me, her finger level with my eyes.

Then I remember my husband’s cigarettes, and I open the glove compartment and hand them to her with a lighter. She practically snatches them from my hand, and the perfume of her sunscreen wafts between us.

“When David was born, he was the light of my life, he was my sun.”

“Of course he was,” I say, and I realize I need to be quiet now.

“The first time they put him in my arms, I was so anxious. I was convinced he was missing a finger.” She holds the cigarette between her lips, smiling at the memory, and she lights it. “The nurse said sometimes that happens with the anesthesia, it can make you a little paranoid. I swear, until I counted all ten of his fingers twice, I wasn’t convinced everything had turned out all right. What I wouldn’t give now for David to simply be missing a finger.”

From FEVER DREAM.  Used with permission of Riverhead. Copyright © 2017 by Samantha Scweblin.

How Art Can Defeat Boredom and Loneliness 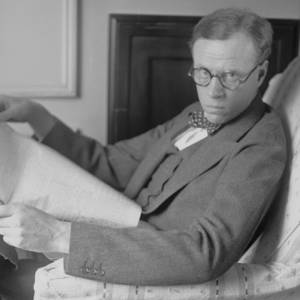 LitHub Daily: January 10, 2017 12 contemporary writers on the art of revision. | Literary Hub Min Jin Lee on suffering through 11 years to finish...
© LitHub
Back to top