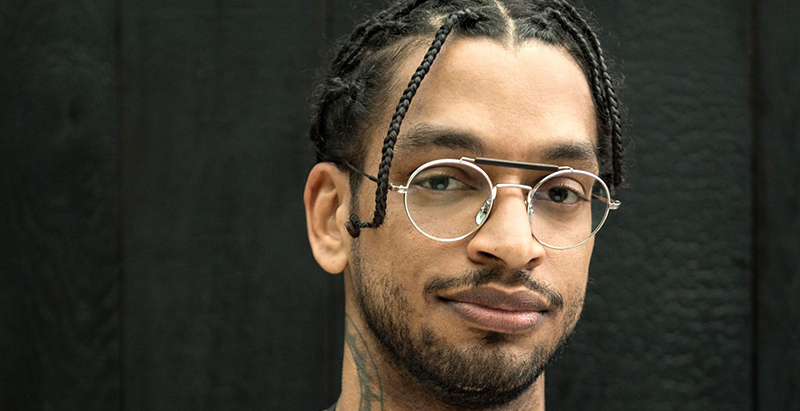 In this in-depth interview, David Zilber, director of the fermentation lab at Noma—named the best restaurant in the world—discusses how food is culture, but fermentation is culture on a deeper level.

Noma started over fifteen years ago, and now we’re going into our sixteenth year, as a very simple restaurant with big ambitions. At the start, in November of 2003—many years before I ever walked through their doors, and about the same time I actually started cooking—René had a team of eight people in a sleepy corner of Copenhagen in Christianshavn, and he was mandated to build a Nordic restaurant. And for him that meant exploring the region, taking a research trip to the Faroe Islands, and Iceland, and Sweden, and Norway to understand what was growing out there and to try and invent a cuisine that fit into the manifesto of new Nordic cuisine. And that was a manifesto created by a group of chefs in the region to cook with things from the region, to identify what the soul of Nordic cuisine was, what the soul of the history was that had led up to this point in terms of gastronomy.

Before Noma opened, Nordic gastronomy, Danish gastronomy, was nothing but meatballs and potatoes, and anything considered fine dining had its roots in French cooking. But René wanted to do things a little bit differently, and he wanted to focus on the things that were growing in the place that they were from—time and place—which was the title of the first proper Noma cookbook.

Soon into those explorations—into the explorations of the wilderness and foraging—they realized that they had to do this a little bit more academically, with a little bit more structure, than just going out, picking wild horseradish, and then asking a random forager or a guy with a van to bring back enough for a week’s worth of services. That would happen, and the horseradish wouldn’t taste as it did when René went out and picked it himself. And then he’d ask, “Why isn’t this spicy? This just tastes like any other herb.” [And the forager would say], “Well, this is horseradish, but you asked me to get wild horseradish, and you know there’s one hundred and fifty different varieties of wild horseradish that grow in the Nordic region.” And René was like, “Jesus. Well, okay, we have to figure this out then, because there is no catalog.” And that birthed the Nordic Food Lab.

That was a cooperative project between Copenhagen University and the restaurant, Noma, to catalog the edibility of the Nordic region and to figure out what was growing where, and when. What did people eat? What did they do with it? And how did it make sense in the context of what Noma was trying to do? And to the world at large, how would all of this creation of knowledge feed back into the world? It was meant to be a project that had a purpose, to fill in a gap of knowledge in the world in general.

It also conveniently served as Noma’s first test kitchen, because the researchers in there could mess around with plants and figure out: If you can’t eat this, can you manipulate it? Can you turn it into something else? Can you make a stock from it? All of these little, tiny experiments and concoctions would end up being novel new ingredients in Noma’s kitchen and pushed it into the direction that it was already going, but at an even more accelerated pace.

And through their research, eventually they figured out that a big part of Nordic tradition is preservation. There’s lots of salted fish, like saltfisk, lutefisk, fish conserved in salt, fish conserved in lye: all sorts of different ways of preserving foods. And one they happened upon was salted capers. Now we all understand capers—the berry of the caper bush that you would have in a pasta puttanesca or something like that—but people made capers from other things in the Nordics as well, one of them being the buds of wild garlic, or ramsons, that blossomed in late spring and were packed in salt. So, they started experimenting, trying to make capers. They didn’t really think anything of it. The were like, “Yes, salty things can be chopped up, they can be strewn through marinades, whatever. That seems like a good path to explore.” And some of these salted experiments got messed up. Some of them became accidents. Some of them went in with the wrong proportions of salt to vegetable matter and were tucked away and left to sit for months. Until one fateful day when an old chef who worked in the Nordic Food Lab, Torsten Vildgaard, pulled out a bag that looked a little different from the rest.And he’s like, Oh, I think someone didn’t add the right amount of salt to this. He put a spoon in, took out a very murky kind of cloudy looking liquid, and it wasn’t just salty gooseberry juice: it was completely transformed. It was lacto-fermented gooseberry juice. René tasted it and his world completely changed. It was full of umami, it was full of depth, it was full of lactic acid playing alongside the phenolic acids that came from the berries as well. And it was an “aha” moment, to say the least.

That was the opening of a Pandora’s box, because once they figured out what happened there, they were like, “Wait a second—okay.” Some of the researchers were like, “Oh, well, this is lactic acid.That happened because lactic acid bacteria were in there. That’s the same bacteria that are responsible for sauerkraut.” And it was like, “Oh, we made a sauerkraut of berries? Well, what else can we make a sauerkraut from?” And fifteen years later, we have a world-famous fermentation lab in the restaurant. 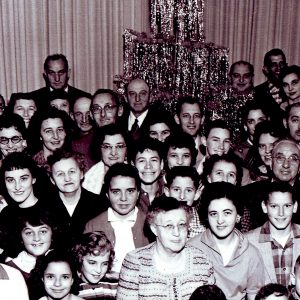 There are always margaritas at these family reunions. I step through the door of my uncle’s house and within minutes someone...
© LitHub
Back to top