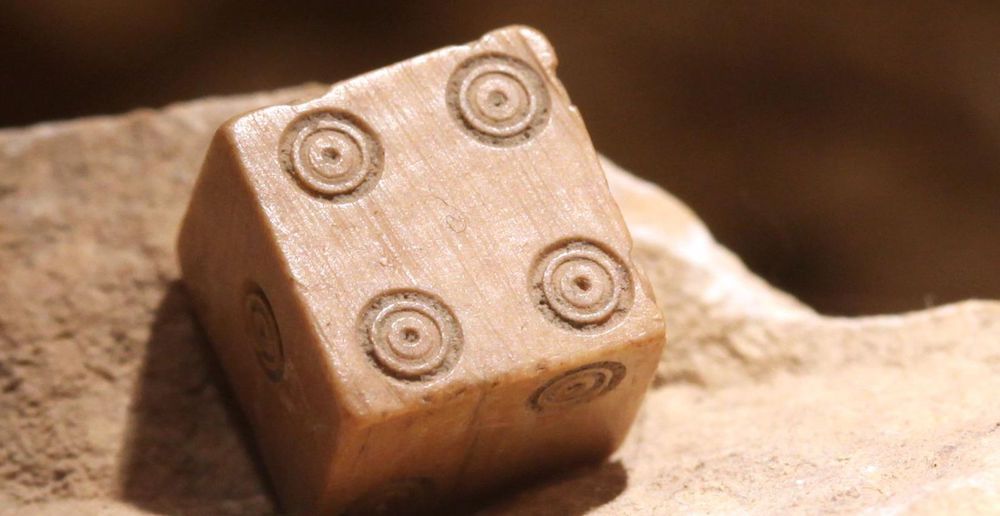 On Our Obsession with Probability

For millennia, humanity’s wish to predict the future manifested itself as innumerable methods for divination, oracular pronouncements, elaborate ceremonies to propitiate the gods, and a great deal of superstition. Very little of this had any impact on rational thinking, let alone scientific or mathematical content. Even if anyone thought of making records of predictions and comparing them to events, there were too many ways to brush aside inconvenient data—the gods would be offended, you misinterpreted the oracle’s advice.

People routinely fell into the trap of confirmation bias: noticing anything that agrees with the prediction or belief, and ignoring anything that doesn’t. They still do, in their hundreds of millions, today.

However, there was one area of human activity where ignoring facts automatically led to disaster, and that was gambling. Even there, there’s room for a certain amount of self deception; millions of people still have irrational and incorrect beliefs about probability. But millions more have a pretty good grasp of odds and how they combine, so gamblers and bookmakers make more profit when they understand the basics of probability.

Not necessarily as formal mathematics, but as a well-honed grasp of the basics plus a few rules of thumb and deductions from experience. Unlike religious predictions (oracles and so on) and political ones (confident assertions with no factual basis, Fake News, propaganda), gambling provides an objective test of your beliefs about probability: whether, in the long run, you make money or lose it.

If your widely touted system for beating the odds doesn’t work, you quickly find out and regret trying it. You can sell it to credulous mugs, but that’s different. If you use it, with your own money, reality quickly bites.

Gambling is, and has long been, big business. Every year, worldwide, about ten trillion dollars changes hands in legal gambling. (A lot more if you include the financial sector…) Much of it is to some extent recycled: the punter bets on the horses, the bookie pays out on winnings but keeps the stakes from losing bets; much of the money passes through many people’s hands, flowing this way and that; but in the long run a significant fraction ends up in the pockets (and bank accounts) of the bookies and casinos, and stays there. So the net amount of cash that ends up as profit, though substantial, is somewhat smaller.

The first genuine mathematics of probability theory appeared when mathematicians started to think carefully about gambling and games of chance, especially the likely behavior in the long term. The pioneers of probability theory had to extract sensible mathematical principles from the confused mass of intuitions, superstitions, and quick-and-dirty guesswork that had previously been the human race’s methods for dealing with chance events.

The archetypal icon of chance is a classic gambling device: dice.

It’s seldom a good idea to start by tackling social or scientific problems in all their complexity. If the early mathematicians had tried to forecast the weather, for instance, they wouldn’t have got very far, because the methods available were inadequate. Instead, they did what mathematicians always do: they thought about the simplest examples, where most of the complexity is eliminated and it’s possible to specify, clearly, what you’re talking about.

These “toy models” are often misunderstood by everyone else, because they seem far removed from the complexities of the real world. But throughout history, major discoveries vital to the progress of science have emerged from toy models.

The archetypal icon of chance is a classic gambling device: dice. Dice may have originated in the Indus valley, arising from the even older use of knucklebones—animal bones used for fortune-telling and playing games. Archaeologists have found six-sided dice, essentially the same as those in use today, at Shahr-e Sūkhté (Burnt City) in ancient Iran, a site that was occupied from 3200 to 1800 BC.

The oldest dice date from about 2800–2500 BC, and were used to play a game similar to backgammon. At much the same time, the ancient Egyptians used dice to play the game of senet, whose rules are unknown, though there’s no shortage of guesses.

We can’t be sure whether these early dice were used for gambling. The ancient Egyptians didn’t have money as such, but they often used grain as a form of currency, part of an elaborate barter system. But gambling with dice was common in Rome, two millennia ago. There’s something strange about most Roman dice. At first sight they look like cubes, but nine tenths of them have rectangular faces, not square ones. They lack the symmetry of a genuine cube, so some numbers would have turned up more frequently than others.

Even a slight bias of this kind can have a big effect in a long series of bets, which is how dice games are normally played. Only in the middle of the 15th century did it become standard to use symmetric cubes. So why didn’t Roman gamblers object when they were asked to play with biased dice? Jelmer Eerkens, a Dutch archaeologist who has made a study of dice, wondered whether a belief in fate, rather than physics, might be the explanation. If you thought your destiny was in the hands of the gods, then you’d win when they wanted you to win and lose when they didn’t. The shape of the dice would be irrelevant.

By 1450, gamblers seem to have wised up, because most dice were symmetric cubes by then. Even the arrangement of the numbers had become standardized, possibly to make it easier to check that all six numbers appeared. (A standard way to cheat, still in use today, is to secretly swap the dice for rigged ones on which some numbers occur twice, making them more likely to be thrown. Put them on opposite faces and a cursory glance won’t spot the trick. Do this with two dice and some totals are impossible. There are dozens of other ways to cheat, even with completely normal dice.)

Paying more attention to the likelihood of any particular outcome led some pioneering mathematicians to the creation of probability theory.

Initially, most dice had 1 opposite 2, 3 opposite 4, and 5 opposite 6. This arrangement is known as primes, because the totals 3, 7, and 11 are all prime. Around 1600, primes went out of favor and the configuration we still use today took over: 1 opposite 6, 2 opposite 5, and 3 opposite 4. This is called “sevens” since opposite faces always add to 7. Both primes and sevens can occur in two distinct forms, which are mirror images of each other.

It’s possible that as dice became more regular and standardized, gamblers adopted a more rational approach. They stopped believing that Lady Luck could influence a biased dice, and paid more attention to the likelihood of any particular outcome occurring without divine intervention. They could hardly have failed to notice that with an unbiased dice, although the numbers thrown don’t appear in any predictable sequence, any given number is just as likely as the others.

So in the long run each should turn up equally often, give or take some variation. This kind of thinking eventually led some pioneering mathematicians to create a new branch of their subject: probability theory. 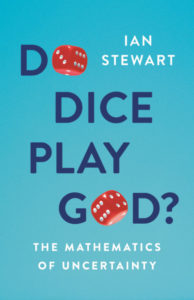 Excerpted from Do Dice Play God: The Mathematics of Uncertainty by Ian Stewart. Copyright © 2019. Available from Basic Books, an imprint of Hachette Book Group, Inc.

Ian Stewart is emeritus professor of mathematics at the University of Warwick. His recent books include Calculating the Cosmos, Significant Figures, In Pursuit of the Unknown, and Professor Stewart’s Hoard of Mathematical Treasures. He is a fellow of the Royal Society. He lives in Coventry, UK

12 Books You Should Read
This October 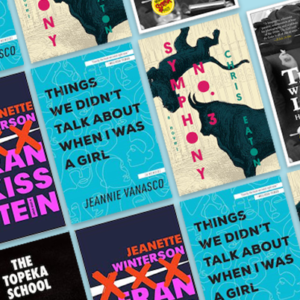 12 Books You Should Read
This October

Ben Lerner, The Topeka School (FSG) If Ferrante is the class president of autofiction, and Knausgaard the quarterback...
© LitHub
Back to top
Loading Comments...