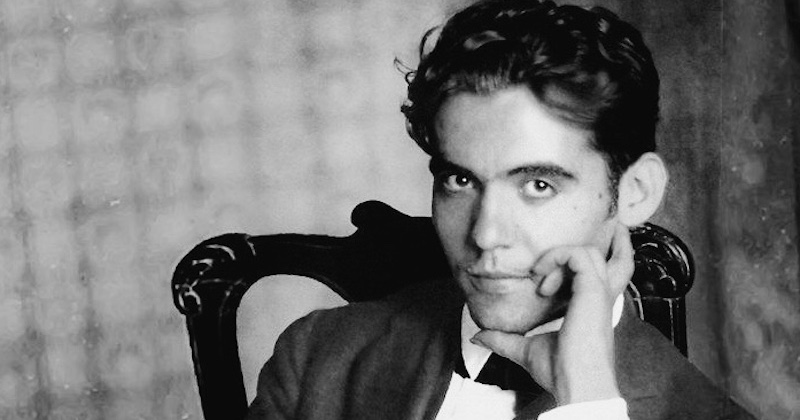 Federico García Lorca predicted his own death in a poem.

Eighty-five years ago today, on August 19th, 1936, Federico García Lorca—the Spanish avant-garde poet, playwright, and ardent socialist—was shot and killed by Nationalist militia before being buried in an unmarked mass grave somewhere outside Granada, where he remains to this day.

A tortured genius who struggled to reconcile his public persona with his sexual identity, García Lorca was only 38 when he was murdered but had, at the time of his death, been a literary celebrity in Spain and the Spanish-speaking world for nearly a decade. He made his name with the 1928 poetry collection, Gypsy Ballads, and rose to international renown with his plays Blood Wedding (1933) and Yerma (1934)—tragedies which railed against the norms of bourgeois Spanish society.

Though much about his abduction and execution remain shrouded in mystery, García Lorca was likely targeted by Francoist forces for both his outspoken political views and his homosexuality. A Franco-era report from 1965 describes the writer as a “socialist” who engaged in “homosexual and abnormal practices.”

Since the foundation of the Association for the Recovery of Historical Memory in 2000, sporadic attempts have been made to locate García Lorca’s remains, but so far none have been successful.

What’s particularly eerie about García Lorca’s death and disappearance is the fact that the poet seems to have predicted it seven years previous, long before Franco’s rise to prominence. In the final verse of his 1929 poem, “The Fable And Round of the Three Friend,” García Lorca describes not just the violent manner of his eventual end, but the fruitless search for his body that would follow:

From “The Fable And Round of the Three Friends,”
Poet in New York (1929), García Lorca