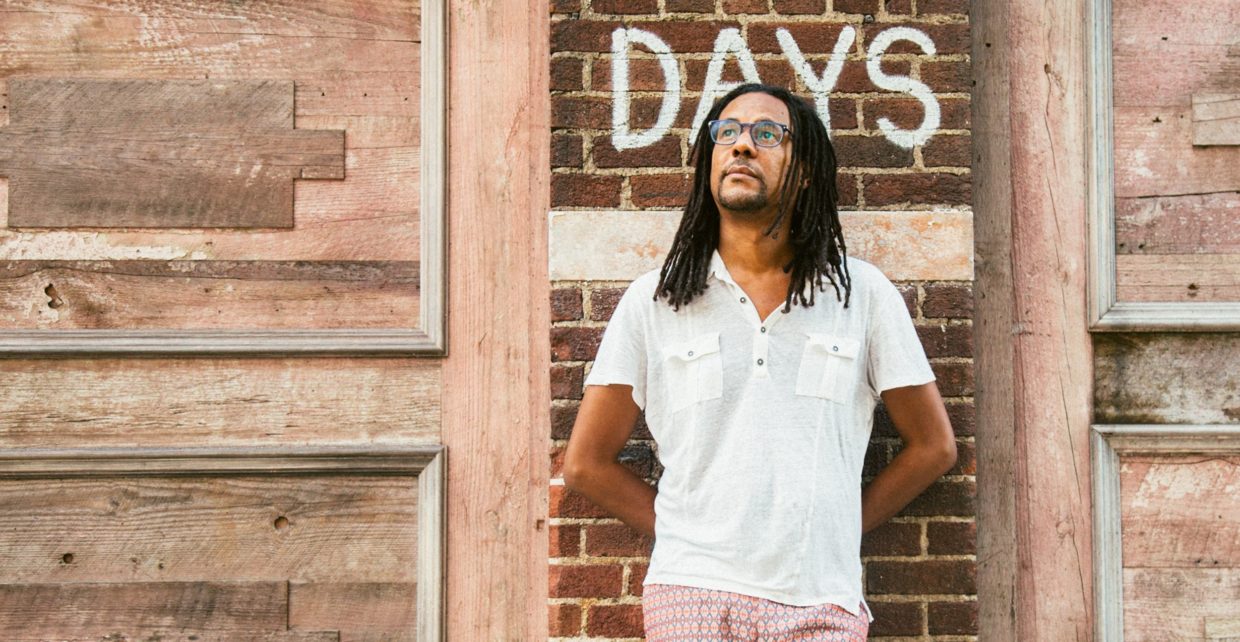 "I'd rather have a fucked-up paragraph than no paragraph at all."

Yesterday, Colson Whitehead graced the good folks over at Reddit with an AMA (Ask Me Anything). Over the course of a couple hours, he answered questions about the books he grew up with, what makes a good writing (and non-writing) day, and gave insight into his research habits, his relationship to writer’s block, and his novel-in-progress. Best of all, he dispensed a little essential advice to aspiring novelists. Check out highlights fro the AMA below, and head to Reddit to read the whole exchange:

On the books (and beyond) he credits with making him the writer he is today:

Many, many books have inspired, taught, and edified me over the years. Also movies, music, and TV—it all goes in the hopper. As a kid: The Twilight Zone, Arthur C. Clarke, John Carpenter, Stephen King, Le Guin, Lovecraft. In college: Ellison, Morrison, Pynchon. Lately: Elena Ferrante, Mohsin Hamid, Denis Johnson.

Late 70s-early 80s Stephen King was pretty great. I came from a horror movie/horror book loving family, so always had him and Peter Straub around, and various Lovecraft reissues. Judy Blume—from Blubber to Then Again Maybe I Won’t to Wifey. The Wizard of Earthsea books. Famous Monsters. And comics—Marv Wolfman, Chris Claremont, John Byrne, Frank Milller and Bill Mantlo were my idols. . .

And some of the books he’s enjoyed lately:

On how he came to write The Intuitionist:

I had written a novel everyone hated & no one wanted to publish, so I thought with my next attempt I’d learn about plotting by using detective novels as a guide to structure. I saw a news report on “The Hidden Dangers of Escalators,” which featured an escalator inspector, and thought, “what if an elevator inspector had to solve a mystery?”

A postmodern detective story, ha ha. I went to the library to see what kind of skills an elevator inspector would bring to a criminal case, and of course the answer was “none”! So it became all about elevators, in an alternative world where elevators are very important. . . still kinda shocked I wrote it.

On what he does when he’s not writing:

In between projects, I decompress and don’t write for a year or year and a half, and that means video games and cooking, specifically X-Com and pork shoulder. Cooking, I guess, and weeping into my shirt-tails are two things I enjoy doing.

On what he does when he is writing:

A typical workday is 10am-3 pm, getting 1-3 pages. If I get 8 pages a week, I’m pretty excited. It adds up, and contemplating how long a novel is/takes to write is pretty daunting. 8 pages a week is a nice accumulation, I think, and keeps me from getting despondent.

I do a lot of outlining before I start, so I know the destination.

On whether he does research:

Depends! For Sag Harbor, I watched 80s movies and listened to new wave music and old school hip hop. Not too taxing!

My poker book, The Noble Hustle, meant learning how to play tournament poker, reading up, and interviewing poker players. Fun, but still work.

The Underground Railroad sent me to primary sources—slave narratives and oral histories of slaves’ lives. I found a lot of things that wouldn’t go into a history book—what they ate, what they wore, their slang. . .

On Barry Jenkins directing an adaption of The Underground Railroad:

I’m excited! We talked before Moonlight came out, gave him the go-ahead because he had great ideas, and then he proceeded to blow up the next month. He’s writing the pilot now, I believe, so we’ll see how the next stage goes. But yeah, it’s cool. . .

On how he reconciles the realist impulse with the speculative, and history with fiction:

You pick the right tool for the job: realism, fantasy, plot-driven, voice-driven, first person narrator, omniscient narrator. I’ve worked in all these modes/used these different tools depending on what served the story at hand.

A historian has to get it right (of course everyone has their biases, but that’s another story.) I don’t, as a fiction writer, have to get it right in the same way. I can do what I want, if it works.

In my late teen years and early 20s, I read Doctorow, Dos Passos, Robert Coover. . . having the license to change history and inhabit different real-life people seemed normal. And of course all the sci-fi I read growing up told me that an alt-history was a legitimate storytelling form. So it all seems natural to me, no reconciling needed!

On whether he ever thinks “Oh wow, this is crap and this is a crazy idea and who will read this?”:

I always think that! In fact I feel it right now about the book I’m currently writing, and I’m 8 books into my career.

If it’s messed up—no one can fix it except you, so you might as well get to work.

No one else can finish it except you—so you might as well get back to work.

I don’t know. . . I’d rather have a fucked-up paragraph than no paragraph at all.

A good writing day, some nice feedback, gives me the push to keep going. But I’m constantly certain I’m screwing things up and thinking, “Just ’cause it worked out last time, doesn’t mean I’ll pull it off next time.” But I think fear is good quality control, keeps you from coasting, and makes you rigorous about editing.

On how he felt about Oprah’s stamp of approval:

Psyched! I reckon my books are pretty out there, so when I got the phone call I was stunned/overjoyed. People who would usually pick up my book, read the back and think, “This sounds dumb!” would now slow down, reconsider and give it a whirl on her suggestion. So I was overwhelmed and grateful!

On how he gets through writer’s block:

Writer’s block for me is a question I haven’t solved yet—Why is Martin doing this? What happens after they meet? What the hell is going on in this scene?

It’s a question I haven’t answered yet, but I trust that in 2 hours, 2 days, or 2 months I will eventually answer it. Maybe I have to keep writing and come back to that part of the story later. Maybe I have to do some more research. Maybe it’ll come to me in the shower. But eventually I’ll figure it out.

On whether he thinks listening to an audiobook counts as reading:

That’s over my head, ontology-wise! But I suppose you listen to audio books and read print books/e-books. Verbs and their meanings! Either way you are receiving the story.

On how he developed the structure of The Underground Railroad, and Mabel’s story in particular:

I had the different cultures of the states all along, but the short “biographical chapters” emerged as a structural element once I actually started writing.

The different characters “auditioned” as I was writing. Who is more interesting to hear from after North Carolina—Martin or Ethel? Who can reveal more of the world beyond Cora’s perspective?

I never had another choice for Mabel. 2/3 of the way through, I came up with her story, and then had to decide where it goes—in the beginning of the novel? The middle? The end? Which placement best serves the story?

On which authors make him laugh:

I haven’t read anything funny lately. . . let me think . . . I don’t know, maybe Samuel Beckett when he’s being super-bleak and hilarious?

On what he’s working on now:

I’m working on a short novel set in Florida in the 1960s, realistic, grim!

On whether he would rather fight 50 duck-sized horses or one horse-sized duck: