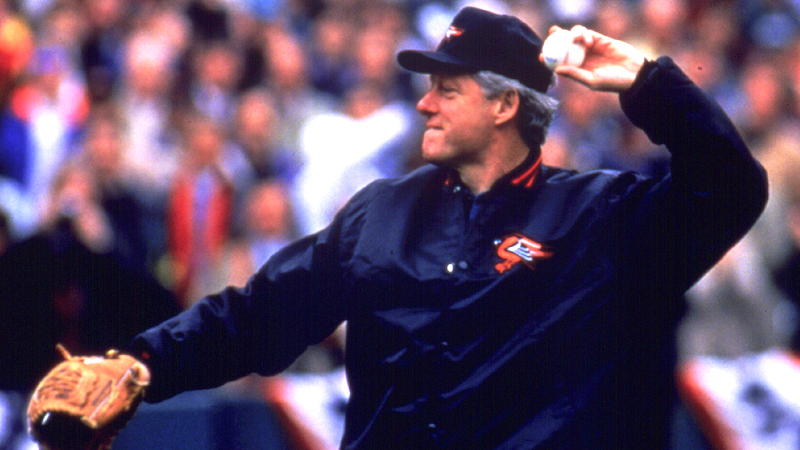 Famous writer Bill Clinton umpired this past weekend’s Writers vs. Artists charity softball game (which is still a thing!)

Since 1948—back when artist types moved to the East End of Long Island because it was cheap!—the likes of Jackson Pollock, Willem de Koonig, Barney Rosset, James Jones, Kurt Vonnegut, and many, many more famous people (Lauren Bacall and Yogi Berra!) have gotten together in and around East Hampton each summer to play softball, in a tradition that would eventually come to serve charitable causes.

For many years, the writers would routinely clobber the artists, until some time in the late 1970s the word “artists” was opened up to include a wider range of creative types. This year, with mystery novelist Bill Clinton umpiring an inning, the Artists beat the Writers 10-8. Here is a charmingly exhaustive write-up of the game.

(I eagerly await Ken Burns’ 20-part history of this game, which I hope will linger on the year Earth Kitt played.)