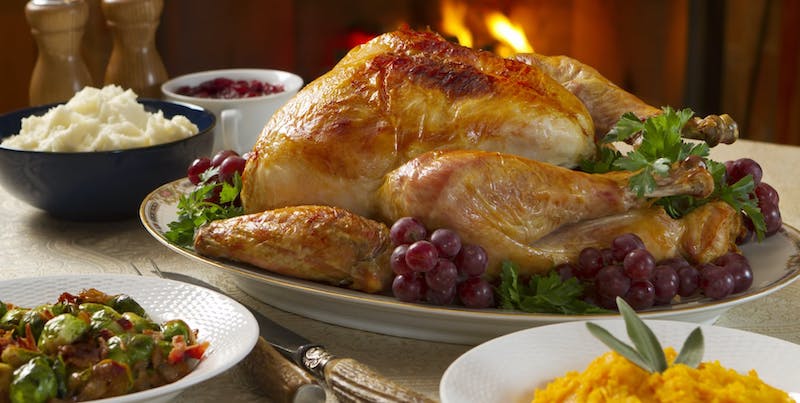 F. Scott Fitzgerald’s list of silly suggestions for Thanksgiving leftovers is… not great.

When Thanksgiving is represented in literature, it’s almost always as a showcase for extreme family dysfunction. And don’t get me wrong, I love a catastrophic dinner scene—but I also love Thanksgiving. It’s a holiday that unites so many of my favorite things: food, cooking, sitting around, sweaters, sitting around in sweaters, and of course, leftovers.

So naturally, I was delighted to learn about some lighthearted literary Thanksgiving content, courtesy of F. Scott Fitzgerald: a ~humorous~ list of uses for leftover turkey.

The list—“Turkey Remains and How to Inter Them With Numerous Scarce Recipes”—was published in the posthumous collection The Crack-Up in the section “McSweeney’s Submissions” (just kidding—obviously Fitzgerald was a Shouts and Murmurs man).

“Some of the recipes have been in my family for generations,” Fitzgerald writes in his introduction.

(This usually occurs when rigor mortis sets in.) They were collected over years, from old cook books, yellowed diaries of the Pilgrim Fathers, mail order catalogues, golfbags and trash cans. Not one but has been tried and proven—there are headstones all over America to testify to the fact.

Listen, no one claimed The Great Gatsby as a comic masterpiece, okay! But what about the suggestions themselves? They’re… clearly also intended as jokes!

1. Turkey Cocktail
To one large turkey add one gallon of vermouth and a demijohn of angostura bitters. Shake.

Actually, the only thing that gives this one away as a joke is the “shake”—otherwise, I would definitely believe it was a Jazz Age holiday treats for rich white people who hated each other.

2. Turkey at la Francais.
Take a large ripe turkey, prepare as for basting and stuff with old watches and chains and monkey meat. Proceed as with cottage-pudding.

Is this a joke about French people?

3. Turkey and Water
Take one turkey and one pan of water. Heat the latter to the boiling point and then put in the refrigerator When it has jelled drown the turkey in it. Eat. In preparing this recipe it is best to have a few ham sandwiches around in case things go wrong.

Honestly, the only one of these that is even gently funny:

6. Stolen Turkey
Walk quickly from the market and if accosted remark with a laugh that it had just flown into your arms and you hadn’t noticed it. Then drop the turkey with the white of one egg-well, anyhow, beat it.

Ah, well. The search for classic literary Thanksgiving content continues. In the meantime: So we eat on, bloats against the waistband, borne back ceaselessly into the fridge.