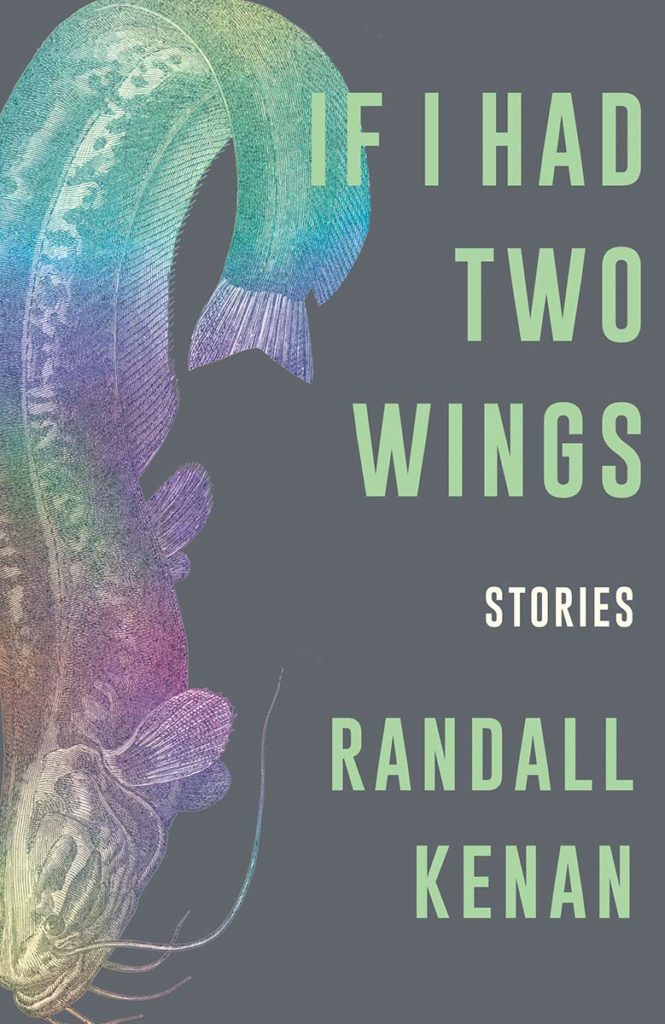 The following is excerpted from Randall Kenan's short story collection, If I Had Two Wings. Kenan is the author of A Visitation of Spirits, the collection of short stories Let the Dead Bury Their Dead (named a New York Times Notable Book and a finalist for the National Book Critics Circle Award), and a number of nonfiction works. Kenan is the recipient of a Guggenheim Fellowship, a Whiting Award, and the John Dos Passos Prize.

Gloria Brown dreamt her daughter would die in a helicopter. Tamar was a master sergeant in the army due to fly out for her third tour next Thursday. Tamar’s birthday/going-​away party was later that very day. Tamar’s father, Gloria’s ex-​husband and business partner, would be there. Gloria needed to stop by and pick up the cake—​a giant, rectangular-​shaped red velvet cake, Tamar’s favorite. Gloria kept glancing at the clock on the wall. She needed to go soon.

The man had sat in silence for the last ten minutes. Perhaps longer. Gloria was not really sure. But this sort of awkward silence was part of her job. Had been since the beginning. People would be surprised how often exactly this sort of thing happened. News of the recently deceased—​especially someone mighty close—​sometimes conjured up something like paralysis, as if the mind had gone off-​line, had shut down to reboot. The man and his wife had been taking a long-​postponed trip to the Outer Banks. The story was that she had kin there, though she had never met them, nor did they try to connect on this particular visit, and the couple had been on their way to Wilmington when she was stricken by a massive stroke at a Hardee’s in Crosstown. The coroner had a “bug up my behind”—​as he himself said one cold morning out back of the county offices, cigarette dangling from the corner of his mouth—​about any corporate-​run funeral homes, so he always contracted out to independents. Today he’d called Gloria and Ray, “Got an out-​of-​towner for y’all.” What followed was paperwork, largely; a few phone calls; and an awkward conversation with a man who had not planned on driving home alone.

Gloria asked the man, who still sat in silence, “Is there someone I can call to come drive you back to Texas, sir?”

She could tell when it was about to happen, she could almost see it happening, like watching the lights at the top of a tower switching off, going dim right before her eyes. One level at a time. Radio silence. For some reason these silences never bothered her. Her ex-​husband once told her she was simply intuitive and a natural empath. At the time Gloria had not a clue as to what he had meant. Gloria wanted to call the cake-​maker to make sure the big red cake would be ready. She felt certain it would be, but she had a tendency to worry about things of this nature, things over which she had some control. Things like a grieving widower, for some reason, perturbed her much less. Indeed, she could tell he was not the sort of man who wanted someone to come and sit next to him, to hold his hand, and say those things a mortuary professional was expected to say, practiced, road-​tested proverbs and reassurances as eye-​catching and nonthreatening as fruit baskets, delivered with highly convincing sincerity which, paradoxically, could not be faked. Last night’s dream had been in Technicolor, filled with swirling dust and lots of cussing. Big boys in big sand-​colored boots. The sand-​colored camouflage Gloria had come to hate seeing in airports. Anywhere. She dreamed a dream of blood. She dreamed a dream of helicopter blades going swoosh, swoosh, and swoosh, and then stopping. Just like in the movies Gloria had watched about the troops in Iraq. Black Hawk Down. Jarhead. That TV series on Lifetime. She had gone in and out of periods of watching and reading lots of media about the war. Some weeks she tried to pretend, tried to imagine Tamar was coaching basketball at a small school, or teaching, until she got an email from her daughter, or did that talking through the computer (that never seemed to work right), or it was time to send off a care package. In truth, she spent little time not thinking about her oldest daughter being 7,437 miles away from home, more or less. Thereabouts.

The dream tasted like reality and had the weight of the evidence of things not seen and the substance of things yet to come, and Gloria wanted to talk to her pastor, but her new pastor—​the late Reverend Barden’s replacement; all armed with his MDiv from Union Seminary and his MSW from Chapel Hill—​would try to interpret the dream and talk about Alice Miller or some psychologist. Couldn’t the man see she had been dealing with death and dreams for the last thirty years? She wasn’t exactly a pullet. This sort of thing the pastor had done before. Gloria eventually stopped talking to him about her dreams. She knew when a dream was a dream and when a dream was more than a dream. This one felt like something more than a dream, and she knew there was not a thing she could do about it but pray. Tamar was getting on that plane. And Gloria was bound to see her off. Send her off. Cling to faith. See what the Lord had in store. Hope. Pray. Be humble. Believe.

Soon and very soon Gloria would finish up here with this gentleman, escort him out, finish making the transfer arrangements with the funeral home in Texas, lock up and fetch the red velvet cake. There was still plenty of time. She would arrive home to find her younger daughter, Eunice—​so capable and reliable despite her seemingly silly and frivolous nature and inexhaustible need to gossip and her overweening need for attention. Her five children and her dour husband, happy only while watching basketball or football.

The dream tasted like reality and had the weight of the evidence of things not seen and the substance of things yet to come.

Gloria would find Lilith already in the kitchen, finishing up something delicious, something old, something new, showing off her almost supernatural skills, not so much a showing-​off as an offering of herself, her abundance, an ingratiation: I am doing this, putting forth this effort, so that you will like me, Mrs. Brown, and there is so much to like; if you do not like me, something must be wrong with you.

Sometimes it took Gloria aback, startled her, when she considered how well she got along with—​how much she actually liked and enjoyed—​her older daughter Tamar’s girlfriend—​indeed thought of her as her own daughter, though in a guarded sense. Lord knows, in so many ways Lilith trumped either of her two girls as women . . . ​despite her affliction. But the Lord loved her just the same, the same as he loved Tamar. This lesson her new pastor was trying to teach her, had been teaching her, and what a blessing it was now to release the unease and vexation she had been harboring in her bosom, lo these many years. Since before Tamar played varsity basketball and all those loud whispers came from behind her back like coiled and poisonous vipers. But the Lord said you shall handle venomous snakes and yet live. Amen. This Gloria Brown had done. Many, many times.

Gloria sighed out loud. She grimaced when she realized she had troubled the silence. How long had they been sitting here?

Gloria imagined Lilith sitting where this abject Texan now sat. Gloria allowed herself to wonder how Lilith would process Tamar’s demise. With cold, icy, machine-​like efficiency? Or with the light, butterfly warmth that seemed to accompany almost anything she did, surrounded by doves, rainbows, and unicorns? Or would she suddenly reveal the seams in her stitchwork, unravel, allow the tears and the snot to run, and jump aboard the grief train full of howls and woe, incoherent and feeling the growing void inside? Or would she be like the stoic Texan before Gloria, incapable of speech, downright cataleptic with fear? Gloria knew that fear.

She prayed, Lord, don’t let my baby die over yonder. You are God and you send us signs and wonders, and your will shall be done. Your ways are not our ways. Your ways are mysterious and awesome to behold. But you said, Lord, yes you did, that the prayers of a righteous man—​a righteous woman—​avails much. Let no harm befall my girl, dear Lord, our Father. Protect her as you have protected her, and I shall remain your servant.

The man was staring directly at Gloria, and for a moment she feared she had been praying in words and not just in her mind. As the stare continued unbroken, she knew it was something more, a recognition, something shared, something ineffable, very like the passing of an angel in the darkness of the night.

The American Struggle to Understand Foreigners

The Crucial Legacy of the Battle of Midway 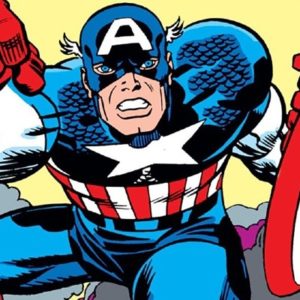 The American Struggle to Understand Foreigners The American attitude towards outsiders has always been ambivalent. The United States, it is commonly said, is a nation of immigrants;...
© LitHub
Back to top