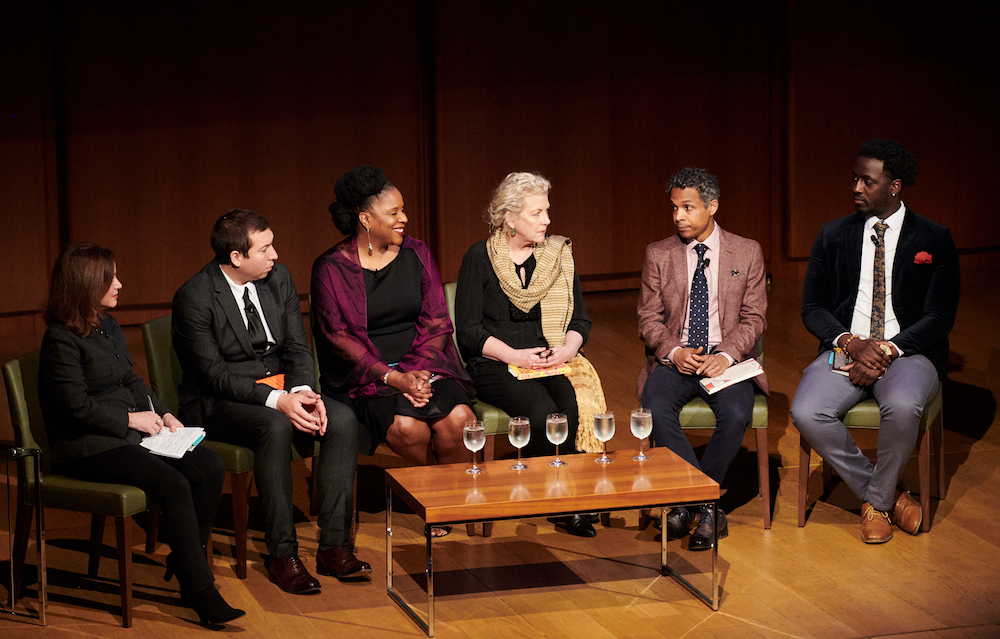 And More From Winner Tayari Jones

Novels about social issues often have pretty straightforward forms. The Hate U Give, Angie Thomas’s 2017 novel about the killing of an unarmed black teenager, unfolds in a direct, chronological way, told from the protagonist’s perspective. I remember reading Jhumpa Lahiri’s The Namesake in 2003 when it came out and being surprised at how linear and direct it was in telling its third-person story of the child of immigrants caught between different worlds.

There is nothing necessarily wrong with a straightforward form, and The Hate U Give and The Namesake are both good novels, but I do have a question nagging at the back of my mind when I read a novel with an A-to-Z type of structure and conventional prose: has the author considered other possibilities? What about moving back and forth in time and between characters of different classes, like Chimamanda Ngozi Adichie does so brilliantly in her 2006 novel

Half of a Yellow Sun, which explores the effects of the Nigerian Civil War? What about jumping between characters’ heads and experimenting with modernist stream-of-consciousness prose, like Salvatore Scibona does so compellingly in his 2008 novel The End, capturing the inner lives of Italian immigrants in 20th-century Ohio?

Surely a linear structure and realist prose are appropriate forms for many novels, especially those that deal with social issues, because there are a lot of lessons and information to convey, and experimenting with plot and structure could detract from that important job. But what if we have more straightforward serious novels about social issues than perhaps is necessary? We gain a lot from hearing in-depth from one character, of course, especially if they are a character whose voice isn’t represented often enough, but what do we lose in telling stories about social issues when they are told from one perspective? How do we know when to tell a story through one character or through many?

That’s why I was so pleased to read Tayari Jones’s 2018 novel An American Marriage and so pleased when it won the 2019 Aspen Words Literary Prize at an awards ceremony at the Morgan Library in Manhattan on Thursday evening. The annual prize, a $35,000 award now in its second year, honors a work of fiction that highlights an important contemporary issue and shows the power of literature to transform thought and culture in the vein of recent books by such authors as Louise Erdrich, Akhil Sharma, Phil Klay, Annie Proulx, Colson Whitehead, Jesmyn Ward, Peter Ho Davies, Chimamanda Ngozie Adichie, and Ruth Ozeki. Last year,

Exit West by Mohsin Hamid was awarded the prize.

The prize’s stress on social issues is in keeping with the mission of the Aspen Institute, a nonprofit policy institute founded in 1949 to serve as a nonpartisan space for the exchange of ideas about how to tackle problems in a wide range of areas, from education to the environment to philanthropy to justice. Aspen Words, their literary center founded in 1976, runs conferences, literary festivals, writers-in-the-schools programs, and writing residencies in addition to the Aspen Words Literary Prize.

The ceremony on Thursday recognized the achievement of all five finalists for this year’s prize: Brother, a novel by David Chariandy about a broken family in a rough Toronto neighborhood nicknamed “Scarbistan”; Friday Black, a short story collection by Nana Kwame Adjei-Brenyah that uses futuristic premises to explore racial tension in America; Gun Love by Jennifer Clement, the story of a 14-year-old girl growing up in Florida in a car parked in a trailer park that opens “My mother was a cup of sugar. You could borrow her anytime”; There There by Tommy Orange, which traces the stories of multiple characters struggling with what it means to be Native American as they all intersect at a Powwow in Oakland, California; and

An American Marriage. By refusing to privilege just one perspective in their work, these five works model ways that contemporary fiction can address social issues without becoming lecture-y or didactic.

Jones’s novel tells the story of a middle-class African-American couple split apart by wrongful imprisonment, and it does so not just by channeling one perspective, but by alternating through three: the perspective of the man wrongfully imprisoned, the woman who married him, and the man who is her childhood-friend-turned-lover. Each develops their own language to tell the story of what’s happened to them: the anger over lost time, the guilt over moving on. In one scene, the woman asks her new lover how he’s feeling. “Sometimes I feel guilty as hell for just being able to live my life,” he replies. Characteristically, he says what’s on his mind, but she doesn’t. “I didn’t have to tell him that I understood, because he knew that I did. There should be a word for this, the way it feels to steal something that’s already yours.” The focus on three characters creates room for overlapping interpretations and sympathies and understandings, opening up our experience of this novel and of the social issues it portrays in a way that a more conventional, linear novel, written from one perspective, might not have done.

An American Marriage is not the only book of the five finalists that eschews the linear, memoir-like structure adopted by much “social-issue fiction.”

There There involves braided narratives, while Gun Love is the American side of a broader story about the US-Mexico relationship, one begun in Clement’s 2013 novel, Prayers for the Stolen. One story in Friday Black is written in the perspective of a boy living in a dystopian future given a drug called “Good” to control his behavior, another from the point of view of a man being haunted by the unborn fetuses his girlfriend has recently aborted. Brother is not just the story of the narrator, but of the sibling he has to learn to live without. By refusing to privilege just one perspective in their work, and by opening the door to others, these five works model ways that contemporary fiction can address social issues without becoming didactic. 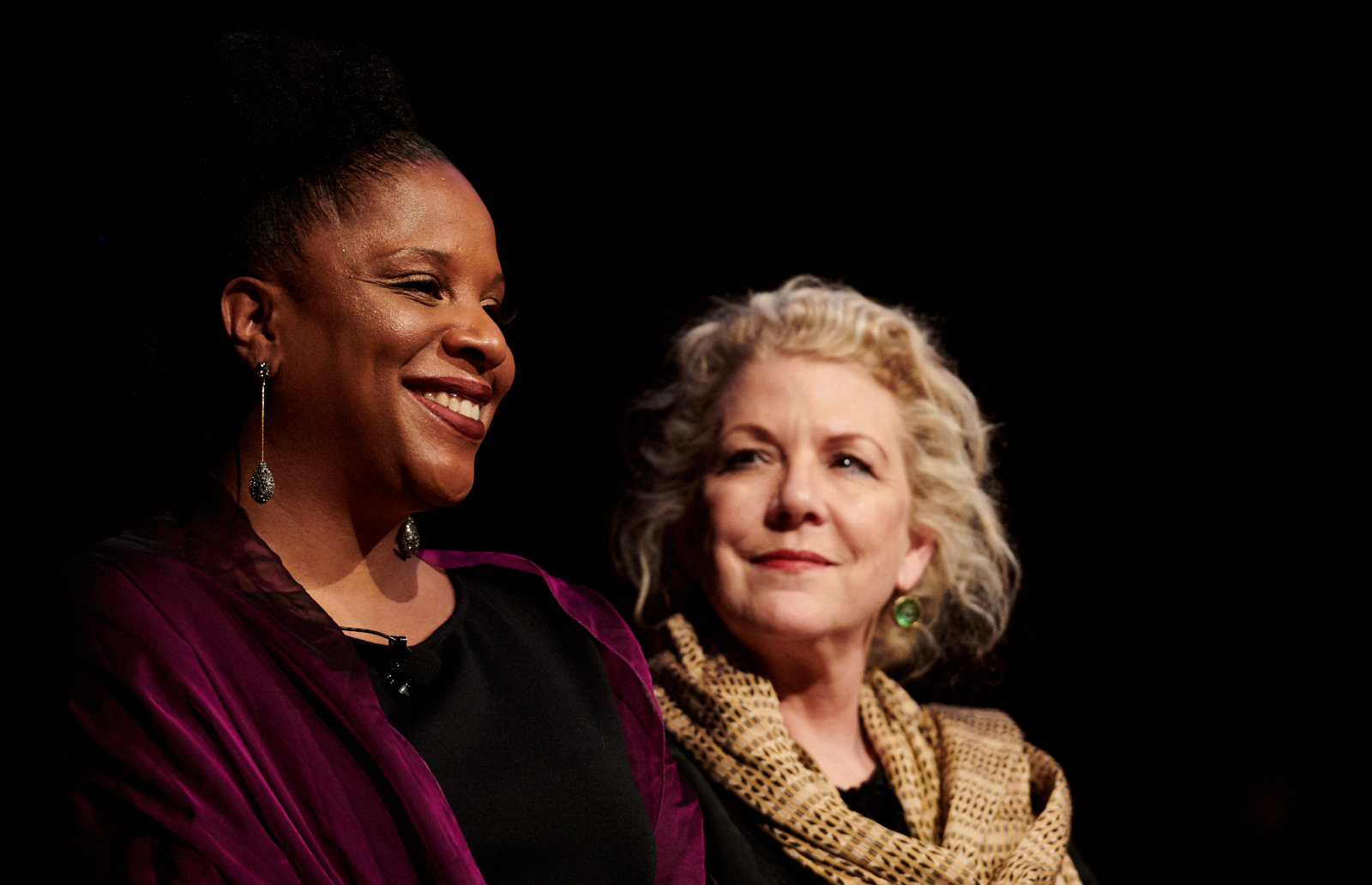 At the awards ceremony, NPR’s Renée Montagne moderated a conversation between the five authors, opening by asking why they felt driven to write about political and social issues. Adjei-Brenyah drew rueful laughs when he answered, “If a house is on fire, I’m not going to write about what’s in the fridge.” Clement commented that if we look back at the past, we often don’t remember the journalism of the time, but we do remember the novels, and that is a testament to the novel as a catalyst of social change. “I always learn something when people ask how you connect the political with the literary, but I don’t understand the distinction,” Chariandy said. He quoted the poet Dionne Brand, who wrote in her poem “no language is neutral” that “Each sentence realised or / dreamed jumps like a pulse with history and takes a / side” and then added: “It is impossible to craft a story that comes from a specific perspective without being political.”

Jones talked about her evolution as a writer over time. “When I was a young writer, I would think about how to make sure that my political views and social critique made its way into the writing … but later on I was able to relax a little bit, and instead of trying to make a point, tell the truth, because the point is in the truth.” Orange called the term “political” itself “layered, charged, and, in some ways meaningless” while pointing to its near-inescapability: “People who are born and raised in resistance to a dominant power dynamic automatically are [politically] positioned just by being born and starting to say anything or do anything.” 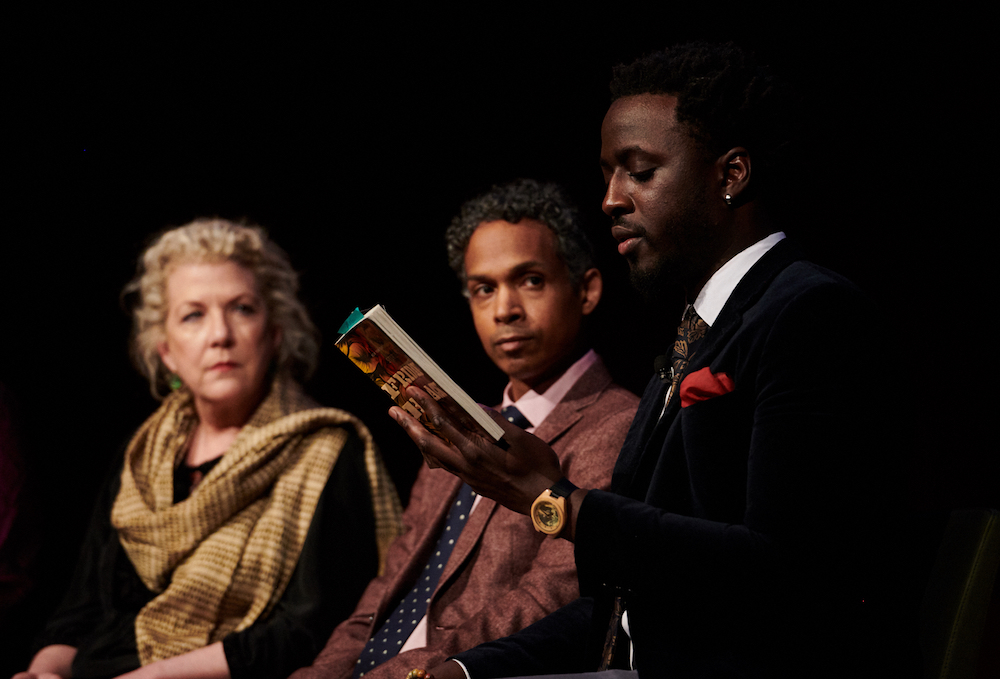 The conversation closed with a discussion of hope. “In America,” Adjei-Brenyah said, “we get used to jumping to hope without actually looking at the real issue. For me, the road to hope is traversed through horror.” Jones added that while writing a novel on a social issue, “there is an impulse to make it as bad as possible because you’re trying to let someone know this problem is a real problem, but when you do that you do that at the expense of people who may be reading the book in a way to see themselves and imagine something better. So to me, it’s irresponsible to write without hope.”

Germaine Greer and the Cusp of
the Feminist Revolution 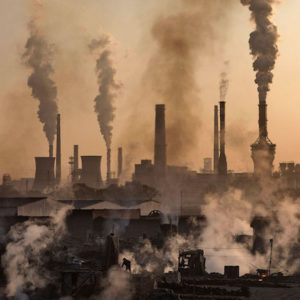 A human breath begins in the deepest reaches of the brain, where—far beneath consciousness—the body’s most basic and essential...
© LitHub
Back to top
Loading Comments...