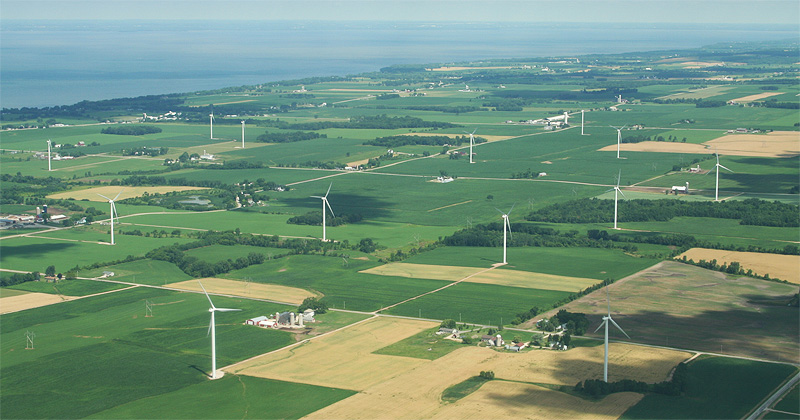 Exiled from Manhood: On Queer Writing and the Midwest

Ryan Van Meter: "Everything About Me is Shaped by Where I'm From"

Ryan Van Meter is the boy next door. (Well, maybe.) He is the one looking up when nobody else is, the silent presence in the room smiling softly, glancing this way and then that, locking faces before averting contact, physical or otherwise, yet nevertheless, observing.

And that’s the joy of Van Meter: One quickly discovers that his sentences bear solitude, a calming voice with heartbreaking vulnerability, a quietness pressing forth, gently. His words are a mass invitation, to listen—to listen.

I recently had the pleasure of talking with Van Meter for a few weeks over email. We discussed identity and time and one’s overall place in the world—and, of course, the capturing of these elements in writing the essay. His memoir in essays, If You Knew Then What I Know Now, is timely, I believe, with the weight of the nation’s current political climate. And though Van Meter’s work is much more than simply LGBT (the scope is broader; he often discusses the general idea of identity and its many-twisted branches), his is a voice of a new generation of gay writers. To read What I Know Now is to be seen, to be realized. Acknowledged. Van Meter’s collection is a celebration of identity.

And this, I suppose, is what draws us in.

“We all just sit and wait and watch our own views of the road—the parents see what is ahead of us while the only thing I can look at is what we have just left behind.” This, the last line of the aptly titled “First,” gives the reader an idea of what to expect for the rest of the collection: That this will be hard, but he’ll make it through. And—his calmness assures us—we will, too.

Cade Mason: It’s always important (and I believe it always will be) to remember my geographical identity when writing my persona. I grew up on a cotton farm in Texas, which is an experience unique to me, in comparison, for example, to other gay writers who grow up on the West Coast or in the Northeast. So what I would like to know is how YOU keep this in mind. Really, as it relates to the writing of sexuality and coming-out, how did growing up in the South (or, in a Midwest state with southern ideals) shape your experience?

Ryan Van Meter: It’s difficult for me to isolate only my sexual identity from everything else as I consider the effect of growing up in the Midwest. It sort of feels like everything about me is shaped by where I’m from—and where my parents are from. In looking over all of the powerful images/memories of my life while working on my essay collection and after, nearly every single one takes place in Missouri. I moved away from Missouri at 22 and lived for about ten years in Chicago, then four years in Iowa, and now seven in California. And I’m still always usually writing about Missouri. There are certain places in Missouri that are so psychologically present that I don’t know that they’ll ever be replaced by somewhere West Coast, even if I live here for a couple of decades. In terms of my sexual identity, and coming to terms with it, I do think that experience was shaped by my geographical placement, but also my temporal one. (I think place is almost always inextricable from time; in my brain, I can’t really locate a particular place without seeing it at a particular time. Maybe that’s me.) Being a kid in the 80s, in the suburbs of Missouri—all of that informed my experience of acceptance of my sexual identity, but it also informed everything else about my personality too, I think. Where I’m from but also when I’m from.

CM: I love that you bring up time, and the idea of time and place being so interwoven in memory. I personally have this great urge to write about spaces throughout my own life—ones that have held such colossal impacts, in some way or another. So when you say that Missouri assumes this outstanding psychological presence (as Texas does to me), I start to wonder, like you, if this plays into accepting (and embracing, even) one’s own identity. Do you think that gay writers are often returning to these moments and spaces in time as a way to find comfort in their present identity?

RVM: I don’t want to speak for any other writers—gay or otherwise—but I will say for myself that it’s probably more likely that a sense of safety and security in my present identity allowed or invited me to revisit and recreate those curious images and memories of my past. It’s probably also the case that by confronting those powerful memories I became more solid in my security about my past. But I wouldn’t describe it as “comfort” per se. For me, it’s more about clarity. Somehow by representing honestly the full complexity of a moment allows me to put it down somewhere. I don’t have to hold it as close anymore.

CM: And it’s such a beautiful release, really, as writers; to let these things go while allowing them to live on. But regarding our securities, I’m curious: Much of what I am currently reading in gay fiction and nonfiction deals directly with the idea of the male gaze—an idea that has traditionally been used to describe women through the lens of the heterosexual male. Today, however, the theory is being discussed as a way to examine overall masculine dominance, or masculinity versus femininity, regardless of one’s gender or orientation.

In your collection of essays, “The Men from Town” particularly stands out to me when thinking about these gender roles, and of facing discomfort when having to follow the expectations unnatural to us. You write about your brother’s seamless ease into the group of men, and of your curious hesitance from a roomful of women. We witness a balance between brutish masculinity and the more “effeminate” qualities—your brother (and the men in company) versus yourself.

I’m wondering, then, how often you find masculinity and the practice of it to be this dominating force—whether intentional or not—within your own writing.

Strangely, it was easy to write about these things but hard to talk about them.

RVM: I think of it as something broader: “images of manhood.” And I would say it’s one of my big subjects. I work through some aspect of those images in nearly everything I write. (My other big subject is nostalgia.) In my essays that focus on dramatizing the process of accepting sexual identity, the male gaze figures prominently. Narratively, these essays often hinge on an observation of the narrator’s of some other male character or characters. But because I’m also often writing about feeling somehow exiled from manhood, the gaze is an outsider’s. Or partially so. I’m interested in that tension—that for many of my narrators, within that gaze is desire (as in the usual conception of male gaze) but also envy, and sometimes fear. Being afraid of what is desired, desiring what is feared, wanting to be able to embody what can be feared/desired, etc.

CM: I’m glad you bring up desire, because it appears to be such a common thread in queer literature. And pairing envy and fear with this feeling makes perfect sense; as well as it creates something relatable, I’m sure, between your narrators and some readers.

Baldwin and Capote are obvious examples of those discussing this desire through the lens of the gay male, along with others like Edmund White and the more contemporary writers like yourself. I’m curious how you have approached this topic, then—a topic on which so many have written. How do you attempt to display this desire as something fresh in your writing, without repeating what has already been said?

RVM: No matter what, it’s a writer’s job to offer the reader something she hasn’t read before. That holds for any subject. At the same time, especially in personal essay or memoir, we want for our work to ring true. To be experienced by the reader as authentic. There’s an interesting tension there between those two aims—to say something that hasn’t been said before and say something that will be recognized as true. One strategy that works for me is to be attentive to my details. In any scene, in any experience, showing the reader my set of stuff. There are a lot of similar stories about the coming out experience, yes, but I was the only kid who lived in my house in my bedroom with the red shag carpet and the record player and the plants that I named because I read in a science book that plants grow better when a human talks to them, and call them by a name. It’s actually difficult to repeat someone else’s experience if you’re focused microscopically on your own.

I’m in bed with him, the new man, my face on his back, . . . and the only thing I know about love is that I don’t know anything.

–“You Can’t Turn Off the Snake Light”

CM: Love the anecdote about the plants. And, reflecting on this tension that comes from truth—and on the microscopic viewpoint regarding one’s own unique experience—I’m wondering how much of yourself you keep concealed from the reader; or, in the same way, how much of yourself you expose through writing. Are you ever self-conscious of revealing too much, and in doing so, losing grip of a private and personal identity?

RVM: I don’t ever reveal something I don’t want to. Writers are under no obligation to give up their privacy just because they want to explore their self and identity through the essay. (Same goes for the privacy of the people who are the other characters in a writer’s experiences.) Sometimes, I think writers think that if they don’t reveal everything that they aren’t telling the so-called “truth.” Sometimes I think that writers think confession is enough. I disagree with both views. Confession is only confession—it isn’t exploration. It isn’t making sense of what happened. And an essay is still true even if you close off certain topics that you don’t want to reveal. The trick is to write in such a way that the reader can’t detect that a subject is being written around. That’s when we as readers become skeptical of a writer’s adherence to the truth. I picture a tour guide walking past a locked door and announcing to the group “We aren’t going in there.” Automatically, that’s the room you most want to see! So, as writers of our experiences, we have to make sure the reader can’t even see the locked door.

Cade Mason recently graduated from the University of North Texas with a bachelor's in Creative Writing and LGBT Studies. He has an affinity for dusty spaces, old dogs, and houseplants. His work has been published in North Texas Review and is forthcoming in Ninth Letter.

An American Bookseller Reports from a Glamorous Italian Bookfair 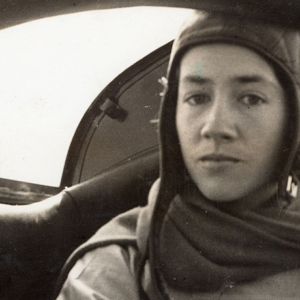 10 famous book hoarders who almost certainly have more books than you. | Literary Hub How did America’s banks...
© LitHub
Back to top