A Collaboration Inspired by Antonin Artaud

Soundwalk Collective, a group of sound artists based in New York City and Berlin, along with Patti Smith, are debuting their first release from The Perfect Vision, an upcoming three-album project inspired by three French poets.

“The New Revelations of Being” is a single from the first of those albums, The Peyote Dance, named for Antonin Artaud’s book in which he recounts his brief travels in 1936 through northern Mexico’s Tarahumara mountains and encounters with traditional healers of the Rarámuri, who are indigenous to the region.

For the album, members of the Soundwalk Collective traveled to the area and recorded sounds using natural materials and Rarámuri-made instruments in an effort to evoke the sonic environment Artaud would have encountered. Back in New York, the group played these sounds for Smith, who recorded vocals using Artaud’s writing.

“The poets enter the bloodstream, they enter the cells. For a moment, one is Artaud,” Smith said in a statement, describing her experience of recording the album. “You can’t ask for it, you can’t buy it, you can’t take drugs for it to be authentic. It just has to happen, you have to be chosen as well as choose.”

The Peyote Dance, produced in collaboration with Leonardo Heiblum and Nicolas Becker and supported by the Analogue Foundation, will be released on May 31 via Bella Union, and listeners can pre-order the album here. The following two albums in the project will focus on Arthur Rimbaud and René Daumal. 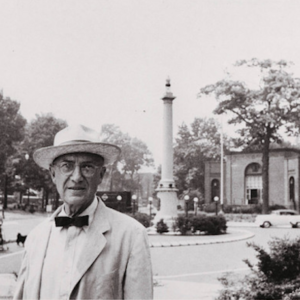 “When you go fishing, you are committed to the idea that you don’t know what will happen.” Thomas McGuane on the beauty...
© LitHub
Back to top