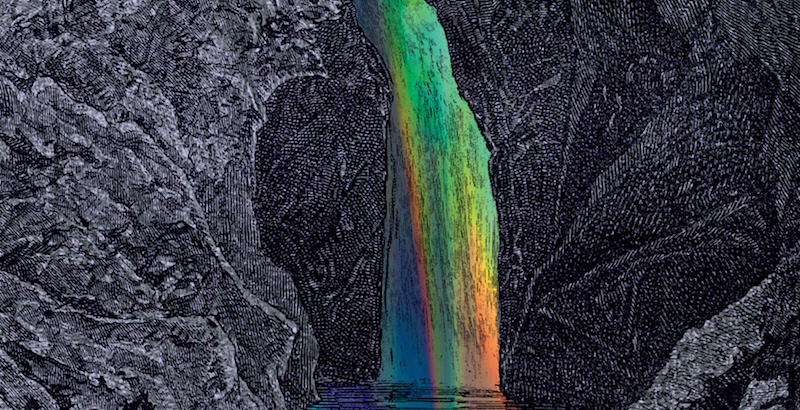 Lit Hub is pleased to reveal the cover for Silas House’s latest novel Lark Ascending, which will be published by Algonquin in September.

Algonquin describes Lark Ascending as “a riveting story of survival and hope” for readers of Station Eleven, Migrations, and The Dog Stars. The novel follows a young man forced to flee the United States and seek refuge across the Atlantic:

As fires devastate most of the United States, Lark and his family secure a place on a refugee boat headed to Ireland, the last country not yet overrun by extremists and rumored to be accepting American refugees. But Lark is the only one to survive the trip, and once ashore, he doesn’t find the safe haven he’d hoped for. As he runs for his life, Lark finds an abandoned dog who becomes his closest companion, and then a woman in search of her lost son. Together they form a makeshift family and attempt to reach Glendalough, a place they believe will offer protection. But can any community provide the safety that they seek?

Here is the striking cover, designed by Christopher Moisan: 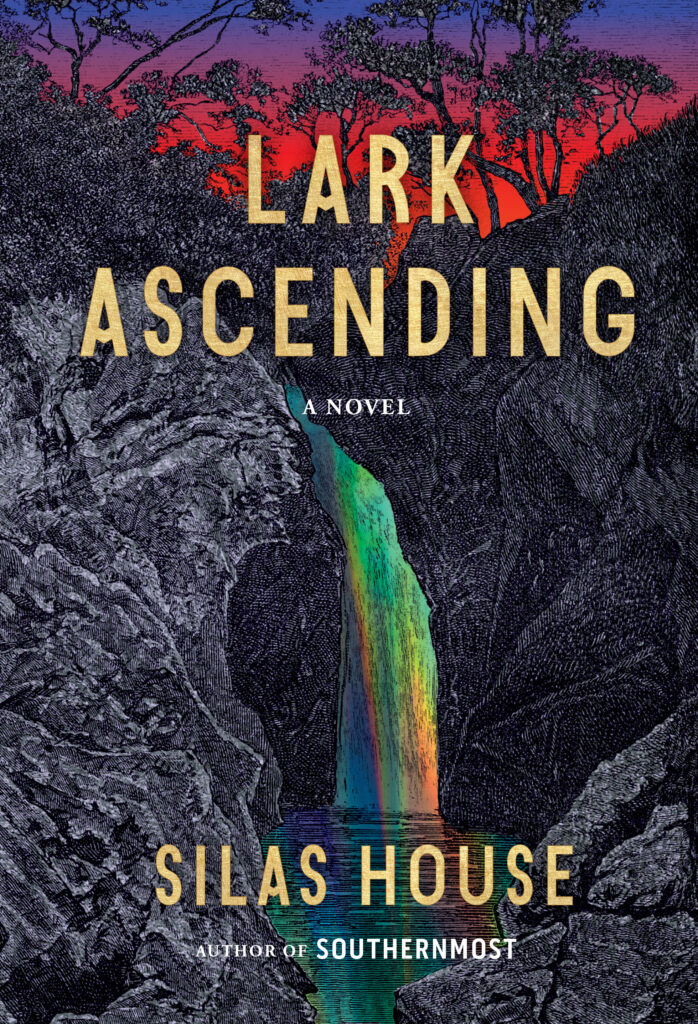 “Lark Ascending is imbued with elements of mythic quest while depicting a terrifying (and terrifyingly possible) dystopic future,” Moisan told Lit Hub. “I loved every page; it manages to be thrilling and heartwarmingly lyrical at the same time. I tried to channel the beauty and spirit of the book’s two settings, Maine and Ireland. Water plays a symbolic role throughout the story; the wildfires that have destroyed much of the earth are there in the sinister glow on the horizon, while the rainbow suggests hope and possibility.”

House loved the cover the moment he saw it.

I felt like the artist completely understood my novel and captured it perfectly. Trees are always important in my work, and especially in this book, so I was pleased to see them right at the top, silhouetted against that beautiful, dangerous sky. This is very much a journey narrative, so I love the motion conjured by the waterfall, and I’m especially drawn to the rainbow colors on the water since a tender love story between two men is at the heart of the book. The rainbow is also a glimmer of hope amongst the devastation—the blackened landscape, the red of the fires burning in the distance—and that’s the main theme I was going for in Lark Ascending: how hope manages to survive even in the midst of destruction and deep grief. The action is set in the near-future, and I think the larger font suggests that while the font of the smaller letters has a Celtic flair to it that situates us in Ireland, where most of the story is set. It’s different from any book cover I’ve seen before and it’s the kind of cover that becomes even more complex and interesting once you finish reading the novel.

Lark Ascending will be published by Algonquin on September 27th, 2022. You can preorder it now.