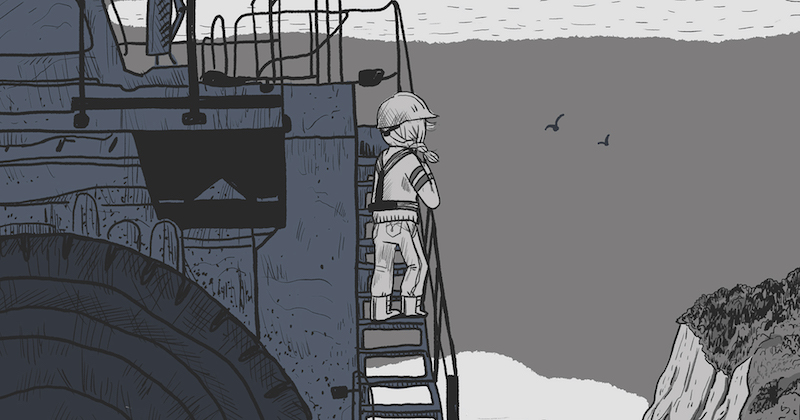 Lit Hub is pleased to reveal the cover for Kate Beaton’s graphic memoir Ducks, which will be published by Drawn & Quarterly this September.

After university, Katie Beaton went out west to take advantage of Alberta’s oil rush, part of the long tradition of East Coasters. With the singular goal of paying off her student loans, what the journey will actually cost Katie will be far more than she anticipates.

D&Q writes, “Beaton’s natural cartooning prowess is on full display as she draws colossal machinery and mammoth vehicles set against a sublime Albertan backdrop of wildlife, Northern Lights, and Rocky Mountains. Her first full length graphic narrative, Ducks: Two Years in the Oil Sands is an untold story of Canada: a country that prides itself on its egalitarian ethos and natural beauty while simultaneously exploiting both the riches of its land and the humanity of its people.”

Here is the striking cover art, by Beaton herself: 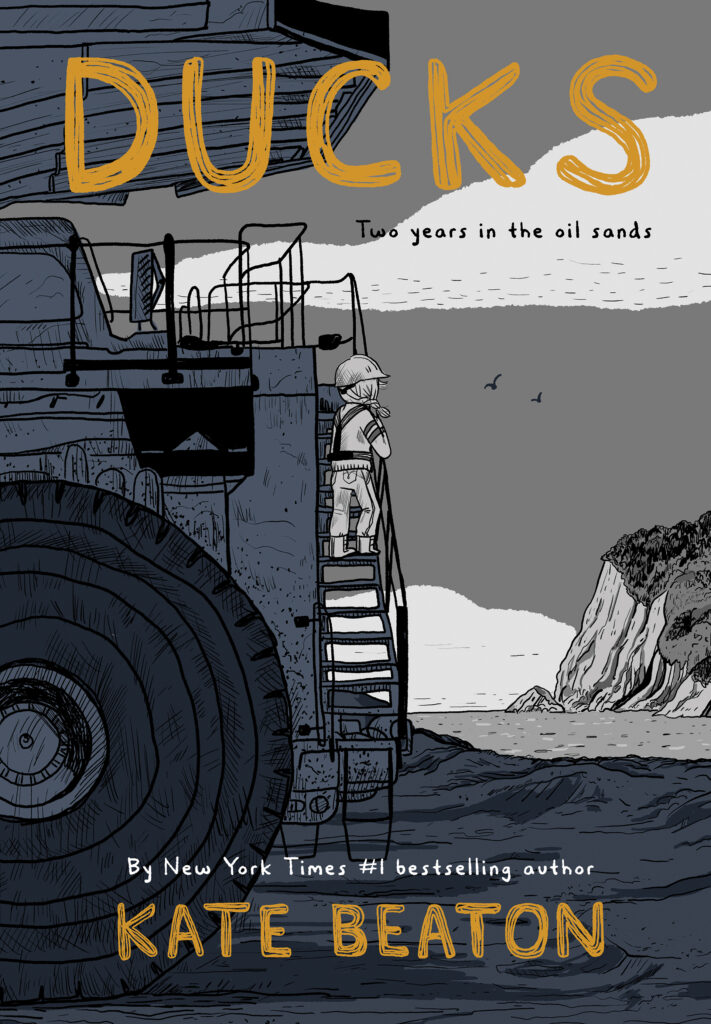 “‘I had this book in mind for many years before I brought it to Drawn and Quarterly, and it took me that many more to create it,” Beaton told Lit Hub. “It has lived in my mind for a long time. Of course, it is my own memories, so it has lived with me since they have existed, but my time in Fort McMurray had such an impact on me that I think I have been subconsciously been sorting those memories into panels before I even knew I was doing it as a way of catharsis or release—it is the comic artists’ natural exercise. In short, this was a book I had to make—was always going to make. But now on the eve of a wider audience reading the thing that I have held on so tightly to for so many years, I find myself nervously pacing the rooms I’ve emptied out from my memory into the book. I wanted to bear witness to what has stayed with me so indelibly, I wanted to get to the heart of it, I hope I have. It is a funny place, with the book off to the printers now after so long, to be here in the empty room, waiting to find out.”

Ducks will be published by Drawn and Quarterly on September 13, 2022. Here’s an excerpt: 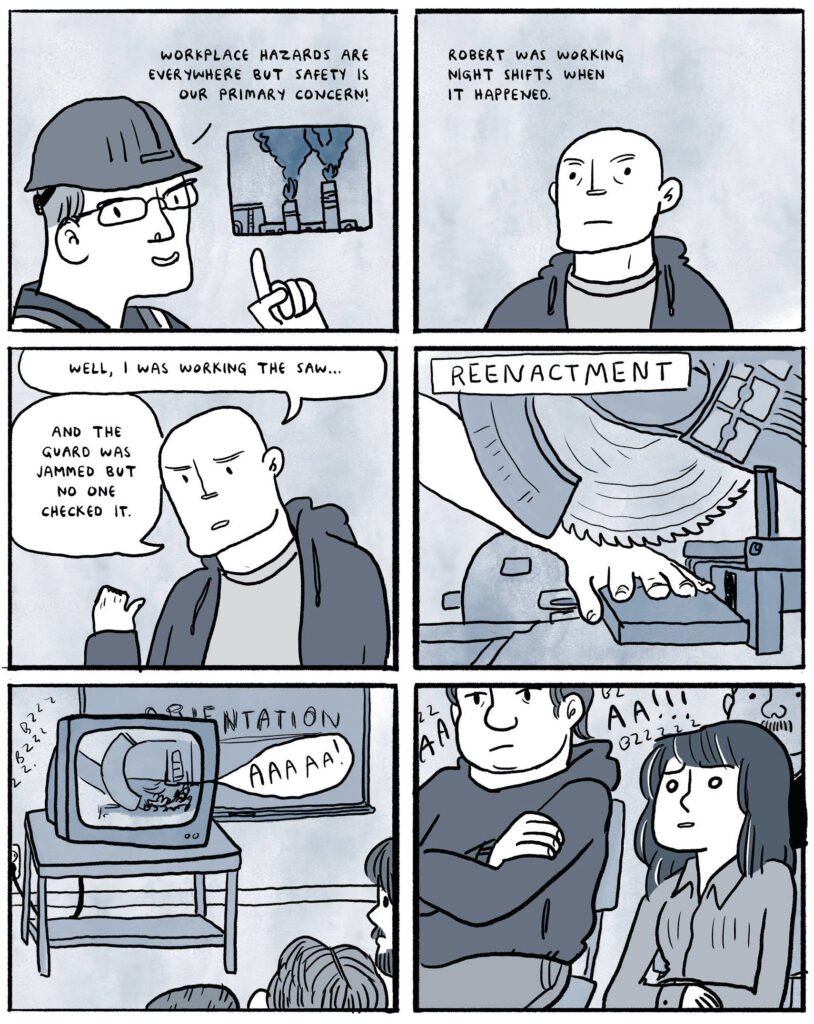 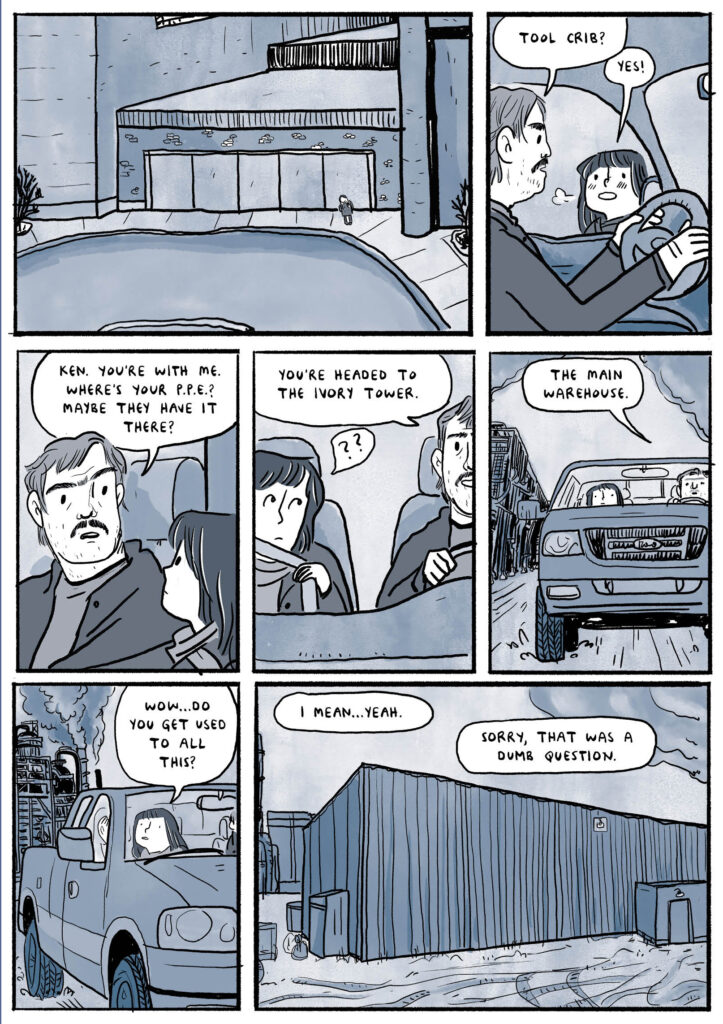