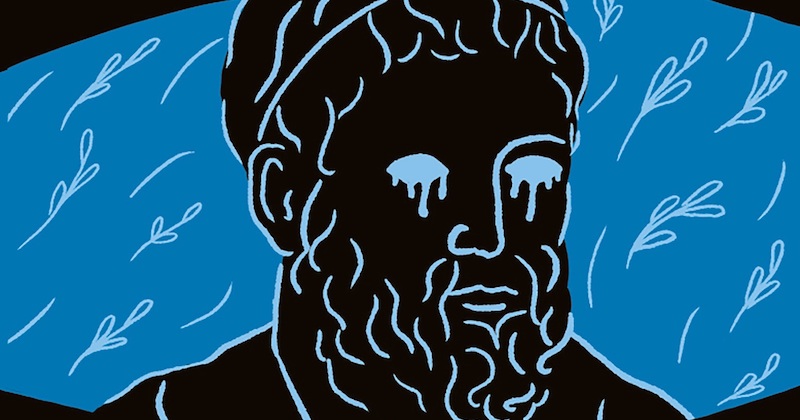 Lit Hub is pleased to reveal the cover for The Oedipus Trilogy, Bryan Doerries’s new translations of Sophocles’s Oedipus the King, Oedipus at Colonus, and Antigone, forthcoming from Vintage Books on October 26th.

Doerries, a New York-based writer, director and translator who currently serves as Artistic Director of Theater of War Productions, describes The Oedipus Trilogy thusly: “Sophocles’ Theban plays were not written as a trilogy, in the strict sense of the word, but when read or performed together, they tell a coherent story of an intergenerational curse passing through a single family. It is an archaic family, which predates the writing of these plays by thousands of years, and yet it could be any family living today. The story begins with the abandonment of a baby and ends with the deaths of three of his four children. It is a tale of early childhood trauma inflicted upon a boy whose pierced feet know the truth of his hidden shame. In her striking and timeless classic of a cover, Isabel Urbina Peña captures the essence of the Oedipus Trilogy in a single image—Oedipus as victim, perpetrator, and prophet, whose self-blinded eyes seem to radiate with insight born from suffering.”

For cover designer Isabel Urbina Peña, designing a cover for such a canonical show was an exciting challenge: “It’s always exciting for me to redesign and rethink literature’s classics,” Peña said. “In this case, this would be part of a series that I had already designed inspired by Greek painting and ceramics, so the biggest challenge was to find the right image that would fit the style of the collection and represent the trilogy best. It’s hard to forget about Oedipus after his tragedy after reading this classic. Also, Bryan Doerries (the translator) had worked on a version of the play to be streamed on Zoom, during the pandemic last year where Oscar Isaac played Oedipus. He sent a strong image of him with black makeup covering his eyes and some of his face. It seemed like the iconic image of Oedipus, post-tragedy, had to be on this cover.” 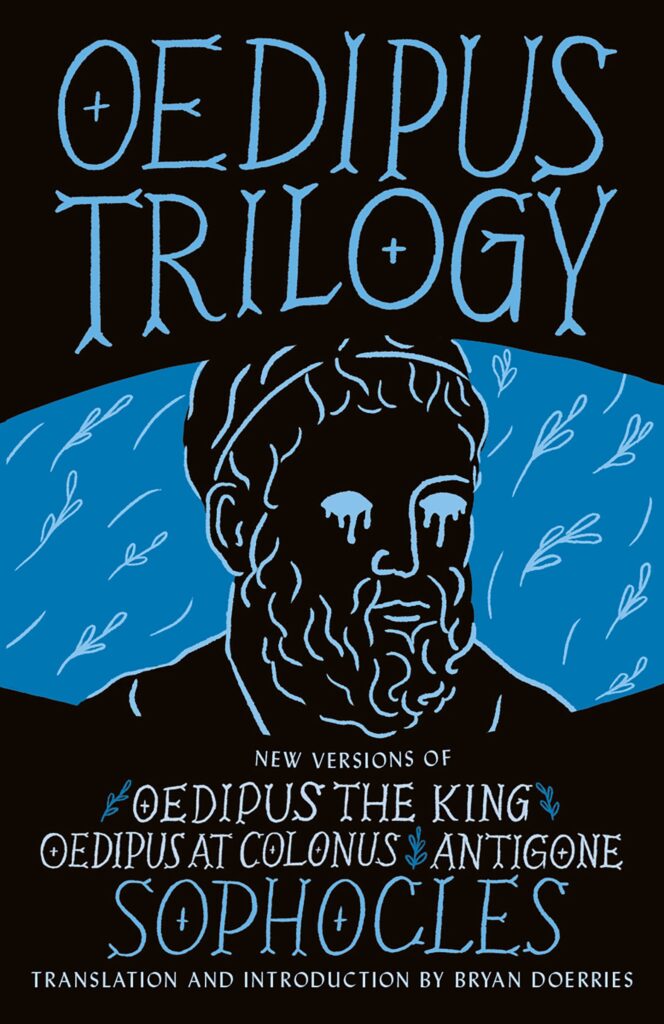