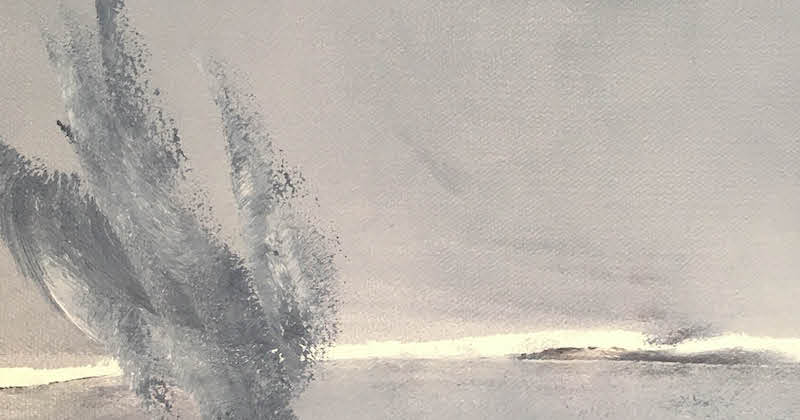 Literary Hub is pleased to reveal the cover for Ada Limón’s latest collection of poetry, The Hurting Kind, which will be published by Milkweed Editions this spring.

Here’s how Milkweed describes the book:

These poems slip through the seasons, teeming with horses and kingfishers and the gleaming eyes of fish. And they honor parents, stepparents, and grandparents: the sacrifices made, the separate lives lived, the tendernesses extended to a hurting child; the abundance, in retrospect, of having two families.

Along the way, we glimpse loss. There are flashes of the pandemic, ghosts whose presence manifests in unexpected memories and the mysterious behavior of pets left behind. But The Hurting Kind is filled, above all, with connection and the delight of being in the world.

And here’s the cover, which was designed by Mary Austin Speaker and features art by Stacia Brady (who also happens to be Limón’s mother!). 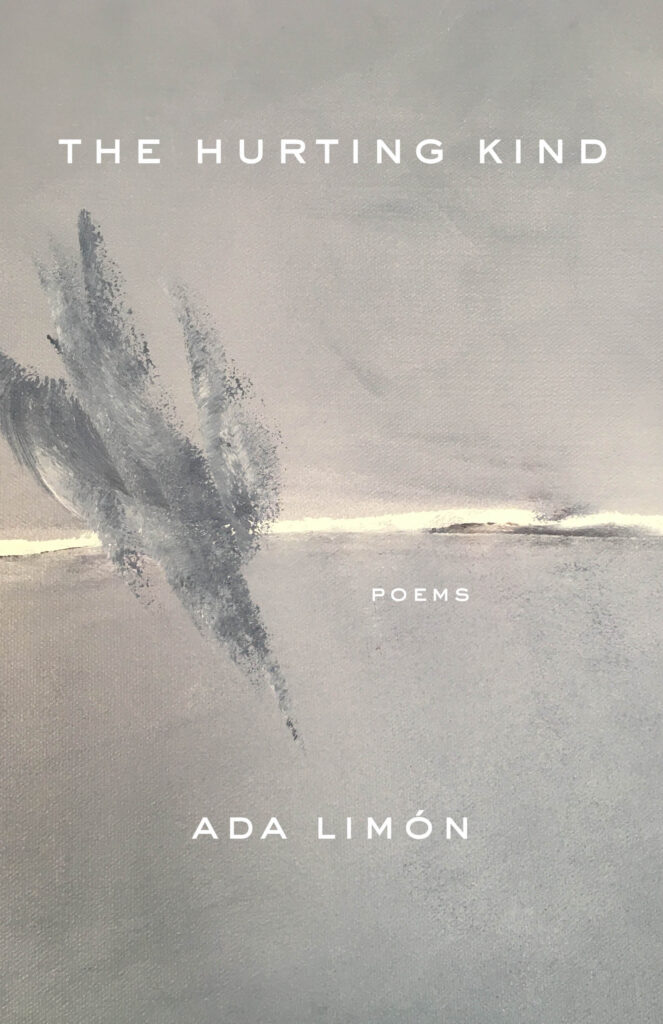 “Ada’s incredibly talented mother has made the artwork for all of her books, and it has felt entirely appropriate and wildly illustrative in every case,” Speaker told Lit Hub.

When Ada came to me with the artwork featured on the cover of The Hurting Kind I immediately saw not only the tonal mixture of dark and bright for which Ada’s poems have become widely known, but also the illustration of a journey toward hope amid the rough shapes of uncertainty and trouble. The grey shape to the left of the text is almost a tornado, almost a bird, almost a threat, but the path toward brightness (where poems come in) is direct. This is the feeling of being in this country right now—indeed, in this world—that Ada’s poems conjure so acutely.

“After reading the poems in The Hurting Kind, I talked with Ada about the cover direction,” Brady explained.

We both felt there should be a sense of quiet drama. The subtle gray tones and bright white ridge seemed to be the right choice for this. The quick brush strokes that created the birdlike image were intuitive and were meant to suggest flight. This painting was one of the first in a series and I kept going back to it. It contained the ‘small spasm of joy’ from the first poem in the book and a suggestion of flight, space, and depth that connected with Ada’s work in a way that was quite satisfying.

Limón agrees. “It was hard not to immediately think of what my mother might paint when I finished the first draft of The Hurting Kind.” she told Lit Hub.

Given the poems in the book, the pandemic, the sense of isolation so many of us have felt, the cover needed to be quieter than the others. She immediately went to her studio and started working with oil on canvas. She began sending me photos about a week later. When this one came through, it just took my breath away. I knew the figure wasn’t really a bird, but it contained the idea of flight and the idea of the animal other. It felt so complete to me, so right. I was blown away when I saw it and remember just gasping and saying, “That’s it. That’s the one. It’s a manifestation of my poems.” Then, Mary Austin Speaker is such a graceful and elegant book cover designer that the way she let the painting shimmer was masterful. I couldn’t be more moved by this cover.”

The Hurting Kind will be published by Milkweed Editions on May 10, 2022. In the meantime, read Limón on the challenges of emerging from lockdown here.