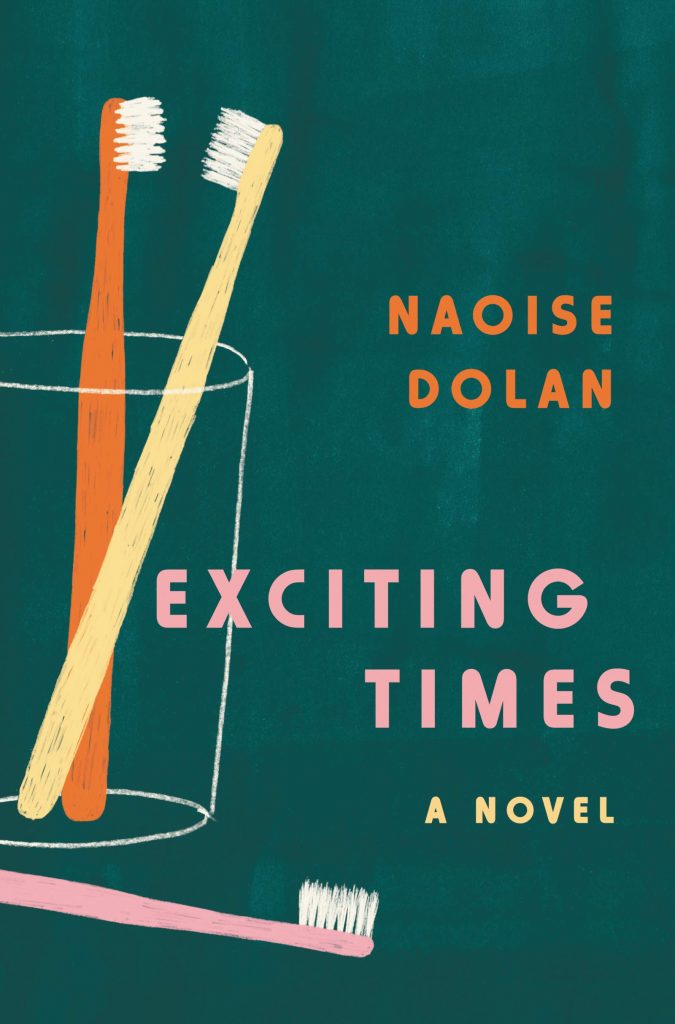 The following is excerpted from Naoise Dolan's debut novel, Exciting Times, an excerpt of which was published in The Stinging Fly by Sally Rooney. Dolan is an Irish writer born in Dublin. She studied English literature at Trinity College Dublin and Oxford University.

Edith Zhang Mei Ling—English name Edith, Chinese name Mei Ling, family name Zhang—was a Hong Kong local, but she’d gone to boarding school in England, then to Cambridge. She was twenty-two like me, and now worked at Victoria’s law firm. Her accent was churchy, high-up, with all the cathedral drops of English intonation. Button, water, Tuesday—anything with two syllables zipped up then down like a Gothic steeple. Three-syllable words spread out like the spokes on an umbrella: “attaches” became “a-tach-iss.” She said “completely” a lot and usually dropped the “t” in the middle. Besides school and uni, she hadn’t seen much of the UK.

“You should see Dublin,” I said.

I saw her begin to say Dublin wasn’t in the UK, remember I knew, too, and wonder why I’d said that. I wondered, too. She’d be a sight walking down my road: perfect posture, knee-high slouched boots, glossy tong-curled hair, small black handbag on a silver chain. Dad and George would regard her like a viscountess’s cougar they’d been paid to petsit without knowing whether it had teeth.

Her manicure was perfect, though I noted with interest that she kept her nails short.

It was the beginning of March. We queued for a play at the Academy for Performing Arts, a tall concrete building on Gloucester Road. Someone at Edith’s firm had spare tickets. Edith asked Victoria, who couldn’t make it and so passed the invite on to me. It took bullet-biting to accept it, but I googled Edith, and her profile picture— drinking coffee in Ubud, hair Gallically bunned—convinced me to go. Her Instagram had highlights pinned from European trips. From this I speculated that she’d picked up her hair knots and her morning cappuccino abroad, though this was probably too crass to be something she’d really do. She was too sophisticated for me to reverse-engineer how she’d got there.

Besides, Julian had been gone two weeks now, and I wanted to feel like a person again.

“How are you liking Hong Kong?” Edith said, as though I’d moved last week.

“You don’t seem like most TEFL teachers.” That shouldn’t have made me happy, but it did.

She was a few inches shorter than me, but side by side our waists were level, which meant she had proportionally longer legs. It felt relaxing to compare our bodies. It wasn’t the fretful ranked surveyal of my teens so much as a hazy curiosity.

She had fun-size cartons of soya milk in her bag and offered me one while she talked on the phone. “Hou ah, hou ah, mou man tai,” she said. “M goi sai.”

The play was a Chekhov number in Russian, with Chinese and English subtitles. We were too near the front to see both the words and the actors’ faces at once, so we had to choose which to follow. Throughout, Edith tended to her work inbox. She managed this by holding her bag like a lapdog and thumbing away inside it. I wondered if the actors noticed.

One man wore a monocle. Another carried perfume and intermittently doused himself. You knew the women by their dresses: white for ingenue, navy for spinster, black for wife. There was vodka and, presumably, adultery. I decided to read the subtitles so I could fill Edith in later, but it was all a tangle of Olgas and Mashas and catalyzed interpersonal tension.

A man lost a duel. Edith started at the gunshot. Curtain call. “Did you like it?” she said as we left.

“Well, I thought it was exceptional. Shall we do it again sometime?”

I tried to hide my excitement.

Excerpted from Exciting Times by Naoise Dolan. Reprinted with permission of the publisher, Ecco Books. 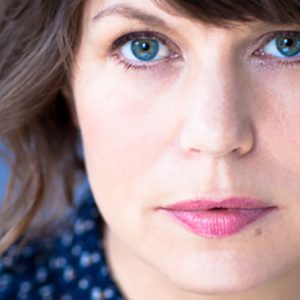 E. Lockhart on Writing a Realistic, Uncynical Love Story NewberyTart is a podcast about kids’ books, for adults, and is recorded in Atlanta, Georgia, by two friends who approach...
© LitHub
Back to top