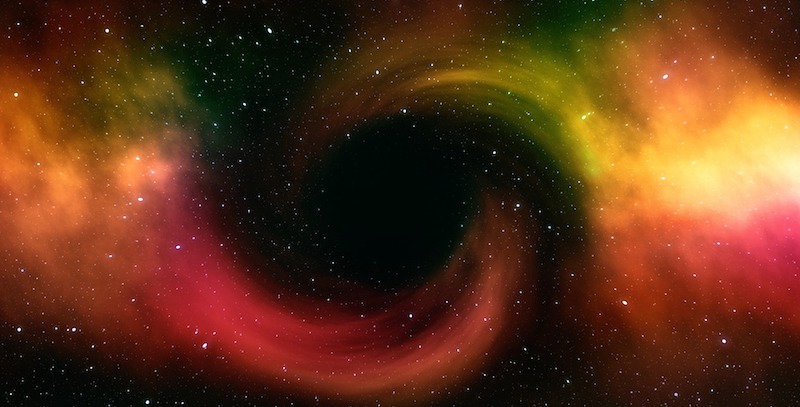 Janna Levin: "The black hole is a not a thing. It is nothing."

The black hole is a not a thing. It is nothing.

You’ve probably already heard a description of the formation of black holes that goes something like this: crush matter down to tremendous densities and you’ll make a black hole. This is true. Compressed matter is one avenue to the creation of black holes. Heavy stars collapse under their own weight at the end of their life cycle and the material of the star crushes to catastrophic densities until a black hole forms. Still, stellar collapse is not the only imaginable mechanism for their formation. The dense quash of matter is often mistakenly taken as synonymous with the black hole. But that’s not the essence of the black hole. Black holes are not stuff.

Here’s how this works. Imagine a star collapses. Spacetime is curved due to the hot sphere of matter. The curvature gets stronger just outside the star as the star compresses. The denser the matter becomes, the stronger the curves impressed just outside the shrinking outer surface. A splash of plasma must launch faster and faster to escape the star until the star becomes so dense that the speed to escape reaches the speed of light. An event horizon forms and nothing from the star, not even the light it shines, can ever escape again.

I’ve tried to peel away the veneer to expose black holes at their barest, their most fundamental. A glorious void, an empty venue, an extreme, spare stage, markedly austere but, yes, able to support big drama when the stage is occupied. Black holes are a place in space and they barricade their secrets. They are a place that can also behave like an object. They are empty but have mass.

When I talk about the mass of a black hole and then say there is no stuff there, that seems like a sleight of hand. If there is no stuff, it would be fair to ask, how can it have any mass? The original star might be gone, but the energy equivalent of the mass of the star was imparted to the black hole. In the case of stellar collapse, physical things made of real material and having conventional mass impress their heft on space, leaving behind a gravitational attraction of equivalent value.

If we discover a means by which the imploded object could form a remnant, an unrecognizable vestige of crushed matter, deep inside the event horizon, then we might rely on convention and connect the mass of the black hole to actual extant material. But this interpretation would be misleading, would allow the challenge to go unnoticed. The black hole is not the remnant, even if it hides one. Since the event horizon obscures from the outside the fate of the infalling matter, the black hole is indistinguishable whether the matter is destroyed, survives as a remnant, or finds life in another universe.

We can therefore say black holes have mass, even if all the stuff that went into their formation is gone. And black holes act quite a bit like objects with mass. Black holes themselves can fall like massive objects along the curved paths of other heavy objects. Black holes can orbit stars and galaxies and other black holes. They can be pulled and pushed, and it will be harder to do so the more inertia they have—that is, the more mass they have. So we describe a black hole in terms of its mass, even if the original heavy object that may have made the black hole was siphoned out of existence in the interior.

The acclaimed American relativist John Archibald Wheeler said in a lecture in 1967, “[The star] like the Cheshire cat fades from view. One leaves behind only its grin, the other, only its gravitational attraction. . . . Light and particles . . . go down the black hole.” And with that quote, Wheeler embedded the term “black hole” in the physicists’ lexicon, some fifty years after the original discovery of the mathematical description.

Imagine you are an astronaut alone in space. No planets in view, no spacecraft. No distant stars. No source of light. Imagine the latent terror, the quiet of space, the strange sensation of floating, the unspeakable dark between the wealth of stars.

If you do transit the event horizon of a big black hole, the trip will be undramatic. You should feel no pain. You won’t crash into any surface. Aside from the menacing darkness, the transit across the event horizon should be perfectly comfortable. You would cross the heavy shadow and the nothingness you see inside would look indistinguishable from the nothingness you saw outside. You would be oblivious to a demarcation of inside or outside. Without light to map the terrain, the disorientation would be thorough and impenetrable. You could fall inside the hole and survive the transition, very briefly unaware of the grim prospects for the future. Nothing is the worst thing you could encounter. Beware the event horizon. The void is inescapable once crossed. 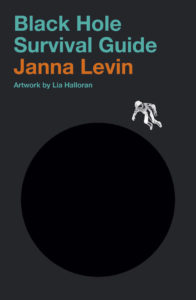 Excerpted from Black Hole Survival Guide by Janna Levin. Copyright © 2020 by Janna Levin. Excerpted by permission of Alfred A. Knopf, a division of Penguin Random House LLC. All rights reserved. No part of this excerpt may be reproduced or reprinted without permission in writing from the publisher.

Janna Levin is a professor of physics and astronomy at Barnard College. She is also director of sciences at Pioneer Works, a center for arts and sciences in Brooklyn. Her previous books include Black Hole Blues and Other Songs from Outer Space, How the Universe Got Its Spots, and a novel, A Madman Dreams of Turing Machines, which won the PEN/Bingham Prize. She was recently named a Guggenheim Fellow. She lives in New York. 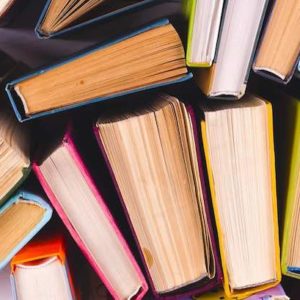 Yesterday, I attended a virtual book club where Heavy: An American Memoir was being read. When I clicked the link to join...
© LitHub
Back to top
Loading Comments...