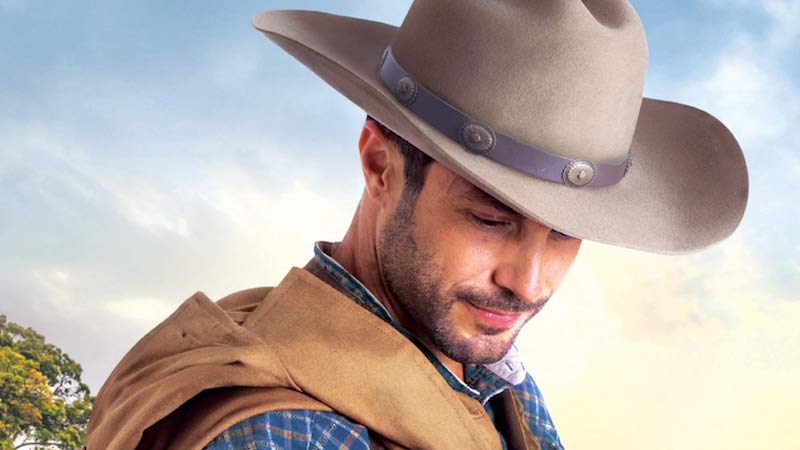 Everything you need to know about the RWA’s ongoing racism controversy.

After intense and sustained criticism, Romance Writers of America, the largest organization of writers in the country, has chosen to rescind their highest award—the Vivian—which was recently given to a book accused of glamorizing genocide.

Some useful context: the RWA has been grappling with accusations of racism for a few years now. (If you know about this, feel free to skip the next five paragraphs.) Before the Vivian was established, the RWA’s flagship award was the RITA. In March 2018, the RWA came under fire for snubbing Alyssa Cole’s extremely popular interracial civil war romance An Extraordinary Union in favor of a finalist list all by white women, all but one set in 19th-century Britain, featuring white women falling in love with aristocrats; the RWA released a response acknowledging that the number of RITA finalists by Black authors was less than .05% of the total number, and that no Black romance author had ever won a RITA. (In 2019, Kennedy Ryan and M. Malone became the first Black authors to win RITAs.)

Then, in August 2019, trouble struck again when the RWA decided to punish one of their members for calling out racist writing. Popular author Courtney Milan, at the time serving as the chair of RWA’s ethics committee, participated in a social media conversation about two editors from Glenfinnan publishing house, both of whom were also RWA members. The conversation noted Sue Grimshaw had liked Tweets questioning whether white supremacy was real, and segregated Black authors’ romance books as the romance buyer at Borders. From there, Milan criticized other Glenfinnan editor Kathryn Lynn Davis for upholding racist stereotypes about Asian women in Davis’s book Somewhere Lies The Moon, including descriptions of Chinese people as having yellow faces and slanted eyes and Chinese women as being submissive and compliant. Author Suzan Tisdale (another RWA member) defended Grimshaw on Twitter (her account is now deleted), prompting a Twitter thread from Milan condemning her behavior.

Here’s where the RWA comes in: after these Twitter exchanges, Tisdale and Davis filed complaints against Milan through the RWA. After Tisdale’s complaint, then-RWA President HelenKay Dimon asked Milan to resign as chair of the Ethics Committee; after Davis’s complaint, which claimed Milan hurt Davis’s earning potential and violated the RWA’s social media potential, the RWA board voted to suspend Milan’s membership for a year and ban her from holding any RWA leadership positions.

In late December of 2019, Milan’s friend (and author) Alyssa Cole explained Milan’s censure in a viral Twitter thread. Learning this news, many authors spoke out in favor of Milan and aired stories of racism from local RWA chapters, including paying Black speakers half the usual speaker fee. (Chuck Tingle also weighed in.)

A recall petition was filed to remove RWA President Damon Suede, who had replaced the previous president Carolyn Jewel after her resignation and was involved in the sanctions against Milan; the 2020 RITAs were canceled; and finally, the RWA ended the RITAs and replaced them with a new award, the Vivian, named after RWA founder and Black romance publisher Vivian L. Stephens.

So everything was solved, right? Wrong. Flash forward to July 31st of this year, when the inaugural Vivians were awarded. The RWA awarded the Vivian for Romance with Religious and Spiritual Elements to Karen Witemeyer’s At Love’s Command—which opens with a romanticized depiction of the Wounded Knee Massacre. The male love interest, who is a 7th Cavalry officer because he “found his parents and baby sister murdered by a Comanche war party,” cites Scripture as he commands the Lakota Sioux to put down their weapons; then a “medicine man chanting” starts causing havoc and the massacre begins. The love interest asks God’s forgiveness and gets a happy, romantic ending.

The irony of lauding this book in Vivian L. Stephens’s name, especially after the RWA’s promises of more diversity, incensed RWA members—many of whom canceled their memberships, contacted the RWA, removed their books as Vivian finalists and winners, and took to Twitter to express their displeasure:

On Saturday night, I sent a letter to the RWA board as a member, a chapter president, & someone who presented an award at the Vivians. 🧵 pic.twitter.com/D33YoI2w0y

As a Taino, I'm not at all surprised that a book has romanticized genocide. However, I am VERY disappoined to see it won an award. After I naively believed in new beginnings and gave @romancewriters a second chance?
They will NEVER learn.

My statement on why I am returning my RWA Vivian Awardhttps://t.co/dY9sqCVNHE pic.twitter.com/mHNMQuDlER

Writers noted the difference between free speech and awarding offensive content; the Christian-favoring nature of the award category; and the continually disappointing racial dynamics of the RWA.

On August 2, RWA released a statement where they rescinded the Vivian awarded to At Love’s Command. In the statement, RWA noted that the 2021 inaugural Vivian finalists were the most diverse class in the history of RWA and said they received no complaints about the book from any of the Vivian judges. Said RWA, “RWA is in full support of First Amendment rights; however, as an organization that continually strives to improve our support of marginalized authors, we cannot in good conscience uphold the decision of the judges in voting to celebrate a book that depicts the inhumane treatment of indigenous people and romanticizes real world tragedies that still affect people to this day.”

So far, the responses have not been glowing.

"RWA staff did not receive any complaints from the thirteen judges who read and scored the entry."

Then you didn't have a diverse body of judges who read and scored the entry.

Not all religions feature “redemption” – among the many problems with this statement, it makes clear that only a particular flavor of Christianity is welcome in this supposedly inclusive category.

As a judge (though not of that book) my issue was there WAS no clear way to report offensive material. Not on the rubric. The only option made available to us was to email the coordinator directly & ask to have the story reassigned if we were "uncomfortable judging the material."

Wait! I’ve got it! TED BUNDY! He became a born again Christian while on death row. AND he was hot! I’ll get to work on this tonight. Total redemption plot PLUS steamy epistolary narrative. Just carve my name on an award now.

idk if it was me I feel like I would maybe take .0002 seconds to consider the optics of defending indigenous genocide by white Christians while people are still reeling from the horror of uncovering mass graves of hundreds of indigenous children at white Christian schools