Writing is Solitary, But You Can't Do It Alone

Every spring I run a writers conference in the Northern California wine country. For four days, the attendees—graduates of MFA programs, people with corporate jobs who have published one or two pieces in literary magazines, moms working on memoirs in the margins of their day—gather together at a retreat center tucked away in the hills above the resort town of Calistoga.

In the downtime between the workshops and panels, I see these newly hatched writers sitting around the picnic tables in the organic garden, swiping at the yellow jackets as they talk about their work. I find them at the pool—all the lounge chairs pushed together at awkward angles—their pale writer’s skin covered in white blotches of sun screen. Discover them late at night in the hot tub, concocting a kind of writers potion under a sky filled with stars.

As the conference winds down, these writers begin coming to me with the same request—stopping me in the dining hall, on the dirt path to my cabin. It’s not the email address of the agent I’ve flown in from New York they’re after, or the contact information for the Pulitzer Prize-winning author who workshopped their piece. Who they most want to be in touch with once the conference is over, is each other.

And that shouldn’t be surprising. It’s easy for published writers to form community. We meet each other at festivals and readings. But emerging writers—like the ones at my conference—are often isolated.

When I wrote my first book—a memoir—I was one of those isolated writers. I was a new mom with a short deadline to turn in my manuscript. I was also practically unpublished and knew no other writers—a feat in itself, since it’s possible the Bay Area has as many writers per square inch as Brooklyn. And while the other moms at my son’s co-op preschool were full of advice about the tooth decaying potential of fruit roll-ups, they had nothing for me on the breathless fear that regularly woke me at 4 am. The fear that even if I did manage to finish my book on time, once it was published everyone would discover I was a talentless fraud.

By the time I started my second book—a historical novel—I had met one or two other writers. My agent got me a year to write a manuscript I knew would take longer. Two months shy of the date it was due, I was halfway through a first draft that was already a hundred pages longer than the 350 pages I’d predicted. And my marriage was dissolving.

When I began my third book—a novel that’s recently been published—I decided I needed to know more writers. I didn’t have a contract for this book—I’d had enough of trying to do good work under deadline. But without a writing tribe—without a group of people who were my people—I was afraid I might not have the will to finish.

I joined a writers’ co-op. I rented a small office with a window that was mostly blocked by trees in a space filled with other writers. All of us tucked away in our own small offices. All of us writing.

At lunchtime that first day, we gathered around a big conference table with our sandwiches from the deli up the block, and our Tupperware containers with last night’s meat loaf, and our bowls of noodles from the Thai place around the corner. We talked about our kids, and what we watched on cable TV, and because I was new, a couple of people asked me what I was working on. And because they were writers, I told them. I talked about my book in the weirdly disjointed way you talk about a new fiction project you can barely explain to yourself.

The first week I was at the co-op, one of the other writers sold her book. And everybody seemed genuinely happy about it. We toasted her with sparkling wine around the big conference table, and then we all went back to our small offices with the reminder that people really do sell their books.

It took me seven years to write the novel I came to that space to write. During that time, a dozen or so of the writers in that co-op sold their books. And every time one of them did, it reminded me—reminded all of us—of the possibilities inherent in what we do all day.

These days, I know a lot of writers. Once a month, on a Sunday afternoon, ten or so of them come to my house and we write together for a couple of hours while I roast chickens. We don’t write to prompts, and we don’t share our work. We just write under one roof.

Beyond the Trans Memoir 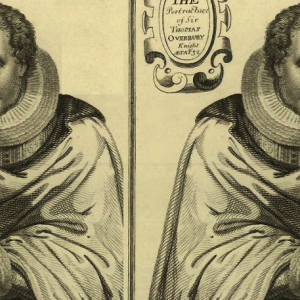 Janis Cooke Newman on the need for a writing tribe, emerging writers who support and celebrate each other (and enjoy...
© LitHub
Back to top