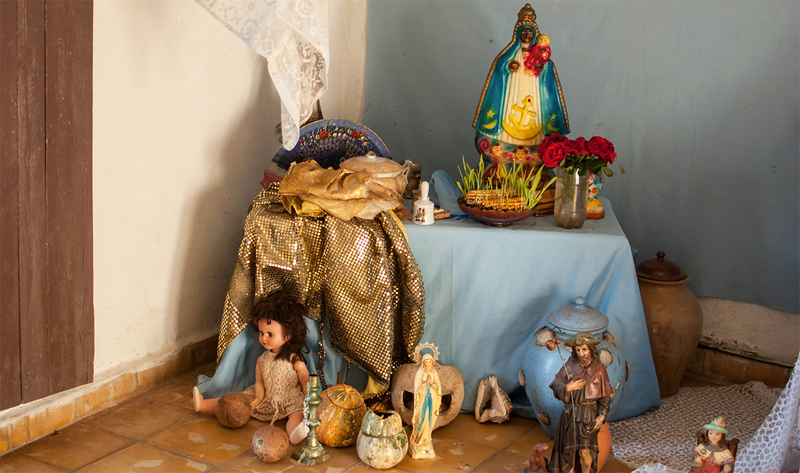 Every Poem I Write Is About Ted Cruz

Gabriel Ojeda-Sague on Santería, Poetry, and Not Feeling Latino "Enough"

If you have spent any time on the Internet during the 2016 election cycle, there’s a good chance you have seen, or read, or written an article with a title like this: “Are Ted Cruz and Marco Rubio ‘Latino’ Presidential Candidates?” or “Is Ted Cruz Really Latino?” or on the Spanish side “Ted Cruz, primer latino en ganar en Iowa ¿Por qué no estamos celebrando?” Perhaps what says it best is a tweet embedded into a Latino Rebels article called “The Latinidad of Ted Cruz” that reads “ON BEHALF OF ALL LATINOS: stop calling @tedcruz one of us. He gave up being Rafael. He does not deserve the honor of being identified as Latino.” For all these tweets and “think pieces” and general output, the sense of Latinidad is the same: it is debatable, you have to prove it, and it can be taken away. The arguments usually go the same way: he doesn’t support immigration, he’s a Republican, he’s half white, he hardly speaks Spanish (an argument recently brought up by fellow Hispaniflexible candidate Marco Rubio), and he is trying to cover up his own Latino identity by changing his name and denying his heritage.

While it’s true that Cruz himself has said he should not be considered a Hispanic presidential candidate, he’s wrong. My mother herself curses to high heaven that we don’t want him, that even if he is Hispanic, we don’t care! She’s right, we don’t want him. And if you ask most Latino voters, they will say the same thing. But we have a problem: Ted Cruz is Latino, Ted Cruz is Hispanic. In fact, he’s most Latinos I grew up with. He is much like every member of my family. He is Latino like I am Latino.

Some months ago I sat down with my boyfriend at a table where a woman he knew was also sitting. I can’t remember how we got into it, but she was talking about being Latina (Honduran, to be specific)—sort of to herself, sort of to us—and how Latinos were all very different. I wasn’t listening very closely because I was trying to do some writing, but I suddenly hear her say “Honestly, I can’t deal with Cubans. Like, they’re just not…” She sort of hung on the phrase and let it ring, as if she had already said what she wanted to. I looked up and asked her what she meant. “It’s just, to me, they aren’t real Latinos.” It was obvious that she had missed my very telling facial expression, somewhere between “what the fuck?” and “is she paying attention?” I said “My family is Cuban.” She sort-of tried to recover, saying, “Oh well, I don’t mean all Cubans, I mean especially the ones from Miami.” I had to laugh. I said, “I’m from Miami.” She again tried to recover, saying “Well, my friend just tells me Cubans from Miami are really out of touch with the rest of the Latino world.”

I bring her up not to embarrass her or to use her as a strawman, but to show that this is not an uncommon view of what Cuban-Americanness is from other Latinos. It’s not even the only time I’ve had this kind of conversation.

In June of 2015, I was writing about Miami a lot. I was spending a few months in the Bay Area, where I lived in a mostly Latino neighborhood: Salvadoran and Mexican. If I was hanging out in my neighborhood, all the Latinos would address me in English—whether they spoke it well or not—and I’d respond in Spanish, the language of my family. When I moved around the poetry communities of the East Bay, I was often the only non-white person in the room. Maybe sometimes there was one other, or on a special night, three others. The neighborhood I lived in was my relief from a poetry community had almost nobody who acted like me, had my family history, or had my way of being in the world. But in that neighborhood I was white, I was English speaking—I was a tourist. It took two months for the woman whose restaurant I went to every other day to ask where I was from. She asked, “¿tu eres Cubano o Puertorriqueño?” It’s always a pleasure to say “both!” and smile like a kid who’s just pulled off a card trick.

The neighborhood I lived in was my relief from a poetry community had almost nobody who acted like me, had my family history, or had my way of being in the world. But in that neighborhood I was white, I was English speaking—I was a tourist.

Being raised in Miami is like being raised in a city you are convinced is not really there. Being raised Cuban in Miami is even more like that. My entire life, I heard people talk more about the conditions of Cuba, the food from Cuba, the government in Cuba, your cousin in Cuba, than I did about the city we lived in. On every other block a billboard “CALLS TO CUBA CHEAP” or “MAIL TO CUBA.” Miami takes a passenger seat in Miami.

At one poetry reading in the East Bay, hanging on the chipping walls, were three different Che Guevara posters. Ay, ay, ay. I told someone I thought that was inappropriate and they said they thought it was cool, in that way Californians say “cool!”

Anyway, that June I was writing so much about Miami, and I had already written poems about ex-boyfriends and the inevitable sinking of that shifty city. The spring before, I had written a long poem about war resistance that was framed by an invented ritual using objects of Latino Catholic magic, primarily the Abrecaminos candle. I bought that candle at a botanica in San Francisco for $4.50, much more expensive than the same would cost you in Miami, but I guess that’s just gentrification for you. I decided that the poem needed a sister, and that I could keep working with the materials I had just bought from the botanica. I didn’t have a lot—I was wasting all my money on rent. There were a few oils that I was wearing on my shoulders, some other candles that I hid from my anxious white landlady, a Tarot Deck I never fully learned how to use, some herbs here and there. I had a beautiful little 1/2 oz bottle of “Limpias” oil, which was that type of sickly green that turns black when concentrated, used for cleansing. When I first bought it, I thought, there’s a lot of toxic bullshit in my life, a lot of bad anxieties, a lot of messes I could use cleaned up—might as well buy the cleansing oil and use it for that, perhaps opposed to its usual purpose of cleansing in a ritualistic sense. Now, I thought, well, maybe I can get a poem out of this and put it next to “Abrecaminos,” but this one should be funnier and more stupid. I began writing narrow vignettes about Santería in Miami, and the immigrant city, and about slowly becoming more and more American so that you get blindspots within your own inherited culture. They looked like this:

I wrote these columns about the things I knew meant Santería, the way my family had taught me to sniff them out and be wary of them: chickens, black beads, men in white on Fridays, little white shells, sage, pumpkin seeds, black eyed peas, panties on railroads, etc. I was angry about feeling outside of my own community even as Hispanic but also outside of the artistic circles I frequented because I wasn’t white. So I put more anger and anxiety into writing about Miami, somehow always circling back to poetry’s vicious racism controversies of the last two years: the racist practices of poets who taught me how to write, their form becoming their whiteness in a public and violent way. I put those two long sister poems together and later added two short poems about the same subjects in between, a little slice of meat between two huge pieces of bread.

I have felt repeatedly insecure in calling the book that came out of all this, Oil and Candle, Latino writing, a “Latino book.” The book is about being Latino while not always having people believe you and sometimes not believing it yourself, about the syncretic (in various meanings), and the immigrant, and the exile, the small spaces most of us take up between fault lines. I’d like to prove that something is Latino about this, but Latinidad in my life has always been the process of losing Latinidad. It is defined by its filtration into other cultures, becoming stranger and bigger, inflating and turning purple like the kid in Willy Wonka.

My grandmother likes to joke that Fidel Castro died ten years ago, but they pump his veins with silicone and hold him up like a dummy anytime he needs to make a speech or appear somewhere. As my grandmother sees my Spanish get worse, sometimes better, always stranger as I age, and notices that I forget more and more what one tradition means and what day another tradition is celebrated, I think her jokes about Castro gain a more nostalgic edge. She says she’d like to vote for Ted Cruz because he is a good man, and he isn’t rude like Trump. She has been hopelessly Republican since long before I was born.

Gabriel Ojeda-Sague is a Latino queer Leo living in Philadelphia, PA. His first collection, Oil and Candle (Timeless, Infinite Light, 2016), is a set of writings on Santería, war, and the precarity of Latino-American lives. He is also the author of the chapbooks JOGS (2013), a re-writing of The Joy of Gay Sex, Nite [Chickadee]’s (GaussPDF 2015), a collection of Cher’s tweets on systematic racism and violence, and Where Everything is in Halves (Be About It, 2015), poems against death through The Legend of Zelda. 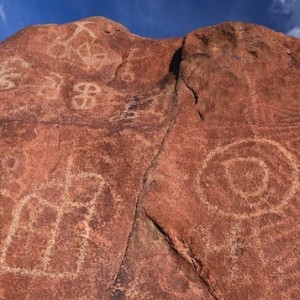 Tommy Pico's IRL is a sweaty, summertime poem composed like a long text message, rooted in the epic tradition of A.R. Ammons,...
© LitHub
Back to top