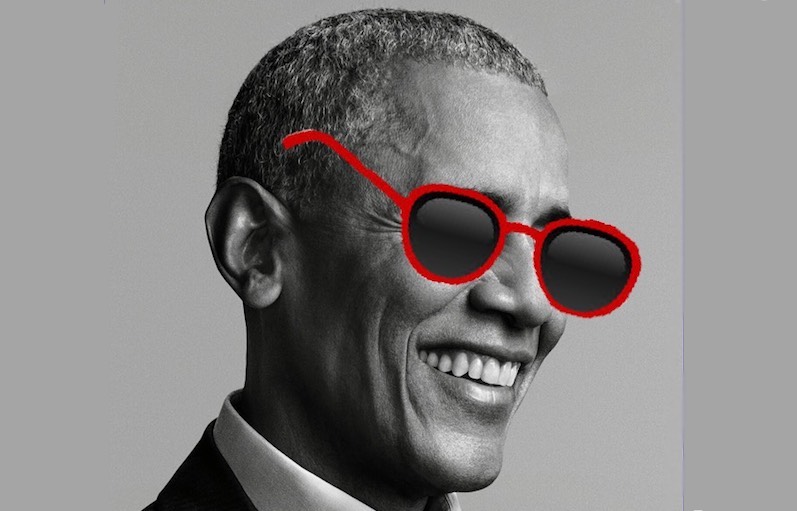 Even President Obama once used books to pick up girls.

We can add Barack Obama to our list of academic posers. In a section of his new memoir, A Promised Land, the former president describes reading books in college to impress girls he liked:

Looking back, it’s embarrassing to recognize the degree to which my intellectual curiosity those first two years of college paralleled the interests of various women I was attempting to get to know: Marx and Marcuse so I had something to say to the long-legged socialist who lived in my dorm; Fanon and Gwendolyn Brooks for the smooth-skinned sociology major who never gave me a second look; Foucault and Woolf for the ethereal bisexual who wore mostly black. As a strategy for picking up girls, my pseudo-intellectualism proved mostly worthless; I found myself in a series of affectionate but chaste friendships.

However, Obama is following in the footsteps of great men—in fact, of the very thinkers he faux-read. As @thomas_decker pointed out on Twitter, James Miller’s The Passion of Michel Foucault features Foucault telling this anecdote from his early education:

…In order to ingratiate myself with this boy who was very beautiful, [I] began to do his homework for him—and that’s how I became smart, I had to do all this work to just keep ahead of him a little bit, in order to help him. In a sense, all the rest of my life I’ve been trying to do intellectual things that would attract beautiful boys.

Crushes are so powerful that Foucault became Foucault for a crush. And the tactic makes sense; reading is hot, which we as writers for a book website love to remember.

Actually, this story is kind of uplifting. Next time a guy tries to hit on you by talking about Trick Mirror, be flattered—he might be the next president.