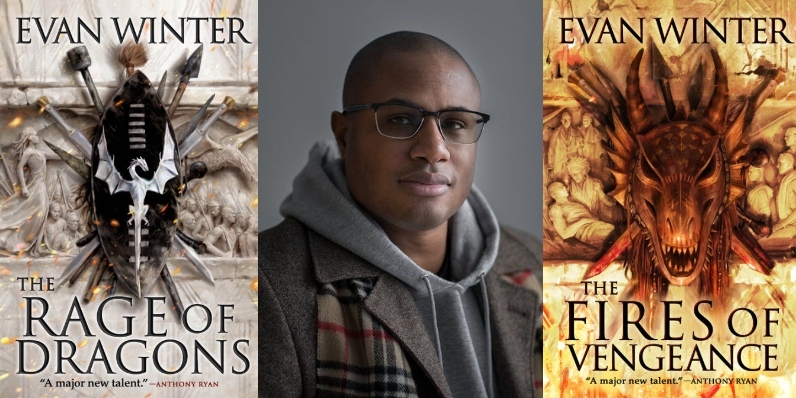 In order to reclaim her throne and save her people, an ousted queen must join forces with a young warrior in The Fires of Vengeance (Orbit, 2020), the second book of Evan Winter’s “relentlessly gripping, brilliant” epic fantasy series from a breakout author (James Islington).

Tau and his Queen, desperate to delay the impending attack on the capital by the indigenous people of Xidda, craft a dangerous plan. If Tau succeeds, the Queen will have the time she needs to assemble her forces and launch an all out assault on her own capital city, where her sister is being propped up as the “true” Queen of the Omehi.

If the city can be taken, if Tsiora can reclaim her throne, and if she can reunite her people—the Omehi might have a chance to survive the onslaught.

Gabrielle Mathieu: Much of your second book continues to focus on the Omehi warrior Tau. He’s a young warrior of common birth, but through lots of training and brave fighting, he transcends his class. And in the second book, he becomes the queen’s chosen warrior. Tao says, “We’ll burn our pain to ash in the fires of vengeance.” Can you elaborate a bit on his feelings and what he’s been through?

Evan Winter: Thank you for the question; that’s a great one. I think in large part, the reason that Tau feels the way he does—an overwhelming rage and frustration—stems from the fact that for his entire life, for the entire lives of everybody he knows that exists in his family, they have had so few options for leading an existence of security, of opportunity, of happiness. Everything can be taken away from them in an instant or at the whim of anyone from one of the higher classes. The Omehi are a strict caste society, and Tao and his family belong to some of the lower classes. Their lives are not treated as being of equal value to the lives of the nobles.

And so, typically what ends up happening for someone like Tao is they live out this very, very subsistence and meager existence until the day they die, either in war or probably from partial starvation or sickness. He finds a way to become very, very powerful in his society. And the books and the story are an exploration of what happens when someone who was powerless and was always meant to be powerless finally finds some level of power in a world and in a society that has always sought to grind the group to which he belongs under the heel of their boot.

GM: That’s very well put. So, a priestess, one of the chosen, tells Tao that the powerless think too simply. She obviously means him. She says, “They see things as either right or wrong, that the world and the purpose of those in it are distorted, misjudged, when reduced to so basic a binary.” On some level, does Tau experience himself as powerless, even though he’s an exceptional warrior?

EW: I think he does. I think that the history and the context of his past holds him to a certain level, even though he has, within the context of his society, managed to rise. It’s also the fact that all the people he knew growing up, all the people that matter to him within his social circles, are people that have not managed to find a path out of the misery that is sort of the natural state of their lives in the society.

The problem with being a person like Tau is that when there’s a societal structure that restricts people from being able to live equally among one another, just because someone like Tau, who is truly exceptional, manages to find a way out of that level of oppression, it doesn’t mean the society is more fair; it doesn’t mean that Tau actually has that much power, because everyone he cares about still suffers under that system of oppression.

Born in England to South American parents, Evan Winter was raised in Africa near the historical territory of his Xhosa ancestors. Evan has always loved fantasy novels, but when his son was born, he realized that there weren’t many epic fantasy novels featuring characters who looked like him. So, before he ran out of time, he started writing them.

A Conversation with Frankie Corzo, Narrator of Mexican Gothic by Silvia Moreno-Garcia 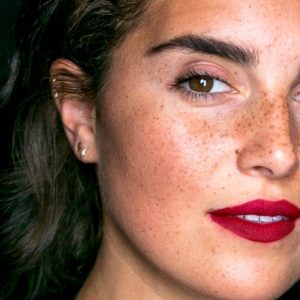 A Conversation with Frankie Corzo, Narrator of Mexican Gothic by Silvia Moreno-Garcia