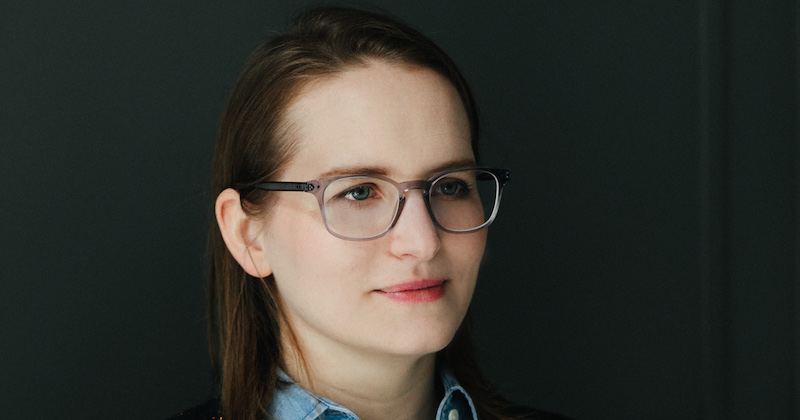 Eva Hagberg Fisher is the guest on this week’s Otherppl. Her new book, How to Be Loved: A Memoir of Life-Saving Friendship, is available from Houghton Mifflin Harcourt.

“The advice I was getting was to get a tent and sleep outside. That was the only way to decontaminate myself.”

Eva Hagberg Fisher: I was living in a tent in Arizona—

Brad Listi: As one does.

EHF: As one does—and left my entire life behind. I left my husband behind. At that point, he was there with me, but I was in the tent by myself. I wanted to write a book for my whole life. When I was in New York the first time, I was in my early 20s and I was like, I’m going to write an amazing memoir, I’m 23, and here is what’s up with life. I always had this drive for write, but I was waiting for something to happen and waiting for some sort of plot point. I was in this tent, and an agent approached me and asked me if I had anything I was working on.

BL: Wait, you were in a tent in Arizona?

EHF: Yes, an agent approached me over email. It would have been amazing if she had just walked into my tent. “Hi, I happen to be in Sedona. I felt your vortex vibe.”

BL: Right, I was going to say it was the energy vortices, clearly.

EHF: I was very close to one. So an agent emailed me and I sent some of the work that I had done, and I had sent this idea of a book. I wanted it to be about how friendship saved my life. I had the title. So I was living in this tent—

BL: Why were you living in the tent?

EHF: Well, I was allergic to the world. It was the only place I could be not sick. In the desert; Sedona, specifically. I tried other deserts, and it didn’t work.

EHF: Sedona worked . . . I’m allergic to a lot. Both inside things and outside things: trees, dust, mold. I have this disease called mast cell activation syndrome, which is sort of what it sounds like where my mast cells—which are allergic mediators and release histamines and produce anaphylaxis response—and mine were so acutely sensitized by spending a year and a half in a very moldy house that for a year I couldn’t handle any external stimulus.

BL: Because you were overloaded.

BL: I was going to say because anaphylactic shock can kill you.

EHF: Which I’ve had. I’ve had anaphylaxis shock that required multiple EpiPens . . . The advice I was getting was to get a tent and sleep outside. That was the only way to decontaminate myself. I was out of options and desperate, and my body was giving me these extraordinarily strong signals.

“I just think so many people are telling her, you’ll beat it this time because you beat it last time. It’s this glossing over of her own discomfort.”

EHF: Someone described the book as cheeringly brutal. That’s kind of my personal brand.

EHF: It’s a great brand. Someone will be like, Listen, a friend of mine has recurring cancer of various forms and tell me so, and I’m like, yep, it sounds like you have cancer. It’s not that I’m being dispassionate; I just think so many people are telling her, you’ll beat it this time because you beat it last time. It’s this glossing over of her own discomfort. I remember when my grandfather was dying and his breathing was changing, and my mom was like, it doesn’t look good. I woke up the morning he died and everybody said: It’s bad today. It doesn’t look good. I kept thinking, what would happen if we removed good and bad from this experience and be like, it looks like grandpa is dying today?

BL: This is dying.

EHF: Right, right, and we were just like, this is now an experience we’re doing. At the moment he died, everybody was being themselves the most. I was sitting there with one palm up and one palm down with my feet on the floor meditating. The palm down was to ground myself, and the palm up was my prayer, that I invite whatever is happening.

EHF: My one uncle, who works for a big tech company, he’s checking his Slack. My mom is very concerned and monitoring, which is sort of her vibe. My grandmother is looking at him lovingly. My uncle is also doing that. My aunt, in my memory, was drinking a Coors Light at 11am. Not alcoholically, but just trying to cope. We’re all ourselves right now. At the moment we realized he had died, my mom runs out of the room and tries to get as far away as possible. My aunt told me I should go find my mom.

BL: Were you still in meditation pose?

EHF: Yes. I was really trying hard to be like, this is not a mistake. That’s the thing with death: it’s not. He was super old, but is it a mistake when a young person dies? Maybe that’s a bad road to go down. I ran out and gave my mom a hug, and she was crying and I was saying, you’re doing the right thing. You’re doing so well. This crying is great. Keep crying. That experience felt really transformative for me. I kept calling people asking, have you ever been in the room when somebody died? A lot of people hadn’t. My father, who I think has experienced all things in the world, hadn’t. His mother had died a couple months ago and we were with her up to the moment of death, but she actually died when we weren’t with her.

BL: Which sometimes happens. Some people have to be alone. They want to be alone before they let go.

But That's Another Story Live: On Life-Changing Books 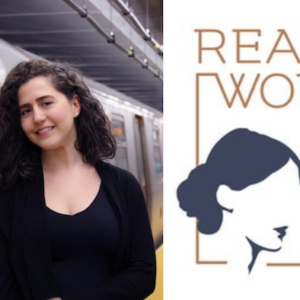 Today Kendra Winchester and Autumn Privett chat with Hollie Fraser and Rosy Kehdi, the founders of Books on the Subway and hosts...
© LitHub
Back to top