The The Peripatetic Coffin and Other Stories Writer
on First Draft: A Dialogue of Writing

This week on First Draft, Ethan Rutherford, the author of The Peripatetic Coffin and Other Stories, joins Mitzi to discuss his writing and his love for short story collections.

Mitzi Rapkin: The Peripatetic Coffin and Other Stories contains eight stories that are very diverse. There are men in submarines during the Civil War, a friendship between two boys, a mugging, and sort of a futuristic story about sandworms. There’s such a breadth of stories. What does that reflect about your mind?

Ethan Rutherford: That’s a question I’m sure my wife would love to hear as well, as she’d love to hear the answer to that. For me, I like veering tonally when I read short story collections. I like short story collections that don’t restate the same thing over and over and take you far away into different events. When I sit down to write it’s a version of that question, “Where do I want to go today? Where do I want to spend my time?” Sometimes that was aboard a submarine; sometimes, it was in the future aboard a futuristic whaling expedition. Sometimes it’s in your own memory in the sort of nostalgia for the mid-80s and Brian Bosworth and the Seattle Seahawks.

As a reader, I like short story collections that are coherent, but the setting works in a way that is different than in other collections that perhaps have reoccurring characters and are set all over the course of the same period of time. I have a little bit of a restless imagination that I feel like if I’ve said something in a particular way, I’m better off just leaving it alone and not restating it and going off and sort of going further afield in writing the kinds of things that I am interested in. I’m also a musician, and I found that the albums I like are the albums that take you on sort of a journey. There are some fast song, and there are some slow songs. There’s a song written a minor key, and there are some songs in a major key. It was definitely on my mind, thinking about a book as an album, and where you place the stories and the kind of journey that you want people to take.

As for what it reflect about my mind, I think it just has to do with my interest in wanting to go somewhere and be transported.

Ethan Rutherford is the author of The Peripatetic Coffin and Other Stories, which was a finalist for the Los Angeles Times Art Seidenbaum Award for First Fiction, a finalist for the John Leonard Award, received honorable mention for the PEN/Hemingway Award, was a Barnes & Noble Discover Great New Writers selection, and was the winner of a Minnesota Book Award. Rutherford received his MFA in Creative Writing from the University of Minnesota and now teaches Creative Writing at Trinity College.

Lia Purpura on the Horrified Wonder and Holiness of Death 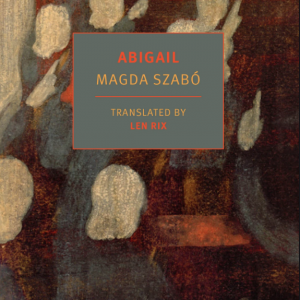 The  change that came about in her life robbed her of so much it was as if a bomb had destroyed her home. Her first loss...
© LitHub
Back to top