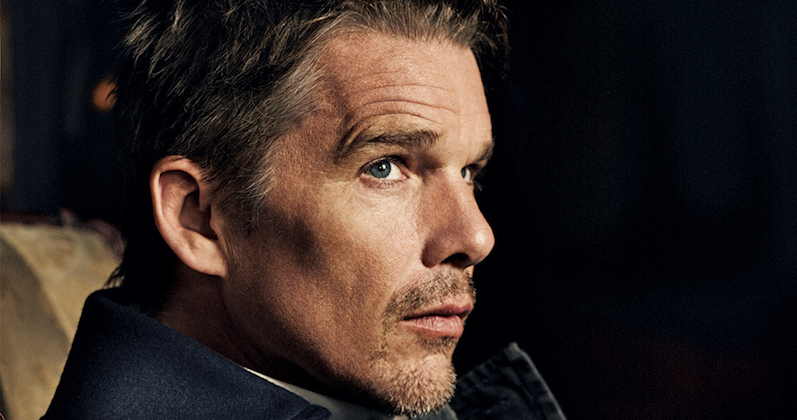 Congratulations to Ethan Hawke, star of my favorite film (Gattaca) and arguably the most bookish man in Hollywood, who has, with today’s inclusion in the (web) pages of the New York Times Book Review, completed his Literary World Bingo Card!

(i) Star in an Broadway, Off-Broadway, or West End play. Bonus points if it’s Shakespeare, Ibsen, Chekhov, or Beckett.

(ii) Write a book. Bonus points if it’s a novel.

(iv) Use your Hollywood clout to get an ill-advised literary passion project made and/or write a screenplay for a movie. Bonus point if you direct it yourself.

(v) Write a book review for a newspaper of record.

As I’m sure you can imagine, this is no mean feat. Few have tried. Even fewer have succeeded. In fact, it’s generally considered easier to achieve an EGOT than it is to complete the fabled LitWoBingCo. There is no air more rarefied.

So how did Hawke go about it? The answer is quietly, methodically, and emphatically, over the course of a quarter century:

(i) Hawke, who is a great-nephew of Tennessee Williams on his father’s side and who has described theater as his “first love,” made his Broadway debut in 1992 at the tender age of twenty-two, portraying the playwright Konstantin Treplev in Anton Chekhov’s The Seagull. Since then he’s founded his own theater company, directed three Off-Broadway productions, been nominated for a Tony and a Drama Desk Award, and performed Stoppard, Shepard, Shakespeare, and more on multiple occasions.

(ii) A book. Anybody jackass can write a book. My main man Hawkey has penned not one, not two, not five, but four books. Three novels and a graphic novel, to be more specific. You could teach a course on his fiction alone.

(iii) E-Hawks didn’t just serve on a jury, he created a whole new literary award. Back in 2001, Hawke co-founded the Young Lions Fiction Award, an annual prize for achievements in fiction by authors under the age of 35. For these efforts, the New York Public Library honored him as a Library Lion back in 2010.

(iv) Once again, ‘ol Hawke-Eye doesn’t do things by halves. Aside from serving as writer, director, and producer of the 2018 Blaze Foley biopic Blaze, with the 2007 indie The Hottest State Hawke became perhaps the only person to ever script, direct, and star in an adaptation of their own goddamn novel. What a flex.