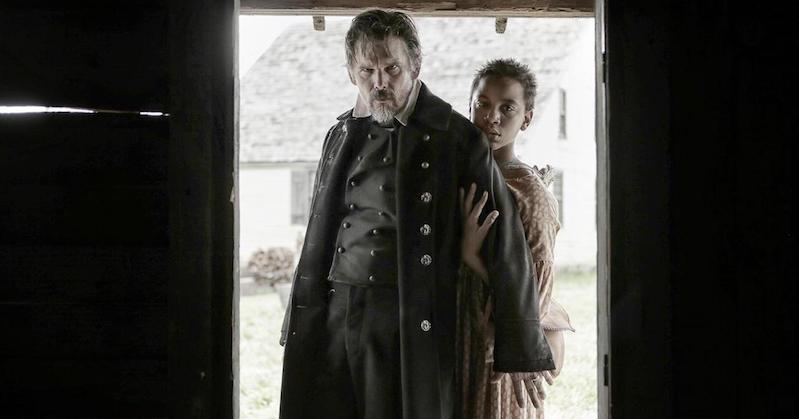 It looks like Ethan Hawke’s stint as a contemplative Protestant minister struggling with his faith has given way to Phase Two. In the forthcoming Showtime adaptation of James McBride’s novel The Good Lord Bird, Hawke stars as the God-fearing firebrand abolitionist John Brown.

The Good Lord Bird received the National Book Award for Fiction, among other accolades, when it was published in 2013. It tells the story of Henry, a slave boy in Kansas nicknamed “Little Onion,” who runs into Brown after his father is killed. The abolitionist mistakes Henry’s lithe features for that of a girl, gives him a dress to put on, and the two set out on a series of misadventures, running into the likes of Frederick Douglass (played by Daveed Diggs in the show), Harriet Tubman, and others.

Hawke’s take on Brown is like if Will Ferrell channeled Daniel Day-Lewis playing Daniel Plainview (and maybe Plainview acting like Lincoln). That’s meant as a compliment.

McBridge’s breakout novel has been called a satire in the vein of The Adventures of Huckleberry Finn. John Brown is best-known as the leader of the bloody 1859 raid on Harper’s Ferry, Virginia. That event was one of many that helped precipitate the Civil War, and Brown has been polarizing as a historical figure. His sympathizers tend to view him as a well-meaning and determined but somewhat foolish man, in thrall to his own principles no matter the consequence.

If the TV series remains faithful to the spirit of the book—and the glimpses of Hawke, Diggs, and newcomer Joshua Caleb Johnson would seem to confirm it—it’ll be an irreverent romp, more like Django, let’s say, than whatever Free State of Jones was.