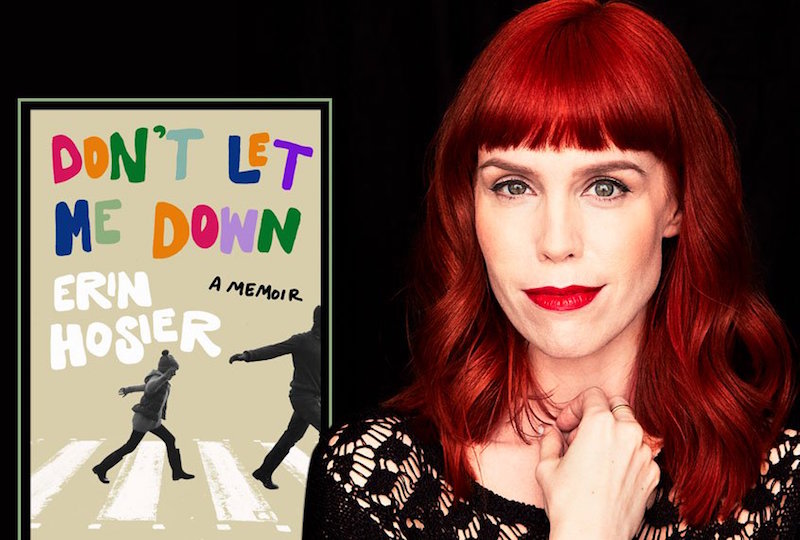 Erin Hosier is the guest. Her new memoir, Don’t Let Me Down, is available from Atria Books. Hosier is also the coauthor of Hit So Hard by Patty Schemel (Da Capo, 2017). She has been a literary agent since 2001 (currently with Dunow Carlson & Lerner), and was an original co-host of the Literary Death Match. As an agent, she primarily works with authors of nonfiction and has a special interest in popular culture, music biography, humor, women’s history (and untold stories of all kinds). She lives in Brooklyn.

Erin Hosier: I somehow didn’t think of myself as a writer. I thought that would elude me. I could escape the necessary depression that comes, and the panic of the blank page.

Brad Listi: It’s so effortless. On the page it comes across as you are in control of the material.

EH: I never felt in control the whole time that I was writing it. Also, I hated it and hated myself for taking it on. Several times, I was like I need to give this money back and bow out. However, something wouldn’t let me and to keep going. Part of it was my agent, and, of course, I was broke after a while. I had to keep forging ahead.

BL: But that can be a good pressure: whatever it takes.

EH: Yes, but it felt bad. I lost my confidence and then I went on a medication that didn’t work for me and that can fuck up a writer.

EH: Yeah, like something for one’s brain but an anti-depressant. It just took months and months to work, and I just couldn’t get back to myself where I felt that I was in control of this narrative.

BL: What was the turning point? It’s nice to think there was a moment or a pivot where you think that it flies out of you, but most often—for me anyway—you just start to plot and then you look up and all of a sudden there are 20 pages done. Then you go back into a funk for a week and then come back again. Was that how it was?

EH: A couple things happened. One was classic publishing nightmare but that was good for me because it gave me more time. Originally, I sold the book to The Free Press, which is an imprint that is now to the right politically in the Simon & Schuster family but wasn’t that at the time. For a while, that imprint went under and I got to keep my editor and book contract but they moved it over to another imprint, Atria.

BL: Which is great.

EH: That was great. Then I was a year late turning in my draft, as I got an extension.

BL: Can I ask you a question: For people listening, what happens—and you can speak about this as both an author and an agent—when an author has a deadline for a book that was sold on proposal and they miss the deadline, is there a financial penalty?

EH: There is not a financial penalty but contractually they can say that you didn’t deliver and we’re going to cancel this book. Typically, you’ve signed the contract and have collected on a portion of the advance—usually a third or a quarter of the advance—and you’d have to pay that back. If they cancel it, they’ll usually let you pay it back with proceeds from when you sell it again, if that’s what you do. Publishers, from what I’ve seen, typically won’t sue you. . . . It just doesn’t follow through so they don’t like to do it, but they will get frustrated and angry, and they can cancel your book. It’s a lot of pressure, and working in the business all these people know me, so there’s that paranoia. Did they just buy this [because I work in the business]?

BL: All the head games, and you know everybody.

EH: Right. When I turned the book in earnest to the editor, which was 400 pages and classically overwritten, she wasn’t able to devote any time to it. I was lucky to get this pass, and another year passed. . . . I was relived to have the extra time to make it better and to feel better and stronger about myself as a person. How I finally got the main draft down was that in 2013 when I moved home to Ohio into my mom’s house for six months and worked remotely from there, which anyone can do when they work in publishing but not for a house, I was able to interview her and get her blessing and eye on some of my pages, which is unusual for a memoir writer that is exposing a lot of family secrets. She was very generous with me, giving me permission, validating my memories, thinking of things that I hadn’t thought, and providing a lot of back-story of things that I wouldn’t have known as a child. 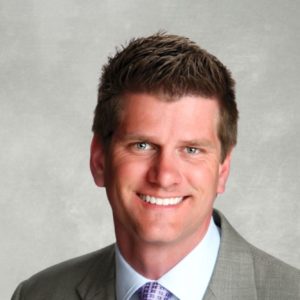 “The role of a leader is to model, engage and inspire people,” Scott Miller, author and executive vice president at Franklin...
© LitHub
Back to top