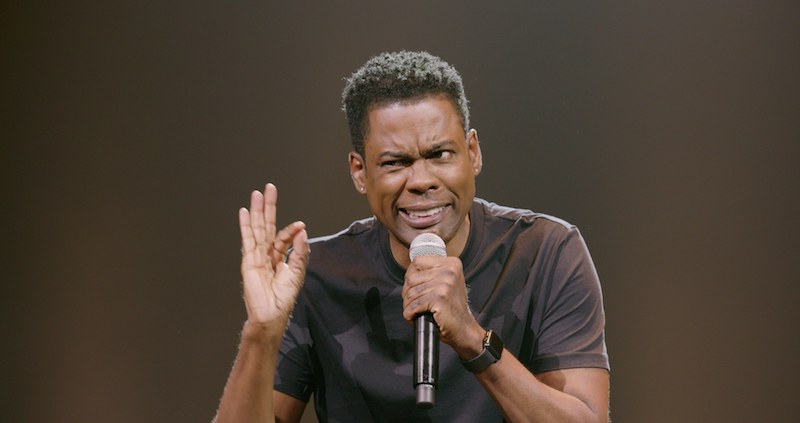 Epic scams, Rear Window meets Get Out, and Chris Rock: the week in book deals.

Editor-in-chief of DAME Kera Bolonik has sold a book based on her New York magazine feature: Gullible will be “a true crime story about two women who targeted educated straight white men in Cambridge, Massachusetts in an epic scam, delivering a meditation on the meaning of privilege, family, sex, power, truth, and the importance of agency.” Read the original piece and you’ll be sold.

Here’s another book deal based on a magazine feature: New Yorker staff writer Sam Knight has sold The Premonitions Bureau, based on a piece from March, which is “about an experiment in 1967 in which an interest in the occult set up an organization to collect peoples dreams and forebodings, to compare them to actual events and serve as an ‘early warning system.'” Rights have already been sold at auction in the UK, Italy, and France, and Amazon Studios has already optioned the book, with Anne Carey and Amy Nauiokas at Archer Gray (Can You Ever Forgive Me?) attached to produce.

Beloved romance writer Alyssa Cole has sold a thriller! Displaced is being pitched as “Rear Window meets Get Out, set in a Brooklyn neighborhood where gentrification takes on a new meaning when a local resident and an outsider discover their disappearing neighbors may not have been just moving to the suburbs after all.” Excited to see what Cole does next!

Apparently Chris Rock is still around, and he has sold a book entitled My First Black Boyfriend, which Publishers Marketplace describes as “a collection of humorous essays about relationships and race, that ‘point out things that maybe need to be pointed out in our crazy world.'” Ok!

Hunter MFA and Aspen Words Emerging Writer Fellow Sangamithra Iyer has sold a memoir entitled Governing Bodies, which is being pitched as “a reckoning of the ways bodies—human, animal, and water—are controlled and liberated, intertwining the story of her paternal grandfather, who quit his job as an engineer in colonial Burma to join the Freedom Movement in India, with her own journey as an engineer and activist.”

Our debut of the week is Michigan MFA grad Nawaaz Ahmed’s Sings Like a Bird, which explores “the refractive nature of family and belief through the complicated relationship of two Muslim Indian sisters—one lesbian, the other religiously devout—over the course of one week in San Francisco after the 2008 elections, capturing an America simultaneously electrified by the ascendance of its first African-American president and fracturing under ideological stresses.”