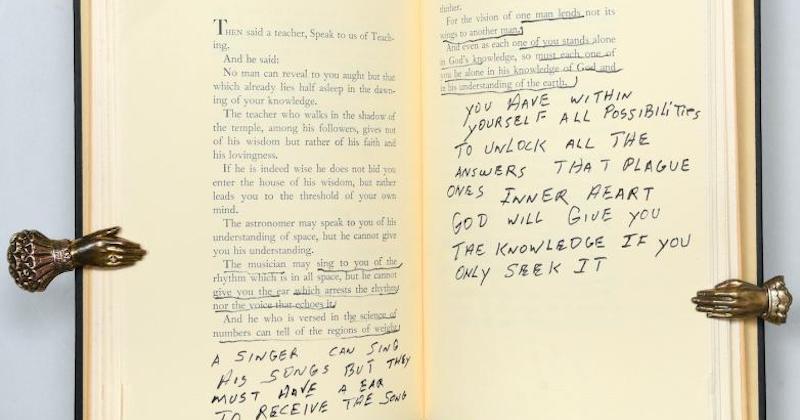 Elvis’s annotated copy of The Prophet, gifted to his bodyguard and close friend, is on sale now.

Good news for fans of Elvis, or Kahlil Gibran, or annotation: Elvis Presley’s annotated copy of Kahlil Gibran’s prose poem collection The Prophet is on sale now from Peter Harrington for £19,500.

Presley loved The Prophet, reading it so often that he memorized it; he gave annotated copies to several friends. This particular copy was given to Ed Parker, founder of American Kenpo Karate, who became Presley’s close friend, sparring partner and occasional bodyguard after Presley introduced himself during a karate demonstration Parker was leading in 1960. Presley referred to Parker as “Kahuna”, and, on occasion, his “second daddy”.

In Parker’s memoir, Inside Elvis, Parker recalled that Presley “was keenly aware of his mortality, and felt impelled to learn how man and the universe interact.” So explains his deep connection to The Prophet. Said Pom Harrington, owner of Peter Harrington, of the copy on sale: “It is a really wonderful association copy, extensively annotated and underlined by the King himself, and has a compelling personal connection to an individual who had a significant influence on Elvis’s personal fascination with the martial arts.” 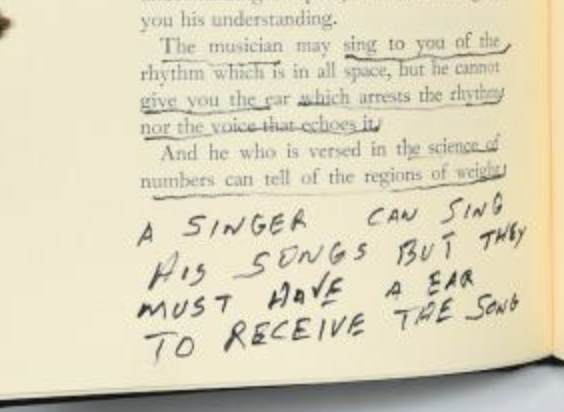 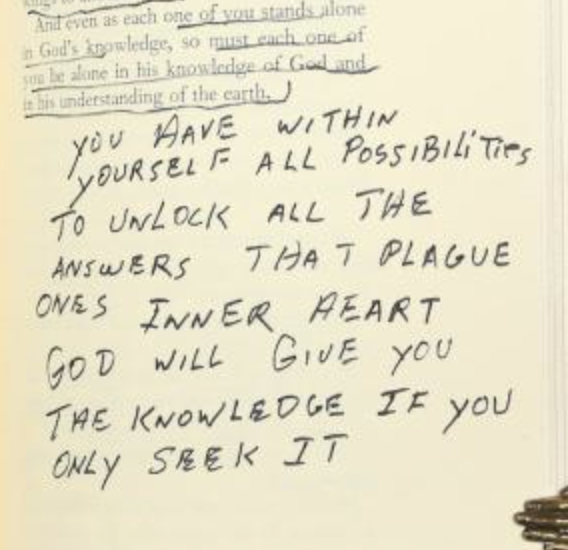 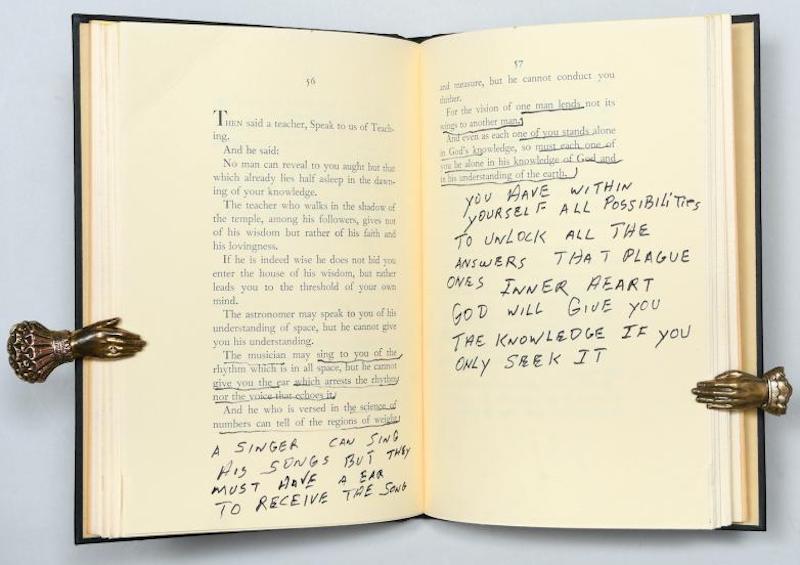