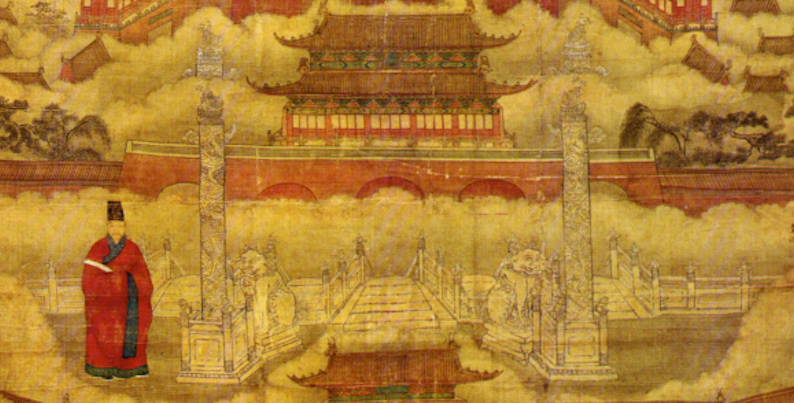 The Author of City of Ink In Conversation with C. P. Lesley
on the New Books Network

In City of Ink, the third of Elsa Hart’s mystery novels set in early 18th-century China during the reign of the Kangxi Emperor and featuring former imperial librarian Li Du and his storytelling friend Hamza, Li has returned to his former home of Beijing.

His intention is to learn more about the events that led to his own exile from the capital years before, the result of guilt by association. But he soon discovers that the imperial library has been closed since his departure, and to make ends meet, he takes a job with his former brother-in-law, in charge of the North Borough Office. When, on the eve of the imperial examinations, a young woman is murdered at a tile factory in the North Borough, Li accompanies the investigator to the scene of the crime. The case appears clear-cut, since the victim turns out to be the wife of the tile-factory owner, and she is found with a man whom everyone assumes to be her lover. Clearly, this is a crime of passion, committed by the jealous husband. The authorities rush to endorse this explanation, since crimes of passion are not punishable under the law and the whole matter can be neatly swept under the rug before the imperial examinations begin.

But no case associated with Li Du is ever what it seems. As he and Hamza chase the real solution through the locked alleys of Beijing and past the city walls into the surrounding territory, Hart’s richly informed, beautifully detailed, and wonderfully complex yet satisfying story plays out against the backdrop of early Qing China, with its rebels, dynasts, foreign visitors, and ordinary folk with conflicting motives—not to mention Li Du’s own troubled past.

Elsa Hart: The first two books are set really on the borders of China, the very edges of its empire. And City of Ink . . . to Beijing and the inspiration of it really had to do with Li Du’s own story as a character. In the first two books he’s venturing farther and farther from the center of China but by the end of the White Mirror he learns something about his own exile but that turns it into a mystery to be solved. So a return home for Li Du was always inevitable but I was excited to bring him into an urban atmosphere and explore that different mystery, logistics, and plot structures that that offered.

CPL: Let’s talk about Li Du, I mean, he really is a wonderful character. What’s his backstory as much as you want to tell us and how would you describe him as a personality?

EH: Li Du. Ah dear Li Du! When we meet him he’s in exile but before that he was a librarian working in the Forbidden City in Beijing and we learn that his families had hopes that he would rise a little higher within the ranks of the bureaucracy, you know possibly becoming a magistrate. But he became a librarian partly because of the influence of his mentor who is a man named Shu, and we find out that Shu is the reason for Li Du’s departure from Beijing. Shu was found guilty of plotting against the Emperor and he was executed for his crime and Li Du, as his close friend, was sentenced to exile. So that’s his backstory and it took me a lot of time and a lot of different sources to find Li Du as a character. But he was inspired in part by an actual 17th century Chinese traveler . . . and Li Du carries his travel journal with him throughout the book. When I was in China, I was reading a classical Chinese poetry in English beginning with these beautiful translations of ten dynasty poems and I was very moved by the language of exile in those poems, so that combined with these journals, brought Li Du to a new kind of life for me.

CPL: Li Du has come back to Beijing with a specific plan, but by the time we meet him at the beginning of City of Ink it’s two years on and things haven’t worked out quite as he expected, in part because of all these documents that you’ve mentioned. But what is his situation at the beginning of the story?

EH: Yes, so we find Li Du working in a somewhat humble administrative position working in the south city; he’s essentially working for a local constable and, two years have passed since we’ve left off and he wears glasses now which have been given to him by one of his Jesuit acquaintances and, so . . . I can’t remember exactly when I made the decision to have that time pass but I did want to give him that new sense of struggle, that he came back full of fire to solve this mystery of his past. And he found himself getting himself a little lost in the paper trail, in the labyrinth as I mentioned before, he has a tendency to gravitate towards quiet, internal places, and he is a little bit direction-less by the time we meet him.

CPL: And how does he get involved in this mystery? Sketch the setup for us.

EH: So the crime in the City of Ink is a double murder and the bodies of a man and a woman have been found in a black tile factory that produces the roof tiles—the standard roof tiles that covers the houses in Beijing. The man is a relatively high ranking official. The woman is the wife of the factory owner. So the woman’s husband is the prime suspect; it seems like it’s a crime of passion and because Li Du’s boss—this crime falls within his jurisdiction, you know, Li Du is brought along to investigate.

CPL: The crime is taking place in the lead-up to the imperial examinations. So talk about that part of the story.

EH: Yes, I loved reading about these, I just, the details, the anecdotal details are just wonderful. So the examinations—for any man who aspired to become an official in the bureaucracy passing the civil examinations was essential and these took place—there were several rounds of this, it was a complicated process—but essentially every three years in the Capitol. And in the weeks leading up to these tests Beijing just completely transformed; there were thousands of hopefuls pouring into the city. They came on horseback; they carried these fluttering banners that identified them as exam candidates and the inns filled up completely. And in addition to servants and family members, the candidates brought all these anxieties and superstitions, and they’re all these charlatans selling these potions to have you concentrate. But part of the reason why it was so tense was because, you know, you had thousands and thousands of candidates and because of a very limited quota system, a very limited number of them could pass. There was a place for about 200 so the atmosphere was incredibly tense and competitive and a good setting for emotions to run high. 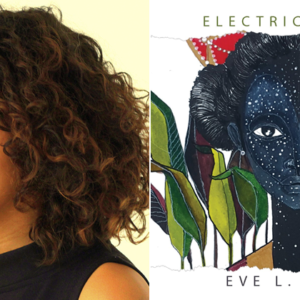 I have no idea how one goes about adapting a poetry collection into a TV series, but it looks like I'll find out soon—AMC...
© LitHub
Back to top