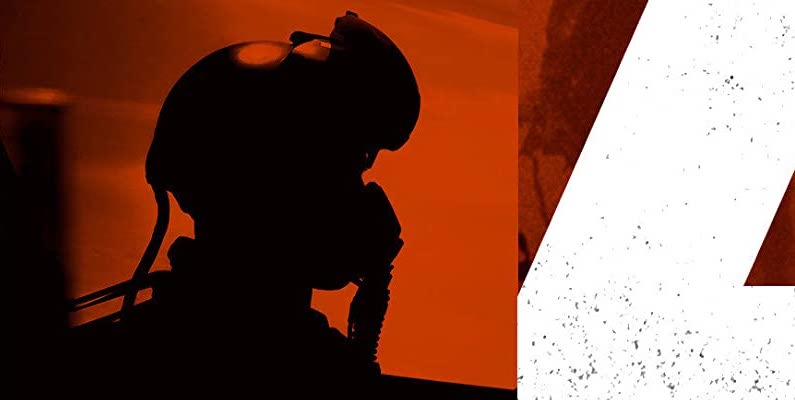 Elliot Ackerman on Exploring US-China Relations in His New Book

The next world war is 13 years away—that is, if you live in the world envisioned by Elliot Ackerman and James Stavridis, 2034: A Novel of the Next World War.

When writing about the intersection of combat and diplomacy, the co-authors draw from experience. Ackerman has worked in the White House and served five tours of duty as a Marine in Iraq and Afghanistan, where he received the Silver Star, the Bronze Star for Valor, and the Purple Heart. Stavridis, a retired United States Navy admiral, served as NATO Supreme Allied Commander Europe and, after leaving the Navy, as the dean of the Fletcher School of Law and Diplomacy at Tufts University.

2034 plays out a what-if scenario, starting with an incident between the Chinese and U.S. that escalates into a major conflict. “You could certainly say right now, vis-a-vis the United States’ relationship with China, that if we’re not in a Cold War, we are at least in sort of the foothills of a Cold War,” Ackerman says.

n real life, Ackerman feels that a conflict between the U.S. and China is possible—but not inevitable. “It’s a cautionary tale. There’s still time to take the exit ramp,” he says.

Rob Wolf: I’m sorry Admiral Stavridis wasn’t able to join us because I’m fascinated by writing partnerships. How did it come to pass that you wrote a book with a four star general who was formerly the Supreme Allied Commander at NATO?

Elliott Ackerman: The concept of the book was the admiral’s idea. You could certainly say right now vis-a-vis the United States’ relationship with China that if we’re not in a cold war, we are at least in sort of the foothills of a cold war. Jim has always been a great reader, and he looked out at our last cold war, and it was filled with literature—books like The Third World War by Sir General Sir John Hackett, On the Beach [by Nevil Shute] or films like Red Dawn or Dr. Strangelove. There was just this rich body of literature, film and stories, all imagining what … war would look like against the Soviets. But if you looked at this contemporary cold war, there’s nothing.

And so Jim had the idea: Wouldn’t it be fun to imagine what that war could look like? So he approached his editor at Penguin Press, Scott Moyers, and Scott said, “Well, you know, if you’re going to do this, you should really work with a novelist. And hey, aren’t you and Elliot friends?” Scott’s actually also my editor at Penguin Press. What Scott didn’t know at the moment was that Jim and I had already been friends for the better part of a decade. We were both graduates of the Fletcher School of Law and Diplomacy at Tufts University, which is their school for international affairs. Jim, when he retired from the Navy, went on to be the dean of the school, and he had actually already asked me to come and serve as writer in residence at the school for a semester.

RW: It seems to me that every month our relationship with China gets worse. I wonder if you feel like things have evolved since you started writing this book and since it’s come out. Have things moved more in the direction you portray in the book or have you seen something different?

EA: We first started talking about this book in November or December of 2018. So if we think of everything that has happened in the interim—the coronavirus, our relationship with the Iranians or the withdrawal from Afghanistan or, on the domestic front, things like January 6—we’ve done a lot of living in these three years. Specifically vis-a-vis our relationship with China, I was going to say it’s evolved, but really I would say devolved. Unfortunately, we’ve seen conditions get worse and worse. And since the book has come out, we’ve had a lot of people give us nice reviews, nice comments, but one consistent criticism—which I would say is right on the money—is people have said, “Hey, you know, we love the book. It’s great. But you did get one big thing wrong. The year is not 2034. If this is going to happen, it’s going to happen before 2034.” And I would say, given the pace of our deteriorating relationship with China, that is not a comment without some merit.

RW: Given that you and the Admiral bring so much personal knowledge and experience to the story, were there any particular areas where you needed to do extra research?

EA: We obviously wanted to make sure that we had everything right when we’re describing things on an F-35. I have friends who work in marine aviation, so I want to make sure I wasn’t misremembering anything or when there were specific platforms, you know, making sure that, the research I was reading tracked with people’s experiences. So, here and there, yeah, details on the margins and some of the stuff that had to do with cyber warfare, we wanted to make sure we had everything right. But I would say the broader scenario is one that is more deeply rooted in our respective experiences, and that was what we were drawing from.

Elliot Ackerman is the author of the novels Red Dress In Black and White, Waiting for Eden, Dark at the Crossing, and Green on Blue, as well as the memoir Places and Names: On War, Revolution and Returning. His books have been nominated for the National Book Award and the Dayton Literary Peace Prize. He is both a former White House Fellow and Marine, and served five tours of duty in Iraq and Afghanistan, where he received the Silver Star, the Bronze Star for Valor, and the Purple Heart. 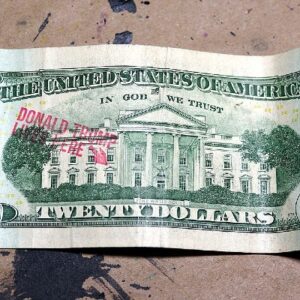